Food Loss at the Farm Level Prevailing estimates of food loss at the farm level are sparse and often reliant upon grower surveys. A more comprehensive review of food loss at the farm level using field surveys is required to gain an adequate understanding of the depth of this issue. This paper details the results of 123 in-field surveys and 18 in-depth interviews of 20 different, hand-harvested field crops performed largely on midsize to large conventional farms in northern and central California. We also provide estimates of the percentage of fields that go unharvested, commonly known as walk-by fields. The results show that food loss is highly variable and largely dependent upon the crop, variety, market price, labor costs, grower practices, buyer specifications, and environmental conditions. On average, we found 11,299 kg/ha of food loss at the farm level, which equates to 31.3% of the marketed yield. When walk-by losses are included, this figure rises to 33.7%. Our paper also demonstrates that grower estimates are typically very unreliable for estimating on-farm food losses. Actual, measured edible food loss exceeded growers’ estimates by a median value of 157%. Strategies to utilize this lost produce could play a significant role in reducing the impact of agriculture on the environment and providing food for the rapidly growing population.

Most people are familiar with the narrative of the college students surviving on caffeine, ramen noodles, and free food. Unfortunately, this narrative speaks to a greater problem that exists on many college campuses— food insecurity.

Over the past six months, Professor Christopher M. Bacon and his student researcher Chloe Gentile-Montgomery have been executing their plan to assess food in/security on Santa Clara University’s campus. At this time, the majority of college food insecurity research focuses on public, not private, universities. Student food insecurity has not yet been systematically studied at Santa Clara University, and potentially effective programs to address the problem could be further developed. In the context of additional hardships associated with COVID-19, the problem of food insecurity among college students is likely becoming a much bigger issue.  Although we recognize the importance of addressing hunger among all vulnerable populations, especially those that are not currently college students, we also want to help explain and respond to a pressing issue in our shared Bronco community.

The research team recently welcomed two CFIE student researchers, Julia Jenak and Ben Grundy, who will be assisting with focus groups, interviews, literature review, and data analysis. In collaboration with the Environmental Justice and Common Good Initiative, CAS's REEL Program, the Bronco Food Insecurity Program and the Multicultural Center this team will explain food insecurity and efforts to foster food sovereignty, an approach that recognizes student ideas, ethics, and values and uses them to help generate potential solutions.

Select from the following categories 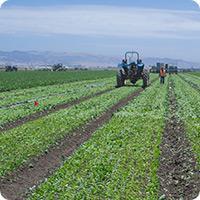 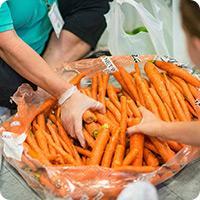 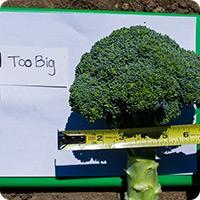 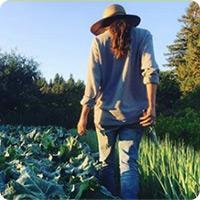