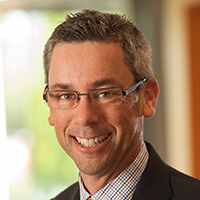 Tim Cabral had served as CFO of Veeva Systems from February of 2010 to September of 2020. As CFO, Cabral helped the company grow from ~$10m in annual revenue to now well over $1bn. In addition, Cabral was instrumental in the company’s very successful initial public offering in October of 2013 which raised over $300m in primary and secondary capital and has seen an increase of market capitalization since the offering of more than 10x.

As CFO, Cabral was responsible for the Company’s Finance/Accounting function, Investor Relations, Employee Success and Legal teams. Together with the leaders from each of these functions, Cabral helped to build out a global G&A organization from a handful of professionals to nearly 150, as Veeva has grown total employee count from 50 to nearly 4,000. In this role, Cabral has ultimate responsibility of the Company’s financial reporting, investor facing interactions, and effectively articulating the Industry Cloud messaging to investors.

Mr. Cabral played a key strategic and operational role in five acquisitions, included one valued at $550m for an industry data analytics company that was headquartered in NYC. In all three cases, the post-acquisition integration was ahead of schedule and these acquisitions outperformed on the value created and targeted synergies.

During the last nine+ years, Cabral played a direct role in Veeva’s global growth. Starting in 2010, he helped the Company hire leaders and build a presence in Europe, China, Japan, Asia, and LATAM. Through working closely with local leaders, Cabral helped build out the Company’s 30+ subsidiaries, and the network of local advisors to support the headcount growth, which internationally went from zero to over 1,000 today.

Prior to Veeva, Cabral was a senior finance executive at PeopleSoft, running the Corporate FP&A organization as well as leading an Operational Finance team supporting the Product GM organizations. Mr. Cabral worked closely with the Executive VP of Products and Technology to build out the GM structures, enabled reporting to help manage P&L responsibility for the GM’s and managed critical projects like QBR’s and product profitability. After leaving Peoplesoft, Cabral founded a cloud company, Agistics.

Mr. Cabral has had board experience in the past, joining the Apttus board in October of 2017 through the successful sale of the company to Thoma Bravo. He is currently on the board of ServiceTitan and Doximity and serves as the Audit Committee Chair.

Mr. Cabral graduated with a bachelor’s degree in finance in 1989 and finished his Master’s in Business in 1995, both from Santa Clara University. This Fall, Cabral started to teach a MBA class at Santa Clara. He and his wife, Julia Cabral, have two adult children and live in San Ramon, California.