In this very exciting program to the Czech Republic, we will be visiting Prague, considered one of the most beautiful cities and known for a remarkable past.  Prague is a political, cultural, and economic center of central Europe.  Prague was the main residence of several Holy Roman Emperors, most notably of Charles IV. It was an important city to the Habsburg Monarchy and its Austro-Hungarian Empire.

Prague is home to a number of well-known cultural attractions, many of which survived the violence and destruction of 20th-century Europe. Main attractions include Prague Castle, Charles Bridge, Old Town Square with the Prague astronomical clock and the Jewish Quarter,  Since 1992, the extensive historic center of Prague has been included in the UNESCO list of World Heritage Sites

The program fee includes in-country hotel accommodations, private coach and English-speaking guide, sightseeing, meals, and drinks as listed in your itinerary and cancellation insurance(per plan described)  This in-country fee is in addition to the 4 units of tuition. 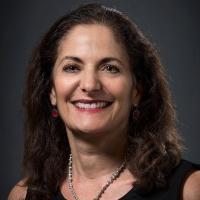 This intensive 7-day trip offers students the unique opportunity to examine various and complex issues relating to conducting business from the perspective of experts in that country. The program is designed to be an in-depth exposure to relevant cultural, legal, and sociopolitical aspects of the business environment, as well as to gain an understanding of what it means to be in a different market of the global marketplace. Professionals and experts who work and teach in the country will provide unique insights and expertise on multi-faceted aspects of the business environment during at least 7 company visits.

This course carries four units of credit, and is taught by faculty who are responsible for conducting eight hours of SCU classes, all sessions in-country, grading the student’s academic submissions, and providing final grades.  There will be mandatory pre-trip classes on campus.

The fees for this class are as follows:

Enrollment will be by application only. The application link will be available on this website and will open at 12:00pm PST on Friday, October 15th. Applications are timestamped. Priority will be given to students based upon units completed and order of applications received.  Space is limited and typically fills up quickly.

Students are expected to complete selected reading assignments before class, actively participate in class discussions, and be prepared for all in-country company visits.  Typical course assignments are as follows:

There will be a minimum of 7 company visits while in-country.

Students will be required to read textbooks, articles and case studies, to be determined and selected by the Faculty Director prior to the start of the in-country session.

Attendance at all sessions, both at SCU and in-country is mandatory. In addition to the lectures, company visits, and any additional networking or other events in-country, students will be required to attend eight hours of lectures with the faculty director and guest speakers, at times to be scheduled during the quarter on weekends prior to the departure date.  A syllabus with specifics will be distributed at the first class meeting.

Global Perspectives enrollment is through an application process. Students must complete the application and meet all the requirements to be considered for the course. Note:  Students will be charged a non-refundable $500 deposit if their application is accepted and the student commits to participate by the required deadline.  Deposit is non-refundable unless the trip is canceled.

All students are expected to meet the following requirements at the time of application, as well as throughout the period leading up to and including the designated Global Perspectives Business course:

Participation Limitation
Students may participate in a maximum of two Global Business Perspectives courses in their MBA program.  Students who have not participated in a trip will have preference in the application process over those who have already traveled with Global Perspectives.

Participation Payment
For accepted students, the Global Perspectives program fees will be billed as part of your December bill from the Bursar’s Office. Cancel for Any Reason (CFAR) medical and travel insurance is also included in the program fees.  If a student needs to cancel for any reason after payment is made, there is a cancelation protection plan in place for 75% refund up until 3 days before travel.  Admitted students will need to familiarize themselves with the terms of all applicable insurance policies.

Withdrawal from Program
Students who no longer wish to participate in a Global Business Perspectives course must notify the Graduate Business Programs Office at mba@scu.edu in writing and will be responsible for the non-refundable deposit.  Students also may be responsible for travel-related administrative program and tuition fees depending on the timelines of the notification to the travel component.  Students agree to be charged the non-refundable deposit at the time of application.

Course Cancellation
The Graduate Business Programs reserves the right to cancel a Global Business Perspectives course at any time due to low enrollment and other circumstances beyond the control of the University, including but not limited to unforeseen Acts of God.

Students agree to comply with all COVID rules set out by the University or Faculty Directors and to adhere to destination country protocols. All participants must be vaccinated and take any additional tests as deemed needed by SCU or Faculty Directors, such as pre-travel COVID tests and in-country testing.