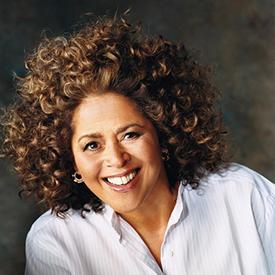 Ms. Smith was on campus January 9-13.  She met with the cast and faculty advisors of Welcome to Claradise, sat in on classes, and spoke on her films Fires in the Mirror and Twilight: Los Angeles. 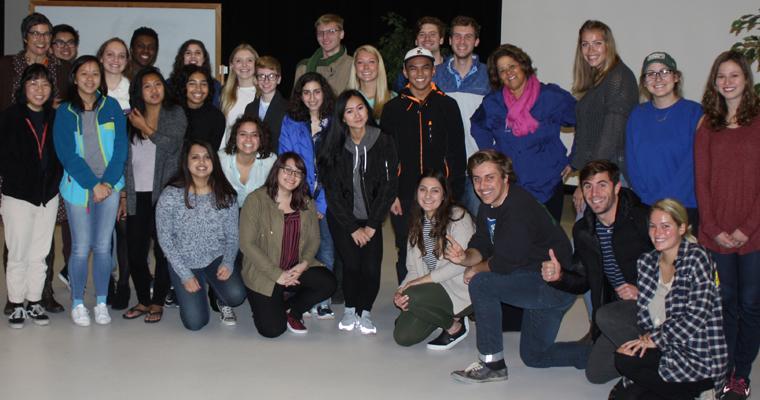 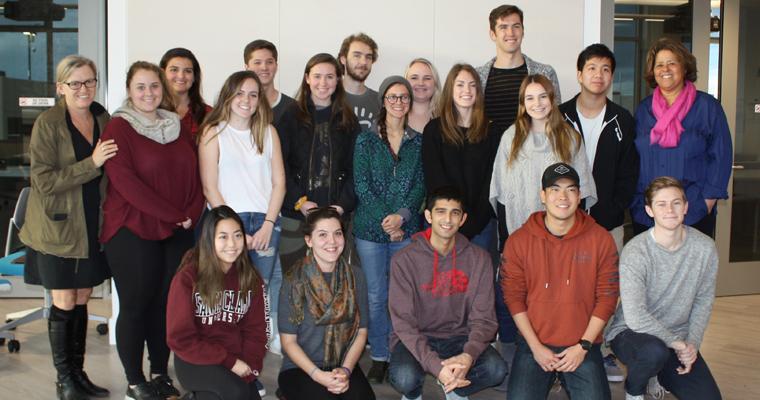 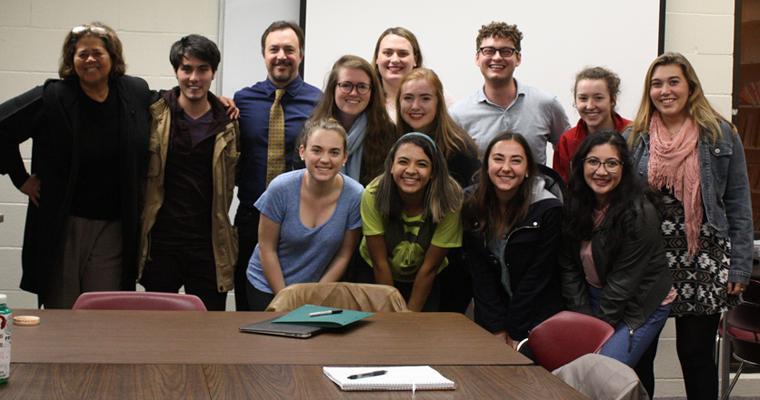 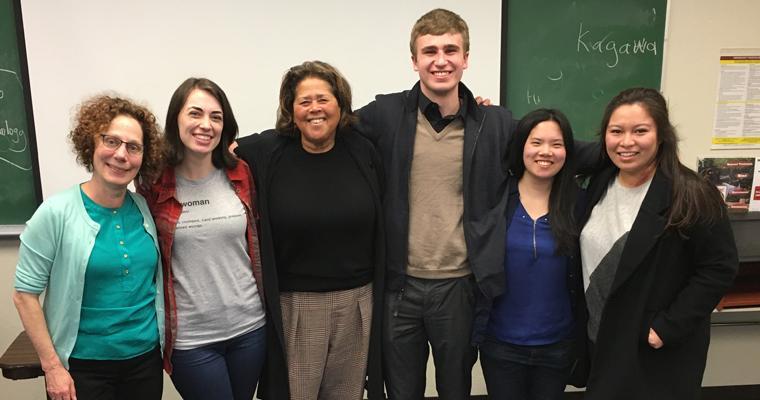 A few members of the Creative Writing and Social Justice class 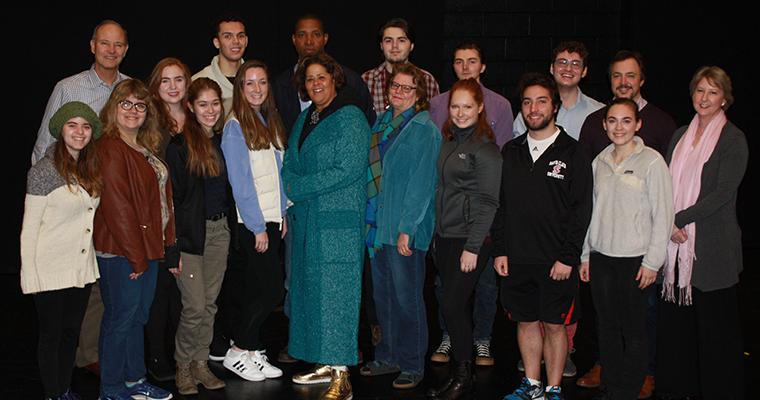 Cast and faculty advisors of Welcome to Claradise 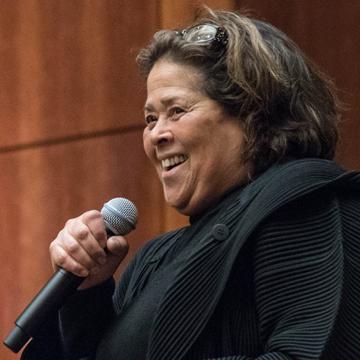 “My work begins with questions,” stated Anna Deavere Smith speaking to a group of students, faculty, staff, and community members in the St. Clare Room on Wednesday, January 11.

“Education should be about finding your questions,” she continued before encouraging the audience to ask her questions as part of an hour-long discussion that touched on various aspects of her work as a theatre artist, educator, and activist.

She discussed the process of interviewing people who she then portrays on stage as she did in Twilight: Los Angeles and Fires in the Mirror, both of which addressed community conflicts and riots in Los Angeles and New York. She also spoke about her more recent plays that explore prison reform, health care, and education.

“People in my shows are those who are left with words and not much else,” she offered as an answer to a question about the people she interviews. She forms a “unique relationship to the people I’m playing” and “I find out I have more in common with the person than I originally thought.”

Ms. Smith explained that central to her work is the question, “What is the relationship of language to identity?” She spoke of her two greatest inspirations, William Shakespeare and her grandfather, the latter of whom used to tell her, “If you say a word often enough, it becomes you.” This helps guide her on her continuing artistic journey to “become America word for word.”

After fielding a range of questions from the audience, she then turned the tables by asking volunteers in the room to complete the sentence, “Santa Clara is…” Receiving many responses that touched on the subject of social justice, she finished the evening by saying she hoped her stay at SCU, “will be a great opportunity to learn more about social justice.”

“The reason to get successful is to shake things up,” was just one many anecdotes of grace, wisdom, and humor from actress, playwright, professor, and theatre scholar Anna Deavere Smith as she hosted a dialogue with the students of Professor Jeffrey Bracco’s Critical Perspectives in Performance class.  Most of the class centered around Ms. Smith talking about her theatrical praxis and influences, the evolution of theatre, and the importance of education, both in the arts and elsewhere. She spoke to a class of eager and engaged students about discovering their identity in the arts and examining how real people express themselves with sincerity and earnest compassion.  She used examples from her work and personal experiences to address the powerful question of defining humanity and the importance of being specific in what you want.  Her stern advocacy for education encouraged students to remind themselves that we are at a very specific moment in our lives, “…and frankly, it will never be like this again.”

It surprised me, and yet made sense on reflection, that her most frequently uttered words in an interview are "say more about that." One of the keys of empathy is genuine curiosity about the lives of other people, and Smith consistently demonstrates this curiosity. She wanted to ask the class questions, not just answer them for the entire period, turning the presentation into more of a discussion than a lecture and demonstrating how she understands people, ultimately, through what they say and in hearing them speak.

The Art of Communication: Storytelling, Listening, and Authenticity 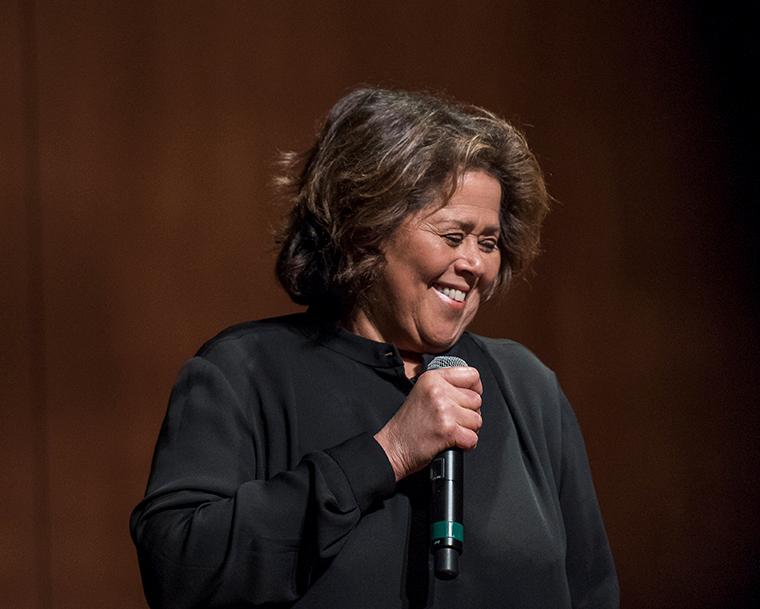 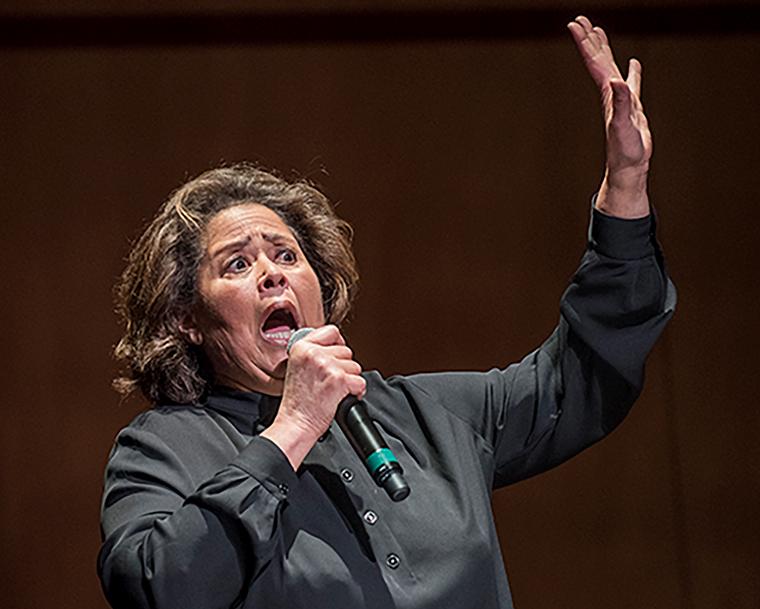 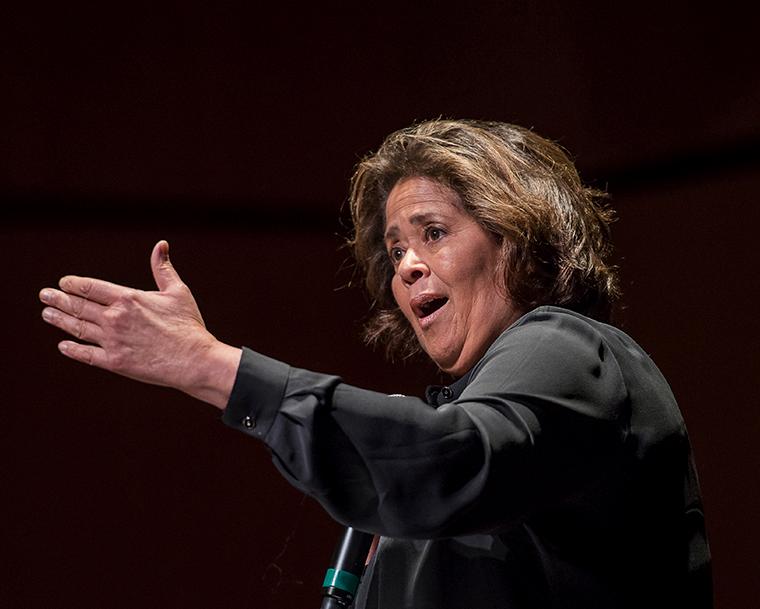 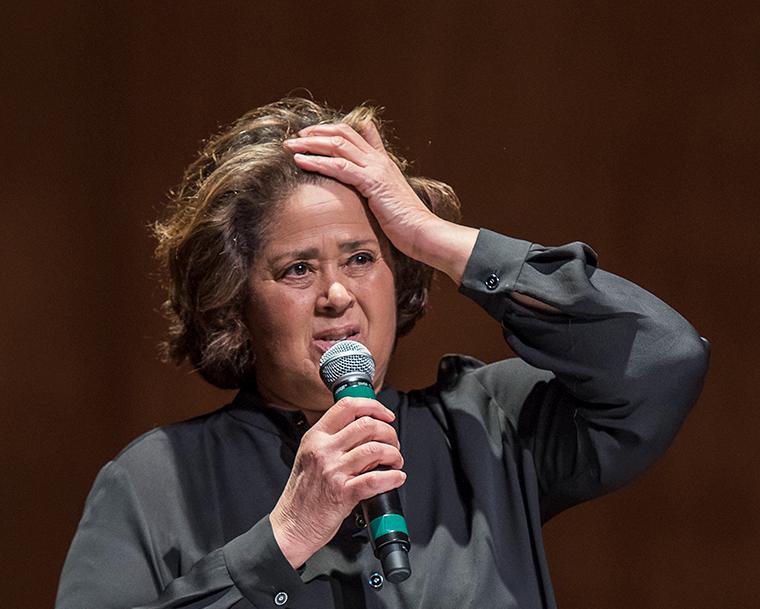 Excerpts from Notes from the Field 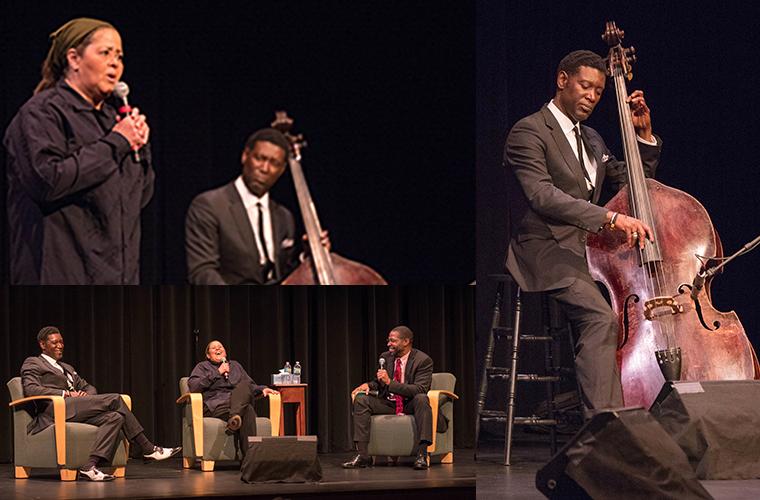 A Geography of Hope

Inspired by the work of Frank Sinatra Scholar-Artist-in-Residence Anna Deavere Smith, and responding to one another's artwork and their community-based learning programs, Santa Clara University students created the photography, poems, and other reflections that comprise this multifaceted exhibition.  Professors Renee Billingslea, Department of Art and Art History, and Claudia McIsaac, Department of English, bring together students from their respective photography and creative writing classes in this exhibition, which runs through June 17, 2017 in the de Saisset Museum. 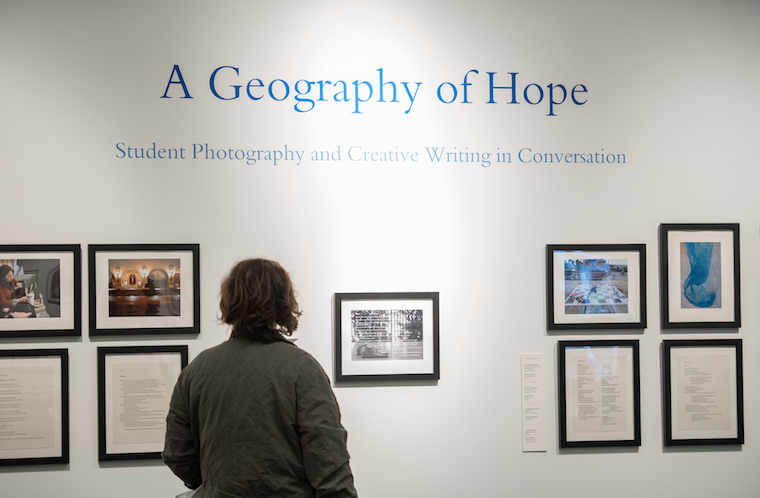