The Scourge of Alzheimer's and Parkinson's and Prion Diseases

Stanley B. Prusiner, M.D., is Director of the Institute for Neurodegenerative Diseases and Professor of Neurology and Biochemistry at the University of California San Francisco where he has worked since 1972. He received his undergraduate and medical training at the University of Pennsylvania and his postgraduate clinical training at UCSF. From 1969-72, he served in the U.S. Public Health Service at the National Institutes of Health. Editor of 12 books and author of over 350 research articles, Prusiner's contributions to scientific research have been internationally recognized.

Dr. Prusiner discovered an unprecedented class of pathogens that he named prions. Prions are infectious proteins that cause neurodegenerative diseases in animals and humans. Dr. Prusiner discovered a novel disease paradigm when he showed prions cause disorders in humans that can be manifest as (1) sporadic, (2) inherited and (3) infectious illnesses. Dr. Prusiner demonstrated that prions are formed when a normal, benign cellular protein acquires an altered shape. Dr. Prusiner's proposals of multiple shapes or conformations for a single protein as well as the concept of an infectious protein were considered heretical. Prior to Dr. Prusiner's discoveries, proteins were thought to possess only one biologically active conformation. Remarkably, the more common neurodegenerative diseases like Alzheimer's and Parkinson's diseases have been found over the past two decades to be, like the prion diseases, disorders of protein processing.

Dr. Prusiner is a member of the National Academy of Sciences, the Institute of Medicine, the American Academy of Arts and Sciences, the American Philosophical Society, and is a foreign member of the Royal Society, London. He is the recipient of numerous prizes, including the Potamkin Prize for Alzheimer's Disease Research from the American Academy of Neurology (1991); the Richard Lounsberry Award for Extraordinary Scientific Research in Biology and Medicine from the National Academy of Sciences (1993); the Gairdner Foundation International Award (1993); the Albert Lasker Award for Basic Medical Research (1994); the Paul Ehrlich Prize from the Federal Republic of Germany (1995); the Wolf Prize in Medicine from the State of Israel (1996); the Keio International Award for Medical Science (1996); the Louisa Gross Horwitz Prize from Columbia University (1997); and the Nobel Prize in Physiology or Medicine (1997).

Dr. Prusiner holds 50 issued or allowed United States patents all of which are assigned to the University of California. 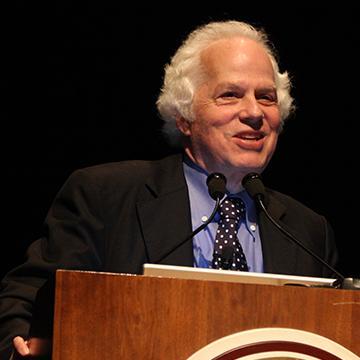 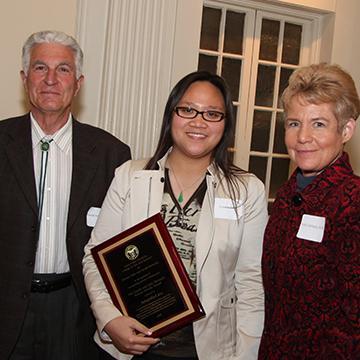