The College of Arts and Sciences celebrated its 9th annual Gerald and Sally DeNardo Lectureship by hosting Dr. Larry Brilliant, the current Chairman of Skoll Global Threats Fund, whose long and illustrious career includes roles as a physician, activist, computer networking pioneer, and social change “addict” who played a key role in the World Health Organization's (WHO) drive to eradicate smallpox in India.

After his visit to Santa Clara, some might argue that he should add master storyteller to his resume.

His lecture began with a vivid picture of why, as a Jewish scientist (who also follows the traditions of Buddism and Hinduism), he feels a strong connection to the Jesuit community.

The story began with the description of his time spent with WHO in India during the worst outbreak of small pox in history. He and his colleagues were fighting against time as 3,000 children had died in a two-week span, and rivers couldn’t run because of the amount of dead bodies acting as dams to block the water’s flow. His team was exhausted and depressed from all they had done and seen.

The doctors were living in patient rooms at Holy Name Hospital, and sometimes Dr. Brilliant would sneak into the chapel to pray. It was there that he met a Jesuit father who put his arm around him and said, “Are you having a tough day, son?” When Dr. Brilliant replied with an “Oh yeah,” the priest suggested that they pray together and then offered him communion.

When Dr. Brilliant responded with surprise to the offer, the priest said the words that have connected Dr. Brilliant to the Jesuit ways ever since: “Since your guru said you should serve God by helping eradicate one of the worst diseases in history, I think my God would not be terribly disappointed if you sought communion with me.”

Dr. Brilliant began his formal presentation by claiming that the audience would come to believe that a little cow pus can be good for you, that being shot out of the sky can open millions of eyes, that mainlining coconut water could save kids’ lives, that 40 is more than the number people who are 39 are afraid of, that moms’ sewing needles could conquer the world’s worst disease, and that parents are right about drinking from straws.

Needless to say, he had the room’s attention.

As for cow pus and the power of curiosity and observation, Dr. Brilliant started by detailing the scope of devastation caused by small pox, which resulted in more than 500 million deaths in the 20th century. The disease was so bad and so ubiquitous that in many cultures it was not merely considered a disease but a visitation from God.

According to Brilliant, the day this started to change was the day British physician Edward Jenner got curious about the expression that someone could have a “complexion as lovely as a milkmaid.” He reasoned why a milkmaid was known to have a good complexion and realized it was because they didn’t have pox scars on their faces like everyone else of the era. This observation and curiosity eventually led to the discovery that by taking the pus from a cow’s udder that had infected a milkmaid’s hand and inserting it into a young boy, that boy would be protected against small pox.

As they worked to reduce the spread of small pox, they discovered that it wasn’t enough to just have an improved method of administration if the supplies of vaccine weren’t there to support it. With limited quantities, what was the moral thing to do?

They discovered the answer was to give the vaccines to the people who needed them most—the people closest to an outbreak of it geographically. The solution of drawing a ring of immunity around an outbreak allowed WHO to eradicate small pox from Nigeria within six weeks by going village to village and looking for people with pox on their face and supplying their family and neighbors with the vaccine.

After citing these and many other riveting examples of the power of human ingenuity, Dr. Brilliant asks how someone cannot be optimistic about the world. His experience working alongside citizens of Russia, Japan, China, and South American countries to put an end to small pox and be on the verge of doing the same with polio and guinea worm this year leave him optimistic and enthusiastic about the developments still to come.

Dr. Brilliant’s closing remarks and sense of wonder echoed long after his presentation. “I don’t know if God gives us only what we can handle. But these were diseases we couldn’t handle before and we handle them now,” he said. “And whether it’s grit, determination, faith, science, hard work, or all of the above and a little bit of magic, I do think the best discoveries are yet to come. They can be advanced genomics, they can be implants into the eye, they can be low tech like sewing needles and cow udder pus… there are so many varied sources of inspiration. We will continue to find them out of moral determination, observation of nature, refinement of local customs, self-interest, biblical lessons, chance, and by using an old tool with new purpose.” 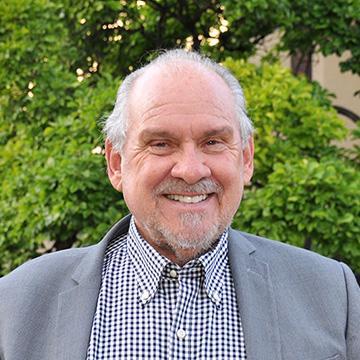 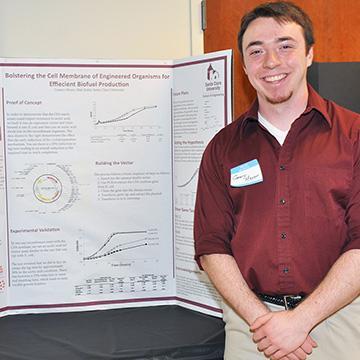 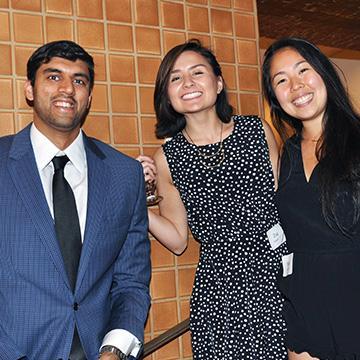