On Tuesday May 3, 2017, Santa Clara University was honored to host Brian Kobilka, M.D. for the 10th annual Gerald and Sally DeNardo Lectureship in the Health Sciences.  Dr. Kobilka has been recognized by many awards, chief among them the 2012 Nobel Prize in Chemistry.  In his Tuesday evening lecture, Dr. Kobilka guided his audience of students and faculty members of the University and greater academic and medical communities, through his life’s work characterizing G protein coupled receptors (GPCRs).  GPCRs are an important family of membrane proteins responsible for changing cellular function in response to specific molecules or ligands.  GPCRs are responsible for our ability to identify odors, regulate our heart rate, and are critical to the function of the nervous system as they allow neurons to communicate with one another.  For that reason, GPCRs are important targets for the pharmaceutical industry and many compounds that influence GPCR function are already on the market to treat many diseases including heart arrhythmias or pain.  Dr. Kobilka has spent his scientific career improving the understanding of GPCRs and used his lecture to guide his audience through his amazing discoveries.  He started with the identification of key members of the family, work that began in the laboratory of Dr. Robert Lefkowitz at Duke University, with whom he shared the Nobel Prize.  He then described the intricate detail by which these proteins interact with their ligands and alter cellular function through awe-inspiring structural animations from the work of his own laboratory at Stanford University.  Finally, Dr. Kobilka shared cutting-edge, ongoing research into the identification of new compounds that can influence the function of one such GPCR, the µ opioid receptor and its potential impact in treating chronic pain in the future.   Throughout Dr. Kobilka struck a perfect balance between sharing complex scientific ideas and ensuring that his audience understood the broader implications of his work.  His talk was an inspiration to many in the audience.  Many science courses held the next day were abuzz with discussions as the students shared their excitement from the lecture.

On the second day of the DeNardo lectureship, attention turned from the guest of honor to the work of students at Santa Clara University.  Gerry and Sally DeNardo’s generous donations to the DeNardo Scholars program have facilitated the research of many SCU undergraduates in science laboratories across the College. Sigma Xi, the honor society for scientists and engineers, once again held their annual Poster Presentation in conjunction with the DeNardo Lectureship, showcasing the work of many of the DeNardo Scholars alongside their classmates in a range of science disciplines.  This year a record number of posters were presented and the DeNardo family made it a point to talk with many of the presenters, demonstrating their genuine interest in the science that the family is supporting.  During the evening’s dinner to celebrate the DeNardo Scholars, Dr. Kobilka reminisced that his interest in science first blossomed as a result of his research experience as an undergraduate student.  This year we recognized three graduating DeNardo Research Scholars: Zoe Nicole Amaris, Chemistry & Biochemistry, Joyce T. Chang, Biology, and Amanda Dahl, Biology. Maya Arce ‘18, Chemistry & Biochemistry is a continuing Scholar, and five new student researchers have been welcomed: Paloma Dayhana Contreras ’19, Psychology, Matthew Gill ’19, Biology, Jacenda Rangel ’18, and Isabella T. Whitworth ’19, Chemistry & Biochemistry, and Jennifer T. Young, Biology. DeNardo Scholar Zoe Amaris was named recipient of the DeNardo Senior Prize, given annually for outstanding science research accomplishment by a graduating senior who reflects the distinctive characteristics of a Jesuit education and is pursuing a career in the health sciences. We cannot wait to see what the future has in store for these amazing young scientists.

Brian Kobilka, M.D., is Professor of Molecular and Cellular Physiology and Hélène Irwin Fagan Chair in Cardiology at Stanford University.

G protein coupled receptors (GPCRs) conduct the majority of cellular responses to hormones and neurotransmitters, and are therefore the largest group of pharmaceutical targets for a broad spectrum of diseases.  The goal of my research over the past 25 years has been to characterize the structure and mechanism of activation of GPCRs. We have applied a spectrum of biochemical and biophysical tools to study different aspects of GPCR structure and activation.  I will discuss what we these studies have taught us about allosteric regulation of GPCR structure and function by G proteins and ligands.  I will also discuss challenges in GPCR drug discovery, and the potential impact of structural biology and other scientific advances on future drug discovery efforts.

Brian Kobilka, MD is Professor of Molecular and Cellular Physiology, and Hélène Irwin Fagan Chair in Cardiology at Stanford University School of Medicine. He received a Bachelor of Science Degrees in Biology and Chemistry from the University of Minnesota, Duluth in 1977.  He graduated from Yale University School of Medicine in 1981, and completed residency training in Internal Medicine at the Barnes Hospital, Washington University School of Medicine, St. Louis, Missouri in 1984.  From 1984-1989 he was a postdoctoral fellow in the laboratory of Robert Lefkowitz at Duke University.  In 1990 he joined the faculty of Medicine and Molecular and Cellular Physiology at Stanford University. Research in the Kobilka lab focuses on the structure and mechanism of action of G protein coupled receptors (GPCRs), which constitute the largest family of receptors for hormones and neurotransmitters in the human genome. GPCRs are the largest group of targets for new therapeutics for a very broad spectrum of diseases. In 2012, Kobilka was awarded the Nobel Prize in Chemistry for his work on GPCRs.  He is a member of the National Academy of Sciences, the National Academy of Medicine, and the American Academy of Arts and Sciences. 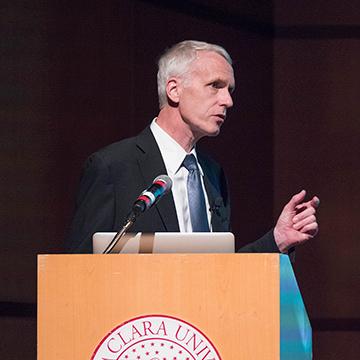 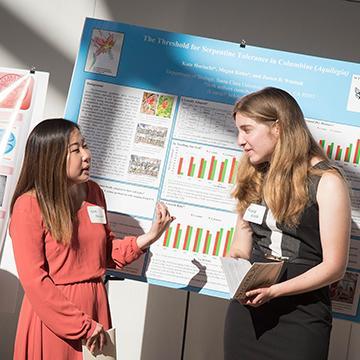 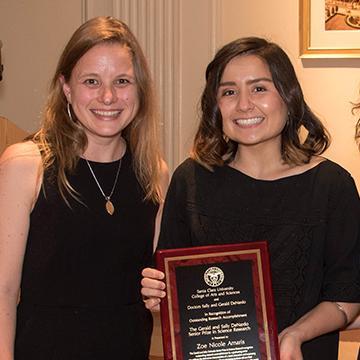