Since joining the SCU English faculty in 1982, Susan Frisbie taught numerous writing and literature courses, including teaching abroad three summers in the SCU Durham Program. She served the University as a Pre-Law Advisor and received the College’s Dr. John B. Drahmann Advising Award for her work with students, many of whom she kept in touch with after they graduated. On campus, Professor Frisbie was active in the Pi Chapter of Phi Beta Kappa. Professor Frisbie received a number of collaborative grants, including NEH and Irvine Foundation Grants, to develop cross-curricular and multicultural pedagogy for the writing program. Her literary scholarship centered on Jane Austen: she conducted research on Austen adaptations and appropriations in various forms. 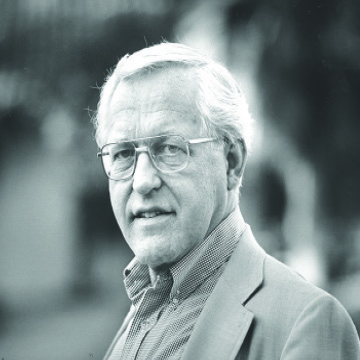 As an English Professor at Santa Clara University from 1969 until his retirement in 1994, Christiaan Theodoor Lievestro taught a collection of
Comparative Literature classes and numerous interdisciplinary Honors courses. His Bloomsbury Group Seminar and Time Seminar were among his favorites. He penned, edited and reviewed numerous articles in his field of comparative literature. He is described by colleagues and former students as a remarkable teacher. In 1993, he received the Outstanding Advising Award by NACADA, the Global Community for Academic Advising. In addition to his professional and personal contributions to Santa Clara University, Professor Lievestro’s legacy will live on with the Christiaan Theodoor Lievestro Prize, made possible through his generosity and awarded to a graduating English major for her/his portfolio of essays in English. Donations can be made to the Lievestro Prize by contacting Daniel Iritani in the College of Arts and Sciences.