Blair Libby: A Look Back

When Blair Libby ‘16 initially set out to hike the Pacific Northwest Trail, he had no way of knowing the experience would turn into a multi-year writing project. Initially, Libby and fellow SCU alum Tom Wheeler had intended to set out together to hike the 1200 miles of the Pacific Northwest Trail (or PNT). Ultimately, Libby took on the adventure (his first of this kind) alone, averaging between 14 and 30 miles a day and spending most of the journey in solitude. The hike took approximately three and a half months to complete, and by the end Libby had compiled a long journal of observations, creative writings, and more. 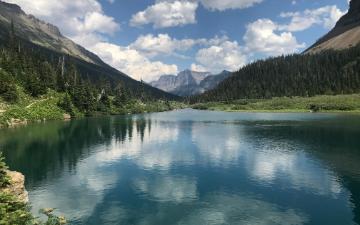 This journal would become the culminating goal of the project, with Libby self-publishing and hand-binding a number of copies of the book he put together. Over the course of the hike, Libby also ran into ethical concerns that made their way into his book, including both the treatment of indigenous people and lands and the ever-present reality of climate change. Forest fires marred the expedition at many moments, forcing Libby to understand the danger that they pose. “I would’ve waited in some locations for three weeks if I had been stubborn,” says Libby. His willingness to be flexible and not adhere exactly to the designated path were the only things that allowed him to complete the hike on schedule. 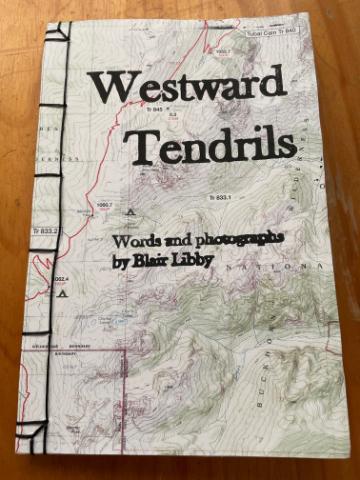 The book began as a necessity for funding and a thing to do, but evolved into a passion project that spanned multiple years and many different versions. Each book is handmade by Libby, with a unique cover, maps, and more details inside. “It’s part of the cool quality of the thing,” says Libby. Each copy takes anywhere from five to ten hours to complete, from printing to putting together copies and hand-binding the covers. The book is far from done too, as Libby says he might add pieces to, expand, or edit the book in years to come, possibly with the end goal of publishing an official copy. 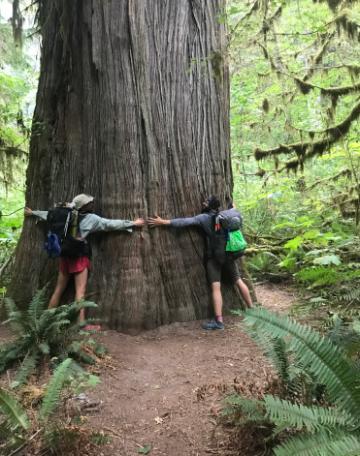 In the end, hiking the Pacific Northwest Trail and putting together the book were only steps on Libby’s longer journey. Now that he has completed graduate school at the University of Montana, he has accepted a position as the Wetlands Conservation Plan Coordinator for the Confederated Salish and Kootenai Tribes, acting as a bridge between agencies and tribes on behalf of Native American and ecological concerns. This next step in his journey is sure to be an exciting one, but wherever life takes him he will continue to update and polish his book, providing his art for the world to read.

Photographs provided by Blair Libby and used with permission.

Lucas Bush ’23, political science and ethnic studies major and a marketing and communications intern with the Markkula Center for Applied Ethics, contributed to this story.