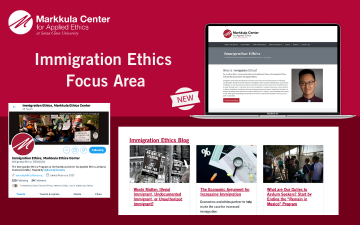 New in 2020-21, the Immigration Ethics Focus Area examines the normative issues that arise from the movement of individuals across borders.

The Ethics Center announced the creation of a new focus area on immigration ethics, led by Jonathan Kwan, Inclusive Excellence Postdoctoral Fellow in Immigration Ethics. The new program will offer resources and ethical analysis on the moral issues that arise from the movement of individuals across borders.

“Immigration continues to be a crucial issue, and we wanted to concentrate on this area and bring an ethics lens to an issue which is often politically charged. Jonathan Kwan is the perfect person to help us get a better grip on the ethical issues that surround immigration,” said Don Heider, executive director, Markkula Center for Applied Ethics.

Although much of the debate on immigration over the last few decades has been framed in binary terms—one is either for or against immigration—it includes many issues beyond the question of whether states should limit immigrant admissions. For instance, once immigrants have entered a state, what rights and privileges should they have? Should unauthorized immigrants have access to a path to citizenship? 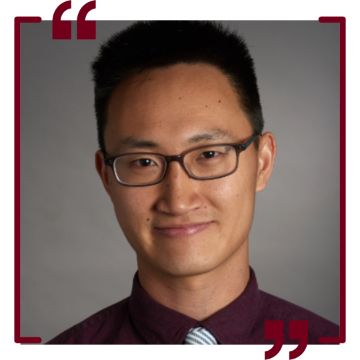 "As the new administration is set to redefine our country's immigration policies, thinking carefully about the ethical dimensions of immigration will be critical. Immigration, insofar as it raises questions about who should be a member of our country, has always been a matter of not only what values we hold as a democracy but also how we conceive of the identity of our country itself."