In response to nationwide violence and unrest stemming from the tragic murder of George Floyd, City of Santa Clara Mayor Lisa Gillmor and Police Chief Pat Nikolai made a public pledge to evaluate how their own police department uses force. As part of that effort and with the help of SCU alum Neil Datar ’17 and the Markkula Center for Applied Ethics, they created a community-based task force to help the city of Santa Clara become more equitable and inclusive.

Datar, chair of the task force and a lawyer in his professional life, was tapped for the position because of his work with the community as the chair of the Student Senate and his current role on the SCU Alumni Board of Directors. Joan Harrington, director of social sector ethics, represented the Center which served as the official ethics advisor to the task force. The Ethics Center provided strategic and ethical guidance on approaches they should take in evaluating community feedback and recommending reforms. The group also includes Santa Clara residents representing many of the communities across the city.

Harrington, noted the importance of capturing the voices of nonprofits, church leaders, and others who work with communities that don’t regularly participate in government. “If we don’t get this right, by really listening and hearing the different points of view, the task force will be of limited help to the City,” she said.

Datar, Harrington and the Ethics Center hope to take what they’ve learned from the community to help make a safer and more welcoming community from the ground up.

"In 2020, Santa Clara became the first city in the Bay Area to vest responsibility for police reform in a citizen's Task Force, which I have served on since the Task Force's creation. As a Task Force composed of volunteer community members, we were asked to bring an outside and novel perspective to the complex issues of policing and community inclusivity. Even before our charter was approved, we approached the Markkula Center for Applied Ethics to advise on the drafting of our proposed charter and mission statement. Since then, Joan Harrington has served as our main point person at the Ethics Center and has provided us with ongoing advice on engaging community members, refining our strategic plan, and broader ethical considerations in our work. As chair of the Task Force, I can definitively say the Center's contribution has been key to our development and we would not have the charter and strategic plan that we have without Joan and the Center's support." 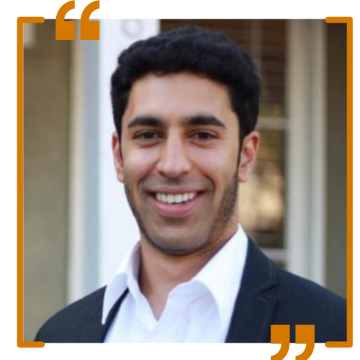