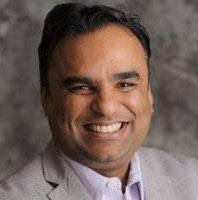 Kennedy Pereira, leads a seasoned team of Principal Architects and Sales Engineers delivering innovation, strategy and technology architecture for leading Fortune 50 firms in the United States. Our stated charter and mission is to drive YoY growth through revenue acceleration, customer experience and business transformation initiatives with Network, IT and Marketing services across our portfolio of retail, consumer package goods and restaurant clients. Kennedy was appointed to his current position in June 2016.

Previously, Kennedy served as Client Director for AT&T’s Signature Client Group from 2010 to 2012. In that capacity he led a team of sales professionals that addressed the full range of network and IT services for some of AT&T’s largest multinational customers such as Chevron, eBay, Adobe, Symantec & Intuit.

Kennedy began his AT&T career in 2006 as an Account Executive in sales. Over the past ten years he has consistently executed strong results and delivered against stretch targets.

Kennedy’s early career in Silicon Valley began in 1999, where he served as Director of Sales and Marketing for two early stage Fixed Wireless startups that were subsequently acquired.

Kennedy and his wife Sangeeta reside in San Jose, California.