Dr. Christopher Kitts is an Associate Professor at Santa Clara University where he serves as the Director of the Robotic Systems Laboratory and as the Associate Dean of Research and Faculty Development for the School of Engineering.

He is also the Director of the Center for Robotic Exploration and Space Technologies, a multi-institution consortium of academic institutions focusing on aerospace research and education and which is located at the NASA Ames Research Park.  In addition, he holds an Associate Researcher appointment at the Monterey Bay Aquarium Research Institute, in conjunction with whom he and his students develop several advanced marine robotic systems. Dr. Kitts is also the Mission Operations Director for a series of NASA small spacecraft, which are controlled on-orbit by students in the Robotic Systems Laboratory.

At Santa Clara, Prof. Kitts runs an aggressive field robotics program specializing in the design, control and teleoperation of highly capable robotic system for scientific discovery, technology validation, and engineering education.  These systems include underwater vehicles, clusters of land rovers, autonomous aircraft, and microspacecraft.  These systems provide unique experimental opportunities for demonstrating research innovations in multi-robot systems, model-based anomaly management, and other research topics within the Lab. This program has been funded at a level of millions of dollars over the past five years and includes sponsors such as NSF, NASA, NOAA, the US Geological Survey, the US Air Force, the US Navy, BMW, Lockheed-Martin, Nike, and Intel. Highlights of the program include robotic-based scientific discoveries, such as evidence of tsunami waves in Lake Tahoe, and unique engineering accomplishments, such as controlling a series of NASA spacecraft for advanced space biological research.  Students also are using the Lab’s robots to learn how to provide cost-effective engineering services, such as monitoring the health of local wineries, inspecting solar panel installations, and performing environmental surveys.

Prof. Kitts’ professional experience includes work ranging from a research engineer to an operational satellite constellation mission controller, and he has held appointments as an officer in the U.S. Air Force Space Command, as a NASA contractor with Caelum Research Corporation, as a DoD Research Fellow at the U.S. Phillips Laboratory, as a founder and the Graduate Student Director of Stanford University’s Space Systems Development Laboratory, and as a technical consultant.  He holds degrees from Princeton University, the University of Colorado, and Stanford University.

iPhone, We Need to Talk

Author image link to article
Please come here iPhone, I’d like to talk to you for a few minutes and share some important fatherly advice. To begin, let me tell you how proud I am...
Read More

Makerpreneurship: The Evolution of an Engineer

Author image link to article
Whether it’s a fad or the new reality, the Maker Movement is here, at least for the near future. This movement captures the upswell of interest in...
Read More

Can We Program Self-Driving Cars to Make Ethical Decisions?

Author image link to article
Robotic technology is becoming more and more prevalent in our daily lives. No longer isolated in manufacturing plants or relegated only to...
Read More

Engineers with an Entrepreneurial Mindset

Author image link to article
I want all of our SCU engineers to be entrepreneurial. By that, I don’t mean being a typical Silicon Valley entrepreneur, although that’s certainly...
Read More

A Tsunami in Lake Tahoe?

Author image link to article
Have you heard about the tsunami that recently hit Lake Tahoe? Really. I'm not joking. Although by "recently," I must admit that I'm using the...
Read More

Do We "Waste" Money on Space Technology?

Author image link to article
When I meet someone who discovers I work with satellites, a typical response is: "That's very interesting, but I wish we would spend that money"...
Read More

Author image link to article
If you're tuned in at all to the world of technology, no doubt you've heard the buzz about the Internet of Things. Unless you're up to speed on this...
Read More

It's Time To Cross your T!

Author image link to article
Here in the School of Engineering, we educate students to be "T-Shaped" engineers. This is a metaphor for having deep disciplinary...
Read More

Author image link to article
I have drones on my mind! It seems that every day there's another feature about drones in the news, and these stories truly span the good, the...
Read More 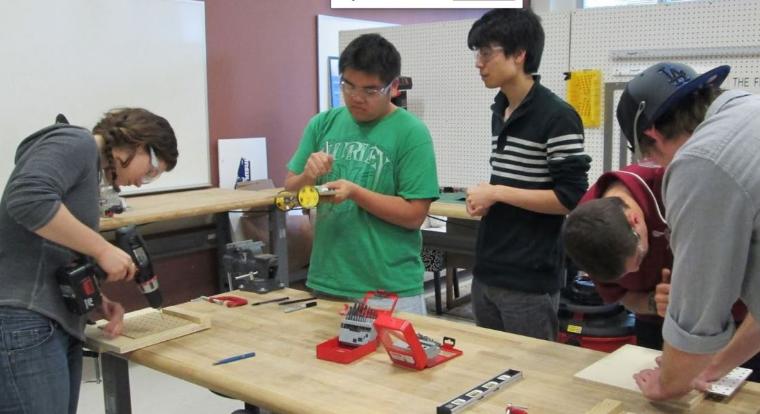 How Is SCU Joining the "Maker Movement" ?

Author image link to article
It's spring on campus, and students are on the make! But wait, it's not what you think. I'm talking about students making things in the...
Read More

Are Two Robots Better Than One?

Author image link to article
Robots are good at performing tasks that require strength, speed, and precision. They're also useful when jobs are dangerous or highly repetitive...
Read More

Give Me A Break!

Author image link to article
As a roboticist, I love creating new and complex engineering systems, refining their capabilities, and making them work. But believe it or not...
Read More