Prior to joining American Progress, Flores led the immigration policy portfolio for the National Latina Institute for Reproductive Health, where she worked on advancing federal and state legislation to expand health care access for immigrant families.

Flores is deeply committed to meaningful immigration reform. During the 2013 to 2014 immigration debate, she worked with bipartisan leadership on federal policy relating to matters of immigration enforcement and protections for immigrant youth.

She graduated from SCU in 2012 with a bachelor of science degree in political science and is an alumna of the Congressional Hispanic Caucus Institute and New Leaders Council.

Flores was recently named one of Washingtonian Magazine's 250 Most Influential People, for her work on immigration.

Biden Has Set the Tone on Immigration—But Will He Deliver? 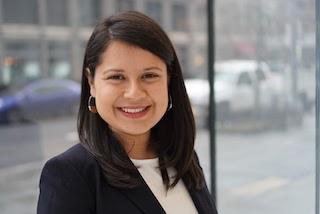