3 Ways to Prepare for the Future of Work

An estimated 85 percent of jobs in 2030 haven’t even been invented yet—that’s according to a Dell Technologies report on technology’s future impact...

An estimated 85 percent of jobs in 2030 haven’t even been invented yet—that’s according to a Dell Technologies report on technology’s future impact on work and society. Emerging technologies like artificial intelligence, machine learning, and robotics will deeply impact many existing jobs and create new opportunities and challenges.

For some people, this news is exciting, but for many of us, it can also invoke quite a bit of anxiety. Instead of waiting for the unknown, take action. Here are three ways you can take control ahead and prepare for the future of work.

1. Be Curious
Keep learning. Continuous and in-the-moment learning has to be your mantra to stay on top of emerging technologies and to upskill in preparation for new opportunities.

Let’s say you have an interest in data science (a component in many of the Top 20 Emerging Jobs in the U.S.), the good news is that there are many ways to learn more about the discipline. For example, online education site, Coursera has numerous courses on the subject of data science from introductory to advanced lessons. If you want to go beyond a few courses or certificates, you can even get an online master’s degree in data science from schools like the University of Illinois, Urbana-Champaign. Coursera also has a blog introducing different career paths in data science including average salaries.

2. Be Flexible
Adaptability will be a critical skill in preparing for the future. Charles Darwin observed, “It is not the strongest of the species that survives, nor the most intelligent that survives. It is the one that is the most adaptable to change.”

This requires a new mindset. First, accept that change is inevitable and new technologies and tools will change the nature of your future work. Embrace these new advances and be ready to explore these technologies in your current job and in the workplace more broadly.

Not that many years ago, social media was brand new and those who quickly embraced Facebook, Twitter, YouTube, and LinkedIn have benefited tremendously from new careers. According to a Deloitte report, Facebook alone, has enabled the creation of over 1.1 million jobs in the U.S. with 189,000 of those being social media manager roles.

3. Network Like Crazy
Regardless of what technologies take off in the future, relationships will always be a critical component to your future work success. Whether you’re looking to get an introduction to a new employer or having your references vouch for you as part of an employer’s vetting process, connecting with the right person is key. While networking sites like LinkedIn are great ways to cultivate and maintain connections, don’t forget your alumni connections. Pay attention to what SCU Alumni events might be available and make plans to attend. There, you’ll have a chance to meet and interact with alumni face-to-face and make real connections with local professionals. Remember, that planting the seed is only the first step. By keeping in touch with new connections, your relationships and network will grow.

While it’s impossible to predict the future with certainty, I believe that you will find more success by being proactive and focusing on building skills, embracing change instead of resisting it, and building and maintaining strong relationships. 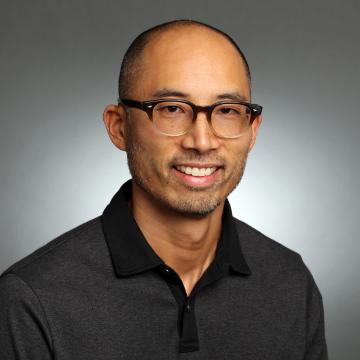