Do You Use Shopping or the Internet to Escape Stress?

Research points to hardiness as a more effective way to deal with challenges.

Why do some people successfully deal with life’s challenges while others seek escape from them in compulsive shopping, gambling, and Internet use?

Research at the University of California, Irvine has related all of these behaviors to a low sense of hardiness (Maddi et al., 2013).

What is hardiness? Psychologists have identified it as an attitude of agency and self-efficacy, turning stressful situations into opportunities for greater success and personal growth. With hardiness, we respond to life with three C’s: commitment, control, and challenge.

With commitment, we see our problems as opportunities to learn and grow, responding with active engagement instead of passivity, distraction, or denial.

With control, we believe that we can influence the events of our lives instead of responding with helplessness and resignation.

Research has connected high hardiness with greater success for people in many walks of life: from office workers and managers to firefighters, military cadets, varsity basketball players, military personnel, and Olympic athletes, as well as immigrants and college students (Maddi et al., 2013).

While people with high hardiness respond to life’s stressors with the three C’s of commitment, control, and challenge, those low in hardiness feel overwhelmed, responding with emotions such as anger, fear, anxiety, and depression, as well as low self esteem. They turn to common forms of denial and avoidance such as compulsive shopping, gambling, and Internet addiction. In contrast to high hardiness people who face their problems and overcome them, Salvatore Maddi and his colleagues found a significant connection between low hardiness and addictive behaviors.

So what does this mean for us? Fortunately, research has shown that hardiness can be developed, that we can build greater hardiness by changing the way we perceive our problems. Our leaders and mentors can help us do this by modeling and reinforcing hardiness with the 3 C’s of commitment, control, and challenge.

Research with military cadets and soldiers has shown that leaders affect the world view of the people around them by:

Leading by example, providing role models of hardiness in how they deal with challenges.

Helping people make sense of their experience by focusing on their challenges as opportunities to learn and grow and asking what they’ve learned from this experience.

Seeking out meaningful challenges, getting people to work together as a team and providing recognition for their successes.

Col. Paul Bartone describes this kind of leadership in a U.S. Army Defense Artillery battalion deployed to Saudi Arabia. During their six-month deployment, soldiers lived and worked in an unfamiliar desert, far from home and loved ones. They faced threats from land mines, possible suicide attacks, and toxins in the area, as well as long days of monotonous routine, which undermined morale in all units except one.

In this unit, the commander united his troops in a mission to achieve a tangible goal. Discarded military equipment from the 1991 Gulf War was buried in the sand in a nearby equipment dump. Their mission was to excavate the area, recovering and repairing as much equipment as possible.

To build morale and a sense of accomplishment, the commander posted “before and after” pictures and progress reports. After six months, these soldiers had not only salvaged over a million dollars of equipment and sent it to Army supply in good working order, but they had also developed high morale and camaraderie from working together to achieve a meaningful goal. According to Col. Bartone, effective leaders can promote hardiness by helping us reframe our experience, to believe “that life is meaningful, we choose our own futures, and change is interesting and valuable.”

This same reframing process promotes success in many contexts from sports to education. Sports psychologist Jerry Lynch consults with intercollegiate and Olympic athletes. He encourages coaches to ask their players after each game, whether they won or lost: “What went well?” and “What needs work?” The athletes build hardiness by first focusing on their strengths, then asking how they can continue to learn, grow, and take their performance to the next level.

Life coaching can also help people develop greater hardiness by reinforcing us for commitment, control, and challenge. In one study, personal coaches worked with eleventh-grade students for ten sessions over two school terms. At the end of this period, the high school students developed greater hope, optimism, and agency. They became better able to deal with stress and had a significant decline in depression (Green, Grant, & Rynsaardt, 2007). Giving these young people the tools they need to deal with life’s challenges helped them become healthier, happier, and more successful.

As these studies show, reframing how we see our challenges and affirming a sense of hardiness can make a major difference in our lives.

This article originally appeared on Sept. 25 in Psychology Today. 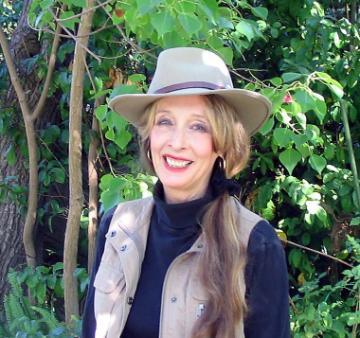