Legislative gridlock is at an all-time high. How do you fix it? Hold campaigns accountable.

Hana Callaghan was the director of the Government Ethics Program at the Markkula Center for Applied Ethics. During her time there, the Ethics Center launched a free massive open online course (MOOC) on ethical voting to give voters the tools to identify ethical campaigns and candidates.

The issue was timely, given the 2018 November midterm elections were just around the corner. Callaghan discussed the objectives of the course with us; an edited version of that interview is below. To learn more, click here. SCU alumni can register for an exclusive version of the course here.

Why is it important to have ethical campaigns?

How candidates campaign is often a good indicator of how they will govern. How many times have you heard someone say, “I’m just going to hold my nose and vote for X candidate”? That’s sort of the tail wagging the dog. Public officials work for us. A campaign is their job interview. If we want candidates to engage in ethical campaigns, we need to take charge of the process and demand it of them.

Dirty campaigning is nothing new, but the internet and 24-hour news cycle magnify it.

We at the Markkula Center for Applied Ethics think that rancor in government, and resultant polarity, begin with the campaign process. Legislative relationships broken during heated political campaigns are hard to mend. Ethical campaigning will decrease polarity by reducing the vitriol and mudslinging in politics. It will restore public trust in government by ensuring fairness and integrity. Ethical campaigning will also stimulate civic engagement and encourage good people to run for office.

What is an ethical campaign?

When I say ethical campaigning, I mean process, not policy. Process, in my book, is nonpartisan.

Our political process is based on the ethical ideal of creating an informed electorate. Toward that goal, all communications—and by communications I mean ads, interviews, statements in town hall meetings, debate responses, mailers, television ads, any time the candidate speaks—should be

What’s the difference between fair and true?

How do you determine relevance?

Relevance is trickier because it’s truly subjective. Something that’s relevant to me may not be relevant to you. But that doesn’t mean we can’t assess the relevance of an issue.

For example, I ran the campaign for Tom Campbell when he went against Carly Fiorina in the primary for U.S. Senate in 2010. Somebody, not a part of the campaign, insisted we bring up the fact that she had had breast cancer. Tom has very high standards, and part of my role was to ensure everybody that was a part of—or associated with—the campaign comported with those values.

“Absolutely not,” I said. “We are not going to use that.” Not only was it sexist, there was nothing about the fact that she had had cancer that indicated she was unable to do the job. It was true, but it was not relevant to the issues in the race.

Is it ever ethical for a campaign to be negative?

Yes. It’s about informing the electorate. If you have information that shows a candidate is not who they say they are, or that they are lying about a policy position, or that they are beholden to a certain special interest—that’s relevant. If it’s true, if it’s fair, if it’s relevant, and you can document it, then it’s fair game.

How can voters keep candidates ethical?

One thing we talk about is keeping a campaign scorecard and telling the candidate at the beginning of the campaign that they’ll be judged on their ethics. We encourage voters to share their scorecards with publications through letters to the editor.

We really want to start an ethical campaign movement because people are sick of unethical campaigns. The Markkula Center for Applied Ethics is the perfect place for it to start. We want to empower people. This should be a grassroots movement. This is about we the people, not the candidate. We need to take back our political process.

What can campaigns do to make sure they’re ethical?

One of things we talk about in the MOOC is how to identify an ethical campaign organization. For example, does the candidate set the ethical tone at the top? Does the campaign have a code of conduct articulating the campaign’s values? Do they document whenever they go negative? Do they question whether their ads are true, fair, and relevant? Do they have an ethics officer who will step back and ask, “Does this action meet our stated campaign values?”

Working on a campaign can be amazing because you have a mission and you believe in the person you’re supporting. But when you feel attacked, it’s really easy to want to attack back. By having standards in place before ethical dilemmas occur, the ethical candidate—and his or her followers—will find it easier to deflect attacks and return to the issues in the race. 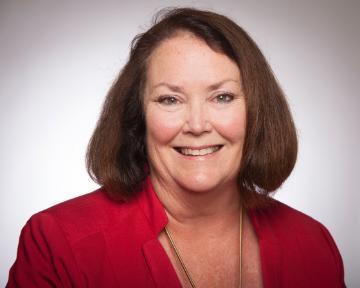