Re-Envisioning Your Stretch Years From Midlife to Retirement

Creating a more meaningful life as we age.

Growing up, Jerrold Lee Shapiro remembers viewing the world from a different perspective than most. “I was always looking at the process of what was going on, not just the content,” says the veteran psychology professor in the School of Education, Counseling and Psychology.

For example, a childhood friend who was colorblind taught Shapiro that what his friend saw in life was not objective, but subjective, based on the young boy’s interpretation of color. Shapiro never forgot that lesson. It was the childhood-level beginning comprehension of phenomenology—what is seen is no more a reflection of reality than what others experience.

Understanding the meaning in life came later, during college, after he met Viktor Frankl, the renowned Austrian psychiatrist, author and Holocaust survivor. Frankl believed a person’s sense of meaning in life is the central human motivational force, something he attributed to those who survived in the concentration camps.

The notion of creating meaning in our lives was a huge part of Shapiro’s burgeoning attraction to Frankl’s thinking and the field of psychology. The other large piece, says Shapiro, “was that we have no control over what happens to us, but we have a lot of control in how we respond.”

How we respond to—and plan for—our transition into life after midlife is the subject of his latest book, “Finding Meaning, Facing Fears: Living Fully Twixt Midlife and Retirement” (2021, Cognella Press), based on interviews with hundreds of people across the U.S. that he and his graduate students conducted.

We talked with Shapiro about this update of a 2012 edition originally focused on Baby Boomers, ages 45 to 65, that now includes insights from Generation X, many of whom have reached their 40s and 50s. The new book also includes reflections on the pandemic’s effects on the lives of both groups and adds a new chapter on financial considerations.

By the time we reach our early 40s, you write that many of us have started asking ourselves what we want out of midlife and old age. “I’ve done everything right in life, so why aren’t I happier?” is a common refrain. Where does that come from?

So, here’s what happens, and this is a bizarre experience we all have: At some time in our late 30s and early 40s, while we’re asleep one night, something or someone sneaks into our life and changes the rules. So if we keep doing what we’ve always done to be successful, not only is there a reduction in pleasure, but the impact of continuing to do what we have always done doesn’t get us closer to our revised life goals.  You have to make shifts, and start to do things differently. It’s a progression: If I keep doing what I’ve always done, it just doesn’t have the same yield.

Making shifts has to do with reaching back into our pasts and seeing what we used to enjoy, what brought us a lot of gratification, but we may have put aside to build a life and a family, to be responsible adults. And then it’s like, “OK, so now I’ve stabilized, and I’ve gotten to this point at work, and where some of those things I always dreamt I would do, maybe I still can do.”

One of my favorite examples in the book is a man who is the perfect son of a first-generation Chinese family, whose responsibility growing up was to be the translator for his family, and to do well in school. And he did. He was terrific, and built a career as a software engineer, and took care of his parents and took care of his family, and three grown children. But ever since he was 17, he had wanted to play the guitar. We talked about this at length, and I asked him, “What’s the option?” And he said, “Well, no one wants a 50-year-old rock and roll singer.” I said I didn’t know, but would he be any good at it? He laughed and said, “Probably not.” Well, his wife buys him a beautiful new guitar for his birthday, and he starts taking lessons, and now he’s playing with a bunch of “old Asian geezers”—those are his words—at various little places around the Bay Area. He’s done everything right in life, and being a software engineer is not what it’s about anymore. And he’s happy.

You write about a man who said that full-time retirement would feel like death to him, and that a lot of men feel that way. Where does that come from?

We’ve pushed men, and judged them in many ways by their work. Many women, when the baby comes, have a choice of full-time work, or part-time work, or if their social economic status is sufficiently high enough, they may be able to stay at home. For most men, the choice is full-time work or ... full-time work. Their identity is so much more locked up in their position.

On top of the anxieties of midlife transitions, the pandemic surfaced, something you compare to a “pressure cooker” for many. What do you mean?

One of the crucial issues that COVID-19 brought up is that so many issues that people have been dealing with over the last year—fear, limitations, loss, isolation—are things we deal with throughout our lives as they normally come up, in a naturalistic way. What COVID-19 did was all of a sudden, we’re dealing with all of these issues all at once, and kind of all out of order. And it has been incredibly intense, and what we’ve seen as a result of it psychologically are tremendous increases in anxiety and depression.

It's also becoming clear that COVID-19, its sequelae, and its variants, are going to be with us for a long time. Both mandatory and self-imposed restrictions on life will be issues that require adjustment. The reported increases in anxiety, depression, domestic violence, suicide etc., will require individual and social adjustments, and therapy— particularly group therapy—is a great antidote to isolation and missed social connections.

For people in their 40s through their 60s, it may mean shifts in employment and income. It may mean new social connections and new ways of making those contacts. It may mean additional distance between loved ones. Many of the people in my survey were decrying the loss of formerly easy access to their grandchildren, for example. People in insecure or problematic relationships are finding them more troubling. Single people are finding new contacts more problematic and complex.

The book covers a range of issues we will all confront during our stretch years, from health to spirituality, retirement to finances. What topline insights did you gather from the Generation X interviewees?

They seem to be looking at these questions about finances and retirement earlier than the boomers. But with regard to finances, I worry about them. As a general rule, we know that boomers have saved so little for retirement. But Generation X (those between 41 to 56 years old) is even further behind.

I was at a barbecue this summer with some Gen Xers and I found myself chastising them because only one of them had taken the matching funds from their employer for their 401K. The others told me, “Well, I’ve got all these things to pay for.” But they’ve got to figure it out. It’s a really, really dangerous thing that people I care about are not doing. 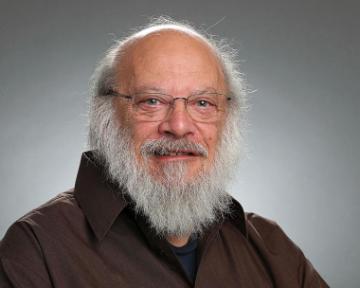