The Scars of Generational Trauma

How long is the shadow of genocide? It’s the question Jerry Burger grapples with in his new novel, The Shadows of 1915.

How long is the shadow of genocide? It’s the question Jerry Burger grapples with in his new novel, The Shadows of 1915 (Golden Antelope Press, 2019), referring to the Armenian Genocide in which 1.5 million Armenians were systemically murdered by the Turkish rulers in the Ottoman Empire from 1915 to 1923. The Emeritus professor, who retired from SCU’s Department of Psychology Department last April after 34 years, sets his story a generation after the genocide, in 1953, in his hometown of Fresno, California. A large population of the Armenian diaspora began settling there before World War I and after the genocide due to Fresno’s bountiful farmland.

The story centers on the Saropian family: Matriach Tarvez, who survived the genocide but whose infant daughter was killed during a death march, and her now-adult American-born sons. A hostile encounter between the sons and several Turkish college students forces the characters to choose between family loyalty and what’s morally, and legally, right.

Growing up in Fresno, Burger says he was struck by how stories of the atrocities committed during the 1915 genocide were central to the Armenian-American community’s story. Despite being born well after the events, the offspring of survivors were (and continue to be) forced to contend with the trauma endured by their ancestors. Here, Burger reflects on his experience writing about that inherited trauma.

Why did you focus on the generation after genocide?
While growing up in Fresno and interacting with Armenian friends and their families, I was struck by two things: First, every family had a story about loved ones lost in the genocide, and these stories were an important part of their community identity; second, every member of the Armenian community I encountered had strong feelings about Turks. Hate might be the appropriate word. Certainly there was anger. At some point it occurred to me that this situation would provide an excellent opportunity to explore in fiction a number of concepts that interest me—family, community, culture, overcoming trauma, and justice. Questions about justice are raised throughout the book. Most importantly, how can members of the Armenian community reach a sense of justice when the genocide perpetrators not only go unpunished but deny that the genocide happened? As one of my characters says, “Hate is not a solution. But neither is forgetting.”

Much of the plot deals with Tarvez’s now-adult sons, Mihran and Arak, who are on diverging paths. Mihran is more future-thinking and embracing of the American way of life. Arak runs the family farm, upholds values from “the old country,” and harbors rage against the new Turkish immigrants in town. How did you plot this difference between first-generation brothers?
One reason I selected 1953 was that it was about the time that the tightly knit Armenian community concentrated in one area of Fresno called Armenian Town began the process of integrating into the larger Fresno community. There were many reasons for this, but key was a 1948 Supreme Court ruling outlawing what were known as restrictive covenants. As I explain in the book, before the ruling, clauses were included in real estate deeds that prevented Armenians from buying a house outside of Armenian Town. But the ruling also contributed to existing tensions within the Armenian community, pitting tradition against change. The desire to hold onto tradition and the old culture versus the need to become part of the new culture. It’s an issue faced by any group of people assimilating into the larger culture.

Your story deals with how the psychological fallout of genocide affects not just survivors but their offspring. In what ways do humans see inherited trauma play out in their lives? Are there parallels you can identify in today’s world?
I’m hesitant to draw parallels between the events in my novel and events in the news, although I certainly would like people who read my book to see some of these connections. However, I believe the novel should raise questions about the ongoing tensions between Armenians and Turks and, more generally, about reconciliation between groups that were once in conflict. I have a German surname, but I have never sensed any hatred from Jewish people because of it. Yet more than a century after the genocide, the Armenians’ dislike of Turks remains intense. Why? Certainly part of the answer is Turkey’s continuing denial of the genocide. In Germany today, it is against the law to deny the Nazi Holocaust. In Turkey today, it is against the law to refer to the 1915 events as genocide. Efforts by members of the United States Congress to simply acknowledge the Armenian genocide have been thwarted by Turkey’s threats to not allow access to military bases, air space, etc. if such an acknowledgement is made official. I imagine the pain and feelings of loss for Armenians is exacerbated by Turkey’s claim that the genocide never happened.

Why is the concept of justice such a motif in your story? Why is justice so central to humans, particularly if they themselves were not the direct victims of trauma?
Psychologists find that believing in a just world may be critical for our sense of well-being, at least in Western cultures. We know things are not always fair, but we need to believe that in general the world is a just place—that people get what they deserve and they deserve what they get. This is part of why people often have a difficult time overcoming trauma; that is, if these types of things just happen, then there’s nothing to keep them from happening again. This is also why injustice on such a grand scale as genocide is unacceptable. But your question touches on another theme I raise in the book, a notion sometimes referred to as "the sins of the father." I can understand why Armenians feel anger over the lack of justice related to the genocide—I feel it, even though I am not Armenian. But why turn that anger on the next generation of Turks? Are they to pay for the sins of their fathers? Is that justice?

In reading the book, I was struck by how some of the Armenian-American characters behaved towards other ethnic groups—e.g. wary of their men marrying non-Armenian women; mistreatment of migrant farm hands from Mexico. Psychologically speaking, where does this mistrust come from?
I have always been fascinated by the way people who have been the victims of prejudice and discrimination often express prejudice and discrimination against other groups. Many of the Armenian-Americans in the novel are guilty of this. For me, it’s one more aspect of the justice theme: Are these characters motivated by a sense of justice or are they simply looking out for their own people? And could one argue that looking out for your own community is a type of justice? 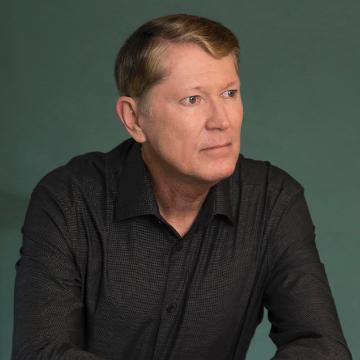