The Kids are Marching In

How youth activism and organizing has evolved in the 21st century.

Protesting has long been a young person’s game. All that chanting and marching requires youthful stamina (and spry knees). But in recent years, the median protester age seems to be skewing younger, as media portrayals show more teens—and even children—becoming bonafide activists despite not being old enough to vote.

For example, in March 2018, 1.2 million people marched for gun control in sites across the U.S. in the March for Our Lives, spearheaded by students from Marjory Stoneman Douglas High School in Parkland, Florida. A year later, in the Youth Climate Strike, hundreds of thousands of K-12 students in 120 countries simultaneously skipped school in protest of government inaction against climate change. They were inspired by the truancy of Nobel Peace Prize-nominee and TIME magazine’s Person of the Year Greta Thunberg, who protests weekly outside the Swedish Parliament. Thunberg turned 17 on January 3.

However, it’s not that protestors are on average actually younger today than those activists protesting the Vietnam War in the 1960s or marching against school segregation in the 1950s, says Santa Clara University Assistant Professor Jesica Siham Fernández of the Department of Ethnic Studies. It’s just that young people today are the first to fully leverage the mobilizing power of social media, instantly delivering their message to the world.

“Young people throughout history have really been the ones to lead efforts toward social change, to catalyze for change. Because in my view they have this radical hope, this drive that things can change, that things can get better,” says Fernández, who studies youth organizing and social justice movements. “We are just more aware of young people being active today because they have access to more tools that allow them to amplify their voices.” Here, she paints a portrait of the modern youth activist.

How has youth activism changed since those marching for civil rights in the South and holding sit-ins at lunch counters in the 1950s and 1960s, and the anti-war, flower power hippies of the ’60s and ’70s?
A lot of activism has turned more toward the global and the virtual. Globally, a lot of the issues that young people are rallying to bring attention to are no longer just exclusive to the U.S. For example: climate change. It’s become a global, transnational movement in which young people have been able to use technology, social media, Facebook, Twitter, blogs, and YouTube to connect with other youth across the globe on these issues. And virtually, it’s not so much that young people are not out in the streets protesting, rather it’s that they’ve redefined the expression and platform of their politics, and they’re using different avenues to raise awareness and to build coalitions across geopolitical contexts. So, in a way, today’s youth activism is different from the past but it’s still reflective of the past in the sense that it’s young people who are bringing attention to issues that adults might not recognize as ones of priority and concern.

Is it fair to say we’re experiencing an uptick in youth activism?
There are ebbs and flows with social movements. There’s a period of dormancy or silence and then it kicks up again. We’ve even seen this on our own campus. The media also plays a big role in shaping what we as adults and as a society pay attention to. For example, this year there was a lot of media attention around climate change. The year before that there was much coverage about the organizing started by students in Parkland, Florida, who rallied around gun control and gun reform. A few years before that we saw the Black Lives Matter movement and organizing against police brutality and racialized violence.

While we might not see Black Lives Matter as much in recent news, it doesn’t mean that BLM isn’t around. It is still very much present today, with youth and community organizing chapters across the nation. Similarly, the DREAMers movement has been active since before 2010. Both movements have maintained an active and steady profile, primarily started by and led by youth and young adults.

So our attention span as a society is shrinking, then. For example, three years ago, it felt like everyone was participating in a Women’s March. Now, not so much.
Social movements have a shorter lifespan because they happen in reaction to something that’s occurred, an incident. It’s a public, collective expression of resistance or concern toward an issue that needs to be addressed. At the same time there’s organizing; movements and organizing are not necessarily one in the same. Organizing is more sustainable, and takes place over longer iterations of time, effort, and across generations because it involves political education, building leadership capacity, and mobilizing people and resources. When people are organizing around a particular issue, it may connect to a movement within a particular moment, but that organizing will continue, as it has with the #MeToo movement and women’s rights.

How prevalent is unauthentic activism, like the kind former President Barack Obama objected to as “call-out culture” and “social media wokeness” at a youth summit last fall?
There is a form of performative activism that I would not qualify as authentic activism. It’s about being able to look woke or use certain vocabulary without following those words with action. I’d say social media has itself facilitated performative activism, which does not yield the same political influence and power that more authentic, grassroots forms of organizing and activism do. But two things can be true at the same time: Young people are using social media to build power, to build influence; then there are those that are blasting it on social media but not doing any of the real work on the ground that often requires solidary, allyship, and accomplices to create institutional change.

DREAMers are an excellent example of the former. They have used social media to organize and to help people who are at risk of being deported, as well as mobilize protection around immigrants. DREAMers demonstrate an effective and sustainable use of engaging with social media, and leveraging it toward their goals and movement.

What about activism burnout?
Anyone who’s engaged in a social movement, who practices organizing, or considers themselves activists experience burnout. It’s very hard to sustain that kind of work because of the emotional labor of fighting for one’s existence and striving to uplift, empower, and bring justice to communities that are disenfranchised. That’s part of the reason why many of these movements are led by young people in the first place—because they have the social capital, resilience, and drive to push for reforms in ways that adults aren’t willing to.

It’s also a lot to ask of young people, who are busy forming their own identities and worldviews. So, as adults, we need to listen more intentionally. When young people talk about issues important to their lives, they’re speaking from places that are hurting due to injustices. It’s our social responsibility to hold space where those voices can be heard and then support and advocate alongside youth to build solutions and create social change. 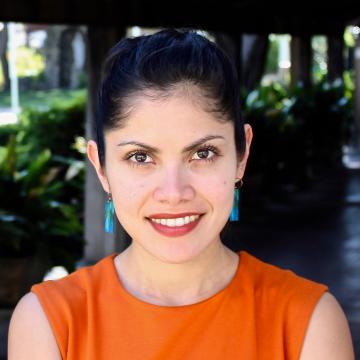