Tuesday marks the 100th anniversary of the ratification of the 19th Amendment. A look at how gender equality has evolved in the U.S.

On Tuesday, America celebrates the centennial of the Aug. 18, 1920 ratification of the 19th Amendment, giving U.S. women the right to vote. So Illuminate is highlighting and updating an earlier interview we did with Nancy Unger, an expert in U.S. women's history and the Progressive Era (1890-1920), about the history of the suffragettes' struggle and their unfinished journey.

Unger is currently featured in UNLADYLIKE2020, an innovative series of 26 short animated documentary films featuring unsung and extraordinary women from the turn of the 20th century who changed America, and the women who follow in their footsteps today. She discusses Jeannette Rankin, the first woman member to serve in the U.S. Congress (1917–1919), and later, from 1941–1943.

The series, which kicked off March 4, has been releasing digitally on PBS' American Masters, as well as its interactive website every Wednesday until August 26, Women's Equality Day.

You believe the fate of the 19th Amendment hinged on America’s entrance into World War I. How so?
President Woodrow Wilson until then was not interested in women’s suffrage. He believed it was an issue best left to the states. After his re-election in 1916, women began picketing in front of the White House to demand his support. Once the U.S. entered the war in April 1917, he was aware that the war was not popular with Americans, even though he was trying to sell it as an altruistic ideal—that it would make the world safe for democracy.

Two camps of women fought for the 19th Amendment: those who wanted the vote to be based on equality with men, and an even larger number who argued on the basis of their roles as moral uplifters of society. You believe that “uneasy combination” led to a debate over women’s “natural” roles in society and has hindered their rights activism ever since. Can you elaborate?
I don’t mean to blame the victim (of discrimination), but a contributing factor is that when women were campaigning for the vote, there were those women who said, “Of course we should have the vote, because we are equal beings. That’s all there is to it.”

How did this tension set the tone for subsequent battles in women’s rights, including sexual harrassment?
I generally avoid “What ifs?” in history because, obviously, no one knows! But it does seem to me that women conceded a lot when they didn’t campaign for the vote on the basis of equality.  When women claimed as a voting credential to be inherently more domestic than men, I think this left them open for a lot of unequal treatment as more subservient beings for years.

A record-breaking six women ran for 2020 U.S. President in the Democratic party. Democrat Kamala Harris is the third female vice presidential nominee for a major American party, following Republican Sarah Palin in 2008 and Democrat Geraldine Ferraro in 1984. Charlotta Spears Bass, a newspaper editor and civil rights crusader, was the first Black woman to run for Vice President—on the Progressive ticket in 1952.
Other democracies around the world have elected women to lead their countries. Why are Americans still dragging their feet on this issue?
I'm not sure. But I do think we’re still dogged by the legacy of the prescribed gender spheres that were so dominant in this country for centuries. Of course, those spheres were dominant in other countries as well. Moreover, people have increasingly been challenging them aggressively in this society ever since the women’s liberation movement really took off in the 1960s and 1970s. I have hope that this new generation of women in politics will finally be able to break the glass ceiling of top leadership, not only in politics, but in business as well. The momentum is encouraging.

How frustrating is it that 100th anniversary of women's suffrage is being overshadowed by COVID-19?
I was looking forward to taking stock and celebrating our gains.  Seeing how far we've come can be very inspirational as we consider how far we still have to go, and evaluate the best ways to get there.  I do, however, take some consolation in the new prominence of the Black Lives Matter movement. A renewed commitment to recognizing and eliminating the power of racism is vitally important in its own right, but is also a promising indicator of this nation's resolve to tackle, once and for all, persistent problems of prejudice.  A rising tide lifts all boats.

You teach a U.S. Women’s History class, which fulfills a diversity course requirement at Santa Clara. Does it surprise you that male students make up a quarter of the class?
I like that men take my classes, and it’s been pretty much a constant that they make up about 25 percent of the class. I think some male students are interested and curious and willing to take it seriously. Last fall quarter, there was a group of young men in my class who had graduated from Bellarmine College Prep. Near the end of the quarter, they told me they frequently talked among themselves after class. A bit to their surprise, they found themselves agreeing with a number of assertions concerning how and why gender discrepancies are created and perpetuated. They were really interested and asking good questions; there was no chip on their shoulders. I think there is often an expectation if you’re taking a women’s history course that it’s about male-bashing, but it’s not. It’s one of those myths that frustrates me.

Many students tell you how much this course changed their life. What's behind that sentiment?
Usually, it’s when they’ve discovered that something that they thought was a personal problem is the result not of their own weakness, but of much larger cultural and political pressures. For example, many young women on college campuses are ashamed that they are obsessed with their appearance, until we trace the societal pressures that essentially demand they be that way. I tell them that if you want a better future, you need to understand the past. I tell them that to solve problems, you need to know how those problems were created. 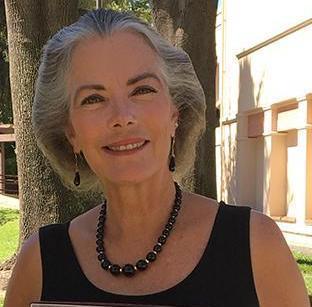