It’s Time to Close the Gender Gap – But How?

For the past decade, I have worked to advance women’s leadership globally. My vision is a world of gender equity: economically, politically, and...

For the past decade, I have worked to advance women’s leadership globally. My vision is a world of gender equity: economically, politically, and socially. Global statistics indicate we still have a long way to go:

The Challenge Is Massive AND So Is the Opportunity
The challenge of achieving gender equity is massive, affecting millions of women around the globe. Yet, we can’t lose sight of the enormous opportunity.

“Study after study demonstrates that countries are more stable, peaceful, and prosperous when women are healthy, educated, and able to fully participate in their economies and societies.” – Catherine M. Russell, U.S. Ambassador-at-Large for Global Women's Issues

The business case for women’s equity has never been stronger or better articulated. McKinsey & Company, a global management consulting firm, indicates that bridging the gender gap would add $28 trillion of additional annual global GDP. That’s as much as the GDPs of U.S. and China combined! Fortune 500 companies with a higher percentage of female managers have returns of 30 percent greater than those with the lowest.

This imperative is not only limited to the developing world. There is much work to do in the United States. The U.S. ranks 28th in the Global Gender Gap Report behind countries like the Philippines, Nicaragua, and Mozambique. In wage equality, the U.S. now ranks 74th among 145 countries. Here in Silicon Valley, we lag behind the nation with only 11 percent female executives amongst the largest Bay Area companies, according to the Gender Diversity in Silicon Valley Report by Fenwick.

“Female talent remains one of the most underutilized business resources, either squandered through lack of progression or untapped from the onset.” – Industry Gender Gap Report, World Economic Forum

An Inclusive Solution to Creating Inclusion
This conversation is not new. What is new is the increasing number of men becoming advocates for change. The goal is to change the dialogue to bridge understanding between men and women.

“What we share is more powerful than what divides us.We stand together for gender equality” – United Nations #HeForShe Campaign

Today there are many vocal, powerful men advocates:

What each of these men has in common is the understanding that they are part of the solution. They are using their voice to advance rights for women. Gender equity is a systemic challenge and it takes all of us working together to bring harmony into the world.

During a recent trip to The Gambia, I learned of the Starfish International program where boys were asked to take on girls chores to learn what it’s like to spend a day in a girl’s shoes. The learning from the boys and girls demonstrates the power of empathy in seeing the world through different eyes. Read more about the program.

How Can You Do Your Part
Which men in your life can you encourage to take a stand for gender equity? If you are a man, what can you do today to raise your voice and use your influence? You can start by joining the #HeForShe campaign and be part of the conversation to strive for gender equality. What else can men do to advance this cause. 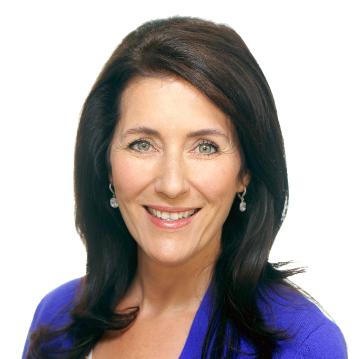