Lessons about the nature of “the outsider.”

A course called “Witches, Saints and Heretics” — at a Jesuit, Catholic University?

Not the 72 students enrolled this fall in two separate sessions on the topic William Dohar has been teaching at Santa Clara since 2002.

“There’s an automatic attraction to the title,” says the senior lecturer and former Catholic priest who first taught the subject when he was an associate professor of history at Notre Dame University. “It makes for good marketing.”

But Dohar’s class is more than a title. It’s an opportunity to study the underlying theme of “religious outsiders” in historical and contemporary settings. He narrows that down to men and women according to their religious belief (heretics), one aspect of where religion meets nature (witches and magic), and the human quest to “be like God” (saints).

Based on their settings, he asks, how are those individuals categorized or typed by neighbors, society, their nat­­­­­ion or church as “witch,” “saint,” or “heretic”?

Dohar helps students get to the answers through a number of sources, including scripture, law, biographies, le­­tters, personal journals, religious and scientific treatises, folk-tales, even contemporary movie clips.

Illuminate talked to Dohar about the class and its surprising relevance to our world today.

In the spirit of Halloween week, can we start with the origins of Halloween that began with the ancient Celtic festival of Samhain some 2,000 years ago?

It was a festival during the last days of summer, with bonfires and a celebration of the harvest, but also filled with prayers that the Earth’s light would return. This is the time of year when the days are getting shorter, and Celts made an ancient appeal in this festival that the sun would return.

As a harvest festival, there was a belief that the spirits of those who had died that year would return to be part of the celebration. People were invited to make what were called “soul cakes” and set them out on the porch or the threshold of the hut, because they didn’t want the spirits to come into their house.

As an attempt to ward off evil spirits, Celts would carve menacing faces into gourds and pumpkins and place them in windows. The reason we have kids dressing up at Halloween is in a way de-fanging the fear; you diminish the fear by caricaturing it.

It’s also a night of spiritual power, and so witches are going to be involved in that because of their association with the power of magic.

In the Early Middle Ages (400-500 AD), it became standard practice that ancient pagan feast days were sort of “baptized” as Christian holidays. The harvest feast became All Saints Day, and so as to include memorials for the dead, All Souls Day followed (October 31 through November 2).

Many people don’t realize that witches were originally known for their knowledge of healing, but superstition, and later on the Church, contributed to their reputation as evil. Can you talk about that?

You had people in communities—and not always women—who had this association with the tradition of healing, which could be construed in some settings as “magic.” Folk medicine predominated and much of this was in the expertise of women as midwives and healers. Physicians were typically for the wealthy in the towns.

The association with women comes from midwifery; the birthing process was no place where men were allowed. Assisting a mother giving birth is obviously the most vulnerable moment and if anything goes wrong, even if the kid grew up in a strange way, people would ask: “Who was the midwife, and did she use some magic?”

Because of their healing arts, and also being in a position of authority with respect to births, these associations with spells and incantations are mostly constructed by men about midwives. But if anything happened in the natural world—if someone seemed cursed or there was a blight to a crop—it could easily turn into an incidence of scapegoating. And typically, then as well as now, the weakest or most vulnerable in a community were selected out.

Of course, we continue similar scapegoating in our own society. Anti-immigrant sentiments and the ease with which people of color are racially profiled comes to mind.

The question I ask students is: Was a witch a real thing or was she a construction that was used to explain or scapegoat certain behaviors or certain individuals?

And this stuff does not go away. I ask students to search the web to find news articles within the last five years about witchcraft being practiced around the globe.

You tell your students to be prepared to confront a lot of ambiguity in this course. Is she a witch or healer? Is he a heretic or a reformer? Is a saint mad, or close to God?

It’s not always an either-or category, hence the ambiguity. They are comprehensive categories in a sense. If you position the heretic and the saint as opposite to each other, that is quite a spectrum of religious possibility. What I want to say about this course is that almost immediately, students get disabused of their previous perceptions of these categories.

Heretics, depending on where you stand, could be reformers. For Catholics, Martin Luther is a heretic. Galileo is a heretic in a sense because of his science.

Some saints could be thought of as social heretics.

Saint Francis of Assisi had a short career as a soldier, was captured and imprisoned. After he was let out of prison because he was sick, he’s sent home to convalesce and in the course of his recovery he has this vision where he hears God saying to him, “Rebuild my church.”

Illness and recovery are often places of conversion. Francis has his pivotal experience in the late 1100s. Another later famous example of this, in 1521, is the wounded soldier, Saint Ignatius of Loyola.

Francis’ father is a wealthy textile and silk merchant in Assisi and one day Francis takes off all his clothes and goes into the countryside naked, as a poor person, and separates himself from his family and gives his father’s name back.

He is choosing a different life, though he does not know where he is going. Over time, a kind of reform movement collects around Francis, but he had no intention of becoming a religious founder.

Francis set out on his journey when he is about 18 or 19, the age of some of the students who take this course, and like them he’s asking, “Who am I? Where is my life? What path do I take?”

The question I pose to them is: Who are the heretics in your life and world?

What’s a contemporary example you offer in your class?

I have them watch a film called “Captain Fantastic,” about a family that goes off the grid. A father and a mother and six kids live in the wilderness in the Pacific Northwest, with no running water or electricity, and they hunt for food or grow it. And something happens in the story that requires the family to travel to visit the mother’s family and it’s wonderful. There’s some comedy, but it’s something very touching. And the students start to wonder: who is the heretic here and who is the normative person, the family living off the land, or the rest of us?

My point is I don’t want them to associate heresy only with religious saints or witches, something that happened to other people in other times and other places. I want them to relate to the teaching of those categories in terms of being the outsiders, of being in proximity to the outsiders, and the value of religious tolerance, and how you deal with these things.

You related a recent correspondence with a former Santa Clara student about her memories of this class. Can you talk about that?

I got a wonderful email this summer from a student I taught 10 years ago. She’s in Portland and has been working with homeless people for some years now. She went right back to certain things we dealt with in class in terms of heretics that made her look at the homeless issue, and the economics and politics surrounding them, in a different light. It was really about the nature of the outsider.

She said in connecting these things she had seen how the community related to how those on “the inside” define who is on “the outside,” and how everybody is reinforcing their own group’s identity and eventually diminishing those on the outside.

I wrote her back that day and thanked her for her note. I’m glad this course is serving some purpose in the world. 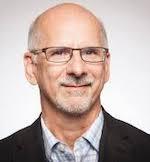