Journalists have one of the hardest jobs in the world. Tasked with representing the most pressing issues affecting a community, region, nation, or world, most journalists are rarely given support or sufficient resources to do it all – though they are heaped with plenty of criticism. The pandemic has compounded existing challenges for journalists, as many newsrooms have shrunk or closed altogether with a mix of furloughs and layoffs. Amidst all of this, a reckoning began in newsrooms in the wake of the murders of George Floyd and Breonna Taylor. More journalists, many of whom were among the most junior members of an organization, began to speak strongly against the racism of “neutral” practices of amplifying police officers and politicians who sought to dehumanize victims and protestors. 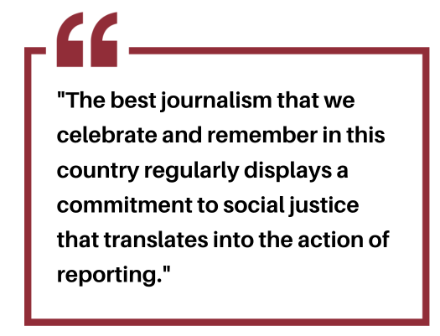 The logic of solidarity reporting is quite simple: center the perspectives of the people directly and adversely affected by an issue. The challenge, though, is that marginalized people are regularly sidelined or excluded even from stories about their own lives in favor of outside experts and officials. Solidarity reporting means prioritizing lived expertise, not just learned expertise.

Journalism is a daring field in some ways, but also a deeply traditional one – and suggesting that longstanding traditions are not serving the public is hard for some organizations to hear or consider. Throughout the 12 workshops that I have led on solidarity reporting since the pandemic began, I have been impressed and grateful for the depth of experience and insight that participants bring.

Each workshop begins with space for participants to share who they are and why they joined the workshop. Then, I offer a synthesis on solidarity approaches to coverage, and then offer the floor to a co-facilitator who is a reporter engaged in the practice on a daily basis.

Finally, we open up space for questions, where the same question always arises: I believe in the solidarity approach you’re describing as a way for journalism to stop upholding racism. I want to do it. How do I convince my editor to let me? The wrenching reality of this question and how often it arises speaks to how staunch institutional barriers to antiracism are and remain. Many organizations are receptive in principle, yet resistant in practice.

Since the pandemic began, the Solidarity Journalism Initiative has held workshops on covering coronavirus, covering protests, covering elections, and covering insurrection following the events of January 6. Most recently, on April 7, the Solidarity Journalism Initiative collaborated with the Asian American Journalists Association (San Francisco Chapter) and Society of Professional Journalists (Northern California Chapter) for a larger discussion called "Covering the Rise of Anti Asian American Racism: Solidarity Approaches to Reporting. At a moment of intense fear in marginalized communities subjected to the threat of violence across the country, solidarity offers a remedy to address unjust conditions that we cannot end alone. Solidarity workshops offer a space for us to find ways to move journalism in the direction of social justice – together. 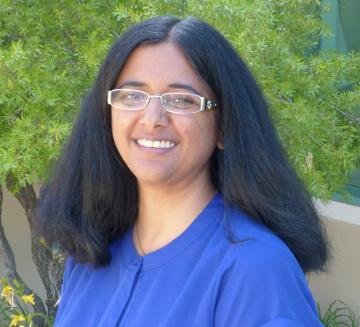 Anita Varma, PhD is the assistant director of Journalism & Media Ethics as well as Social Sector Ethics at the Markkula Center for Applied Ethics. She leads the Solidarity Journalism Initiative and the Ethical Storytelling for Nonprofits Initiative. Varma focuses on the design and implementation of applied ethics projects, conducts research, and facilitates public engagement for both program areas.