Mike Sizemore, ‘12 & ‘14, was introduced to solar power in 2009 while working on the Solar Decathlon house. He is now a professional business analyst with Sunrun, developing connected technology in the fast-paced, evolving renewable energy industry.

Meet Michael Sizemore, a business analyst for Sunrun, the San Francisco-based residential solar electricity provider. Mike received his B.S. in Mechanical Engineering with a minor in Political Science in 2012 and his M.S. in Mechanical Design (including a minor in Science, Technology, and Society) in 2014 from our very own Santa Clara University. He was introduced to solar energy in his first year at SCU through the 2009 Solar Decathlon House. Mike and his team worked on the 800-square-foot solar-powered Refract House (located between Malley Fitness Center and Campus Safety), which went on to win third place in the U.S. Department of Energy’s 2009 Solar Decathlon. Mike describes his time working on the Refract House as the gateway to his future career in renewable energy. Since that experience, he continued his interest in the field by completing a project on fuel cell research for his Senior Design project. And most recently, he worked in Pune, a city in the Indian state of Maharashtra, to design an off-grid solar panel refrigeration system for local farmers through Villgro Innovations Foundation from July 2014 to May 2015. 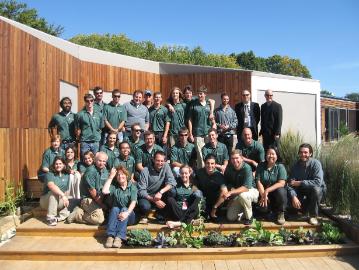 Mike specifically identified a community of rural farmers that had incomes of $5 a day or less as his target group for the refrigeration system project, and typically, these farmers can only sell their produce right after they’re harvested. Because of this limited time frame, the farmers have no leverage on the market system and are taken advantage of. Mike’s team conducted many interviews and worked directly with the end users, the farmers who could benefit from the finished product that would increase their long-term control over sale distribution. By the end of his year in India, he and his team had developed a refrigerator that was small enough to fit on the site and able to store fruits and vegetables for two to three months, allowing farmers to make anywhere from three to ten times as much on their produce than before.

Mike’s experiences working on renewable energy projects qualified him to become a business analyst for Sunrun this past fall. There he describes his work as dynamic, varying week to week. For example, from January 6th-9th, he was in Las Vegas for the Consumer Electronics Showcase (CES) working to direct evolution of Smart Energy technology that Sunrun is developing. Most often, Mike is collaborating with hardware technology vendors to see what kinds of products they can offer or integrate, and speaking with energy policy experts about regulations that may directly affect Sunrun’s business model. 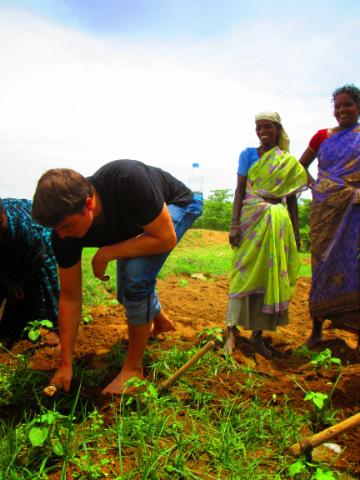 As a mechanical engineer with diverse experiences in renewables, Mike’s broad-based education prepared him to work in and adapt to a fast-growing industry. Solar power professionals face personal and industry challenges in their work due to a very competitive, cutthroat, and rapidly growing industry. Companies are constantly fighting over the largest share of the market and aiming to find energy solutions the fastest, so professionals must be able to adapt with the ever-evolving technologies. This is especially important as the industry has had longstanding boundaries like gas, coal, and its largest competitor: the utilities industry. The utilities industry recently imposed regulations to put some solar power companies’ business models out of practice. As a result, Mike’s role at Sunrun is to use his expertise to develop solutions to these daily obstacles. 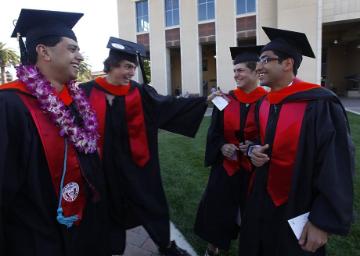 Creative solutions (like the off-grid refrigeration system Mike and his team designed) are needed to succeed in the renewable energy industry, and Mike understands that the challenge is on him as an engineer and business analyst to be able to create a valuable product that both consumers and the organization want and need. For the future of renewable energy, Mike envisions a “free and distributed system where everyone can choose the best way to support themselves and more specifically, being able to produce the type of energy you want to produce where you want to produce it.” These can range from producing energy in a centralized location  such as a power-plant to a residential home or even in a community setting while being able to choose the resources to create energy. Mike emphasized how his college education gave him the skills and connections he needed to succeed in “a field that [he] loved that [he] can dedicate [his] life to.” Each project that he has worked on has provided him with increasing experience and expertise in work that allows him to influence change in the future of energy.