Book and Theatre Recommendations from Aldo

Ijeoma Oluo's So You Want to Talk About Race (Seal Press, 2018) is described by the publisher as a guide for “readers of all races through subjects ranging from intersectionality and affirmative action to ‘model minorities’ in an attempt to make the seemingly impossible possible: honest conversations about race and racism, and how they infect almost every aspect of American life.” A New York Times bestseller! 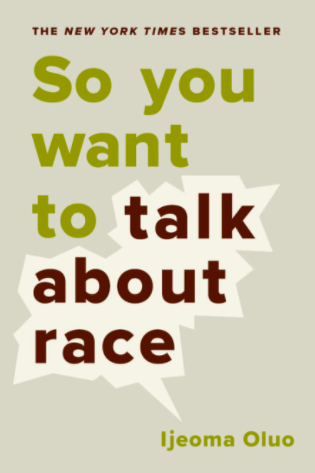 August Wilson's Gem of the Ocean will be performed at TheatreWorks Silicon Valley in Mountain View in April 2022. Gem of the Ocean is the first in Wilson’s Pittsburgh Cycle, a ten-play chronicle of the African-American experience. For ticket information, check out the website, which also provides this description of the play:

Pulitzer Prize and Tony Award winner August Wilson’s American Century Cycle begins with this inspirational tale of transformation. Slavery is a living memory in 1904 when Citizen Barlow, a young man desperate for redemption and wracked with guilt, arrives at Aunt Ester’s doorstep. A 285-year-old prophet and renowned “washer of souls,” Aunt Ester sends him on a mystical journey of justice and freedom that is as urgent and as expansive as the soul of America. A close friend of Wilson and long-time interpreter of his work, Artistic Director Tim Bond brings spiritual music and vibrant theatricality to the TheatreWorks stage.

Aldo Billingslea, the Father William J.Rewak Professor of Theatre Arts, is in his 24th year at Santa Clara and will be a member of the cast. His personal relationship with August Wilson and TheatreWorks’ Artistic Director Tim Bond began in the early 90’s when he was an actor at the Oregon Shakespeare Festival. His relationship with Wilson technically began when Dr. Barbara Means Fraser, Aldo’s undergraduate Theatre professor, recommended a monologue from Fences for Aldo’s graduate school audition.