Santa Clara competes in 20 Division I sports and 17 club sports. More than 3,800 students participate in intramurals every year. If you want to play, there’s a team for you at Santa Clara University.

A Game Changer for Broncos

We broke ground on the Stephen C. and Patricia A. Schott Athletic Excellence Center. Santa Clara's Division I teams have a history of excellence in the West Coast Conference and on the national stage. Our student-athletes have gone on to become All-Americans, Olympians, and World Cup champions. 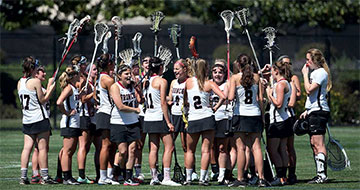 SCU fields numerous competitive club teams and has premiere athletic and recreational facilities, which host many intramural and fitness programs. Join the largest student organization on campus, boasting nearly 4,000 students. As a member of the official student booster club of Santa Clara Athletics, the Ruff Riders make their presence known at all Bronco athletic games, creating a home field advantage that visiting teams don't stand a chance against. A one-time membership fee allows free admission to all SCU regular season home athletic events for your entire academic career. Once a Ruff Rider, always a Ruff Rider!. 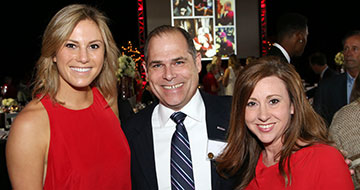 Since 1962, members of the Bronco Bench Foundation have supported thousands of student-athletes by providing financial support, giving Santa Clara Athletics a competitive advantage on the playing field. You were part of our legacy, be part of our future: Support Bronco student-athletes today.