The Fire This Time

Facing the twin pandemics with James Baldwin's The Fire Next Time

Facing the twin pandemics with James Baldwin's The Fire Next Time

When dizzying numbers of deaths first led to lockdown, my life contracted. But while I mourned the terrible losses, I huddled gratefully in bed each night; no one in my family was sick or lost a job.

But the fetal position is never enough. My desire for comfort food and reassuring TV led me to another desire: a hunger to know humanity was doing something about all this. Which meant the imperative to act was on me too. Sometimes a crisis requires that you offer yourself up to personal change. And it wasn't only Covid. Once again the old crisis of racism in America was burning bright. 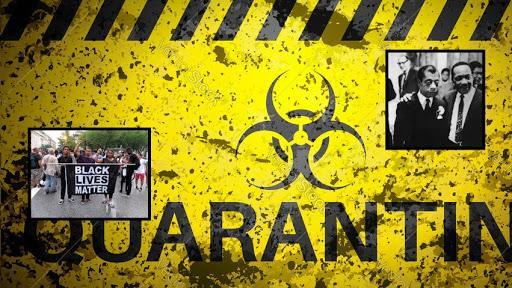 Bill Gates and the epidemiologists had warned us about pandemic. And Americans from Frederick Douglass to W.E.B. DuBois to BLM activists had passionately called for a genuine reckoning over race. Add that while the American house was in flames, our racist president sat in the kitchen playing with matches.

But surely we didn't have to be so witless and helpless in the face of all this. So I carried sanitizer, wore my mask—and read James Baldwin's The Fire Next Time.

The book's 1962 prescience is unsettling.  And it opens with scathingly unsettling lines from a slave song:

"God gave Noah the rainbow sign,
No more water, the fire next time!”

White supremacy is built not only of walls and weapons, but also self-deluding reassurances. I believe in hope. But hope can't be a lie you tell yourself while your country systematically oppresses millions.  Baldwin's fire was not only literal historical prediction (Watts, Newark, Ferguson, the aftermaths of Dr. King's assassination and Rodney King's beating, etc.). It's also an almost theological rejection of ill-founded pieties.

A Cage We Each May Choose or Reject--Tim J. Myers

Baldwin pushed me to deeper understanding. Sometimes the "action" hope first calls for is conceptual. That meant two things: a much more dynamic sense of the great wrongs of racism, something not easy to see from the ease of white privilege--and an ignited sense of that pat phrase "We're all in this together."

He pushed me, in part, by melding deep psychological insight with powerful language:

"Negro servants have been smuggling odds and ends out of white homes for generations, and white people have been delighted to have them do it, because it has assuaged a dim guilt and testified to the intrinsic superiority of white people."

"They [white people] are, in effect, still trapped in a history which they do not understand; and until they understand it, they cannot be released from it."

I was also moved by his command of argument. A lot of his mastery comes from an acute sense of balance. Don't get me wrong; he never pulls a punch:

"…it is the crime of which I accuse my country and my countrymen, and for which neither I nor time nor history will ever forgive them, that they have destroyed and are destroying hundreds of thousands of lives and do not know it and do not want to know it."

But his prophetic fury doesn't lead to excess; his rage is precise. He both excoriates America—and points the way out. 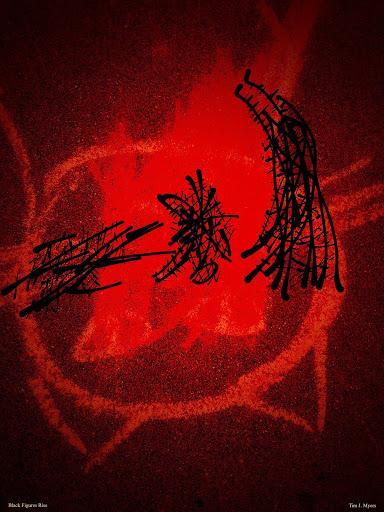 Most of humanity has always been destructive, he says, then adds:  "But remember: most of mankind is not all of mankind." And he sees a great universality in human experience:

"…in the end, it is the threat of universal extinction hanging over all the world today that changes, totally and forever, the nature of reality and brings into devastating question the true meaning of man's history."

Then he strikes an even deeper balance between justifiable rage and the bedrock reality of love.  "I love a few people and they love me and some of them are white, and isn't love more important than color?"

The book is a prophetic act, spiritual as well as political:

"Time catches up with kingdoms and crushes them, gets its teeth into doctrines and rends them; time reveals the foundations on which any kingdom rests, and eats at those foundations…destroys doctrines by proving them to be untrue.

Compare this to Dr. King's "long arc," Mandela's assertion that "Man's goodness is a flame that can be hidden but not extinguished." Baldwin asserts love not only as personal salvation, but as the very heart of justice—and a political necessity:

"We have not stopped trembling yet, but if we had not loved each other none of us would have survived."

To get through, I needed to go deeper. Baldwin pushed me to that. I owe him a great debt.

Tim J. Myers is a writer, storyteller, songwriter, visual artist, and senior lecturer at Santa Clara University in Silicon Valley. His work has made the New York Times bestseller list for children’s books, been reviewed with art in the Times, and read aloud on NPR, among other honors. Check out Tim’s website and follow him on Facebook.