Trapped Inside A Maze

Friday May 8 was quite a remarkable day. Now two months into this global pandemic, that particular Friday would be marked by two vastly different events. I would drive to campus to pick up copies of my second book, mailed to my work address by my publisher. In the afternoon, I would run 2.23 miles in honor of Ahmaud Arbery, who would’ve turned 26 that day, but instead was murdered by two white men as he jogged in Brunswick, Georgia on February 23.

As I woke that Friday morning Tupac’s “So Many Tears” was on my mind. This song, one of my favorites from Tupac’s prolific catalogue, is Tupac at his best. He embraces the pain of ever-present violence that accompanies his youth, his journey to adulthood, to becoming a Black man in America. But in this song Pac doesn’t simply paint a poetic picture of his experiences, and this is his brilliance to me:, he speaks to, through, and for me. When Pac reveals that he “grew up amongst a dying breed,” he reminds me of both the interpersonal violence and structures of oppression that at the very least ensure that 1 in 3 Black men will be incarcerated in our lifetimes. Even more heart wrenching is Pac’s sense that “my every move is a calculated step/to bring me closer to embrace an early death/now there’s nothing left.”

I listened to this song on repeat, with Ahmaud’s life and death on my mind, with the lives of my three brothers weighing heavily on my heart. The sad irony is that all four of us love to exercise outdoors, but in the age of what Jelani Cobb described recently as “Black-Panic Defense,” we are now confronted with the prospect of death while jogging. As my brothers and I exchanged texts about this in the days leading up to May 8, we were furious. We grieved. How could this be? We’ve seen Rodney King beaten half to death, we’ve seen Tamir Rice shot dead by police while playing with a toy gun, we’ve heard the grizzly details of the murders of Mike Brown and Trayvon Martin. But jogging?

We leaned into our collective anger at the audacity of racism. Who has time to ambush a Black man doing a universally human thing for one’s health, during an emerging global pandemic? The choice to move our Black bodies, to soak up Vitamin D, to break a sweat, could now cost us our lives? Our collective energy was with Ahmaud. We would be running on May 8, no matter what. After changing into a different set of sweatpants, I got in my car and drove to campus to pick up the package. I blared “So Many Tears,” and added Pac’s “Heaven Got a Ghetto” and Common’s “Leaders” to the rotation, for the ten-minute drive.

After briskly walking back to my car from the Mailing Services building, I opened the box and took a picture of my book in my hand.

The satisfaction, gratification, recalling family and friends who helped make this happen, gave me chills. I shared the photo on Facebook and Instagram; the kindness and warmth coming my way was special. I returned home and decided I’d stretch for my run around 3pm. I had work to do, discussion posts on Camino to check, emails, an update on MSNBC to stay informed on the disproportionate impact of COVID-19 on Black communities all around the country.

I was excited for the run. My mind drifted, would I wear Arizona State, Northwestern, or Temple gear today? I’ve consistently engaged in this “social signaling” to say to those around me that I’m educated, I’m not a threat, I’m not a criminal. There’s no need to call the police on me for jogging in your neighborhood. In my efforts to maintain my physical and mental health by moving my body in the sun, a part of me feels “trapped inside a maze,” as Pac does in “So Many Tears.”

COVID-19 has done so much, so quickly, to put into stark relief the enduring power of our racialized society, the structural inequalities of the “healthcare” system, the tens of thousands of incarcerated Black and Brown people who have little to no respite from infection, the acts of two white men deciding to murder Ahmaud. I made it home safely from my run on May 8, but I know at any moment out there, carrying the history of America’s racial odyssey on my body, I could “fit the description.” My brothers and I fully understand that there’s no amount of social distancing or “success” that can protect us from the realities of being Black men in this country. Sadly, even a global pandemic can’t stop white supremacy. #JusticeForAhmaud 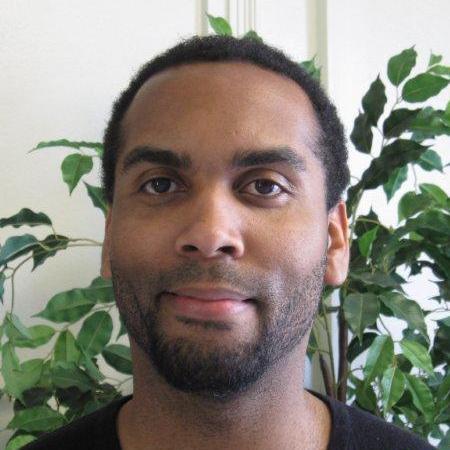