For nearly a decade, I took molds from antique glass bottles in order to make beeswax casts of their varied shapes. Sometimes these casts were direct transcriptions into this seductive material; on other occasions, I altered the form, in successive generations, until the object’s relationship to the original was merely a family resemblance.

These wax casts served a kind of sculptural vocabulary for my conceptual interests, much as certain conventions of figurative representation have offered a platform for artists to convey their ideas.  At one point, I investigated the place where art, science and magic overlap or collide.  It's a bigger territory than we might at first imagine. All three involve both a leap of faith and a suspension of disbelief.

Many of the glass bottles had been used, once upon a time, for patent medicines-- those quaint concoctions that derived their curative powers from alcohol, laudanum or both.  The title "Natural Magic: Cures for Modern Maladies" series refers in part to this origin. The afflictions I allude to (the shock of the new, compassion fatigue) may not be unique to our time, but seemed to me to haunt contemporary lives. My ‘cures’ can be understood as a gentle kind of satire, suggesting that these particular maladies are relatively inconsequential.

Unfortunately, things have gotten a whole lot worse in the twenty years since I made this series of pieces. Their cool, tasteful palette of black, white and (predominantly) grey-- meant to represent the extent to which most of life’s problems (as well as, to be frank, their solution) tend to lie on the spectrum between the first two-- seems wholly inadequate now. Rather than boredom, over-consumption or bad hair, we are confronted with surging racism, poverty and fascism, a pandemic, uncontrolled environmental degradation and voter suppression. Just to name a few twenty-first century problems. At a time like this, wouldn’t blindingly bright colors (and more serious problems and remedies) be more appropriate?

And yet… maybe we need to feel the quietly nagging smart of a sore conscience-- to urge us into positive action as well as to remind us that humor itself is a great balm. In addition, it seems to me that a tonic that increases tolerance could be as important as a vaccine, in its own way.

The little red bottle always says "drink me." Though I’ve never been able to decide what will happen if we do, maybe now is the time to find out.

A comprehensive list of the Cures for Modern Maladies:
For fear of bicycles
Against sleepwalking
To attract parental admiration
Aphrodisiac (male)
Aphrodisiac (female)
To dry up bitterness
Addiction replacement
Addiction enhancement
To encourage blindness
For melancholy, malaise
and sporadic monotony
To ward off consumption
(effective against the excessive
purchase of goods and services only)
For the shock of the new
To alleviate bad hair
Balm for a sore conscience
To enhance tolerance
(a specific for environmental toxins;
not to be used for race, sexual preference or religion)
To relieve media saturation
For compassion fatigue
In case of alien abduction 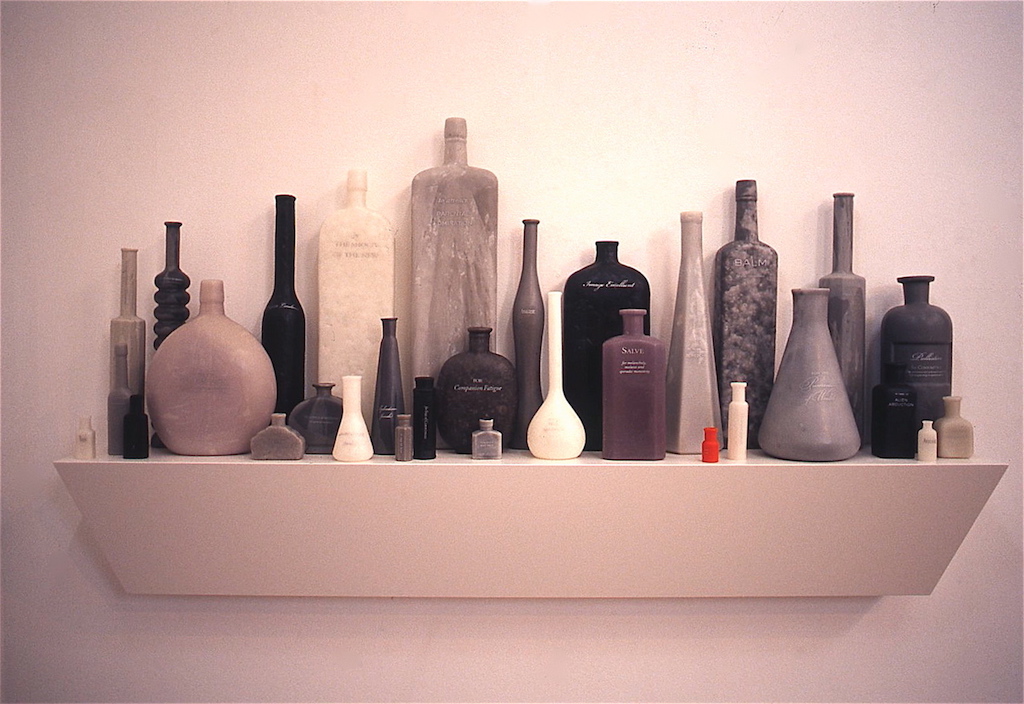 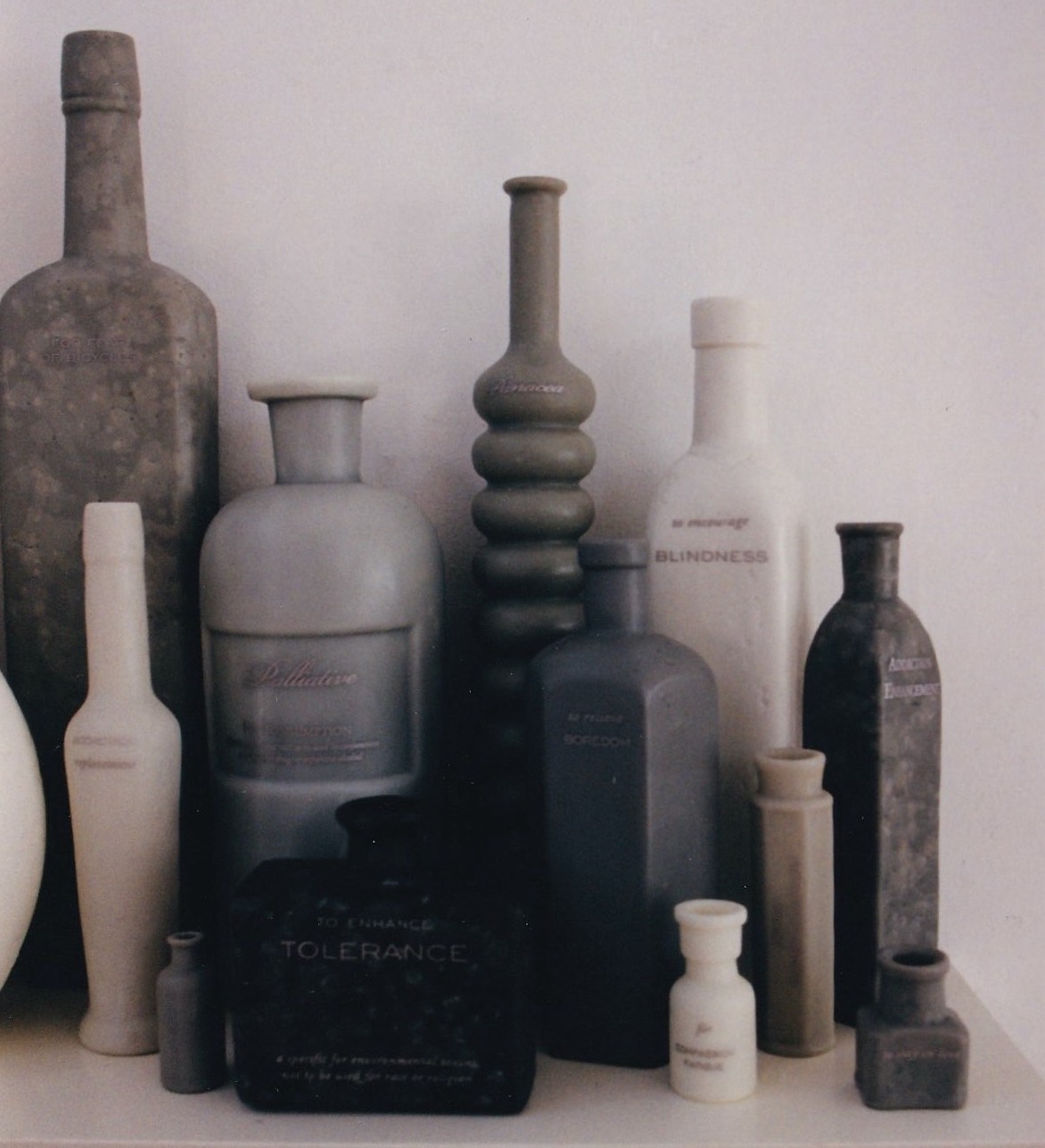 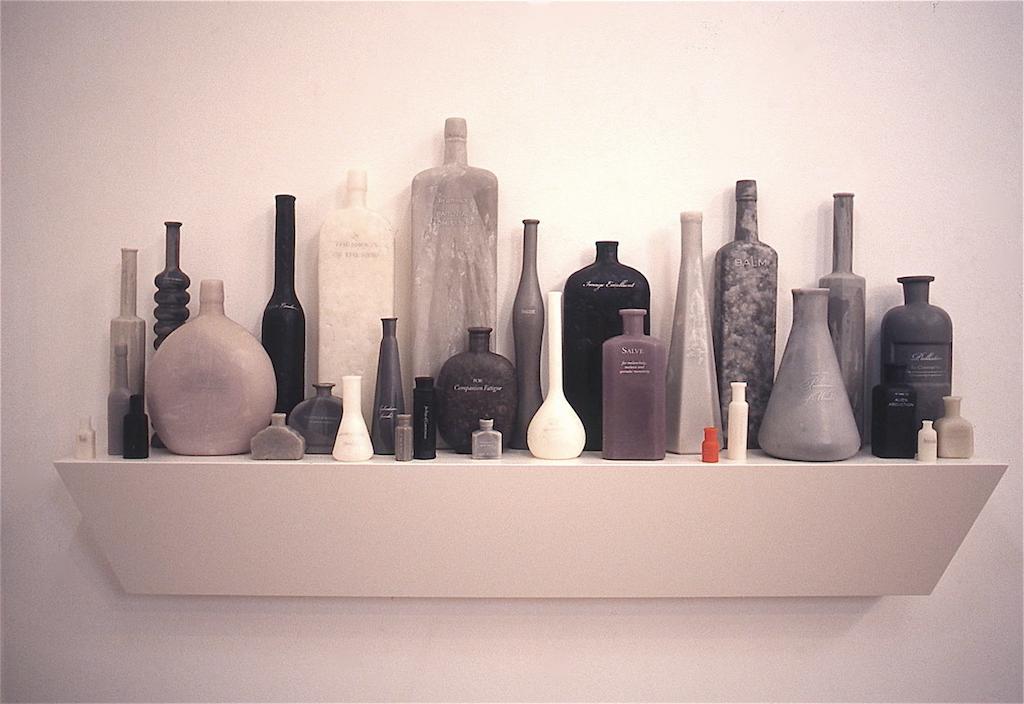 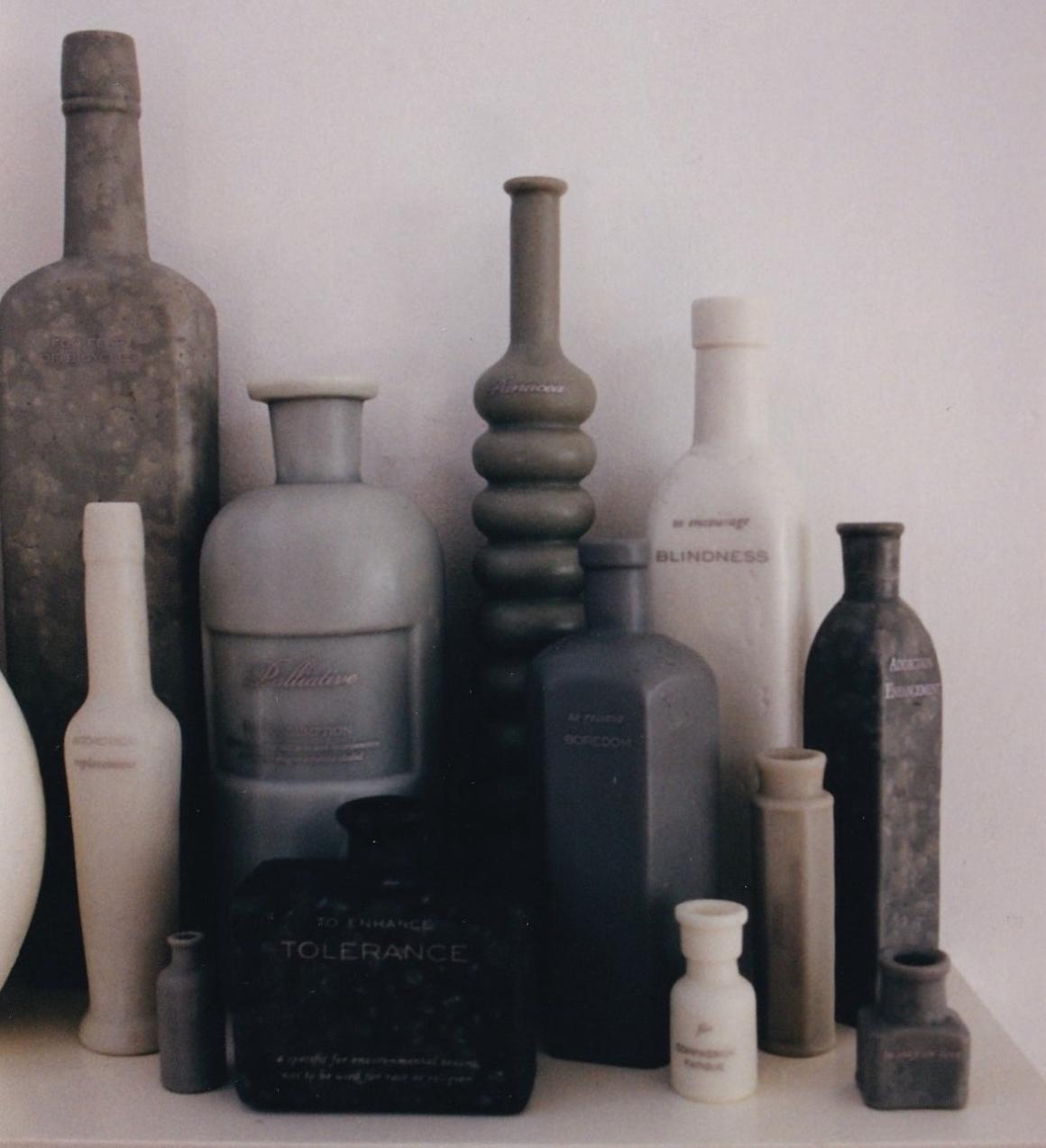 Maria Porges is an artist and writer whose work has been exhibited widely in solo and group exhibitions since the late eighties. She received a SECA award from the San Francisco Museum of Modern Art and has twice been in residence at the Headlands Center for the Arts. A finalist for the Creative Capital/Warhol Foundation Art Writer's Grant in 2014 and 2016, her critical writing has appeared in many publications, including Artforum, Art in America, Sculpture, American Ceramics, Glass, the New York Times Book Review, and a host of other now-defunct art magazines. She has also authored essays for over 100 exhibition catalogues and dozens of scripts for museum audio tours. Porges is a Professor at California College of the Arts.