In Amalia Mesa-Bains’ installation Borders, she creates a sacred space filled with personal and familiar items imbued with the memory and energy of loved ones. Reminiscent of an ofrenda, a home altar to honor and memorialize the departed, this assembly of objects and portraits invite us to empathize and connect with people that we often only know through news reports and statistics.

Mesa-Bains states, “In these divisive and turbulent times, it is critical to understand the history of colonialism that has led to ongoing conflicts. The annexation of over half of Mexico's empire following the U.S. - Mexico war of 1846 - 1848 left a rupture that has never healed. The most current immigration issues, which have fomented such hatred and cruelty, have resulted in children separated from parents at the border and is one of the most tragic failures of our democracy. This piece, Borders, is a reminder of the intimate setting of home and family that we all share. Included also are self-portraits painted by DACA students who were brought to this country as young children and who are seen by their families as the hope of the future. Compassion and care are values needed in these conflicts to help us do the best for all members of our society, no matter their origins.”

Borders was first installed in a 2015 solo exhibition, Sacred Cartographies: The Art of Amalia Mesa-Bains, at the Galeria de la Raza, San Francisco. Borders was also included in the 2018 group exhibition, Califas: the Art of the U.S. - Mexico Borderlands at Richmond Art Center. 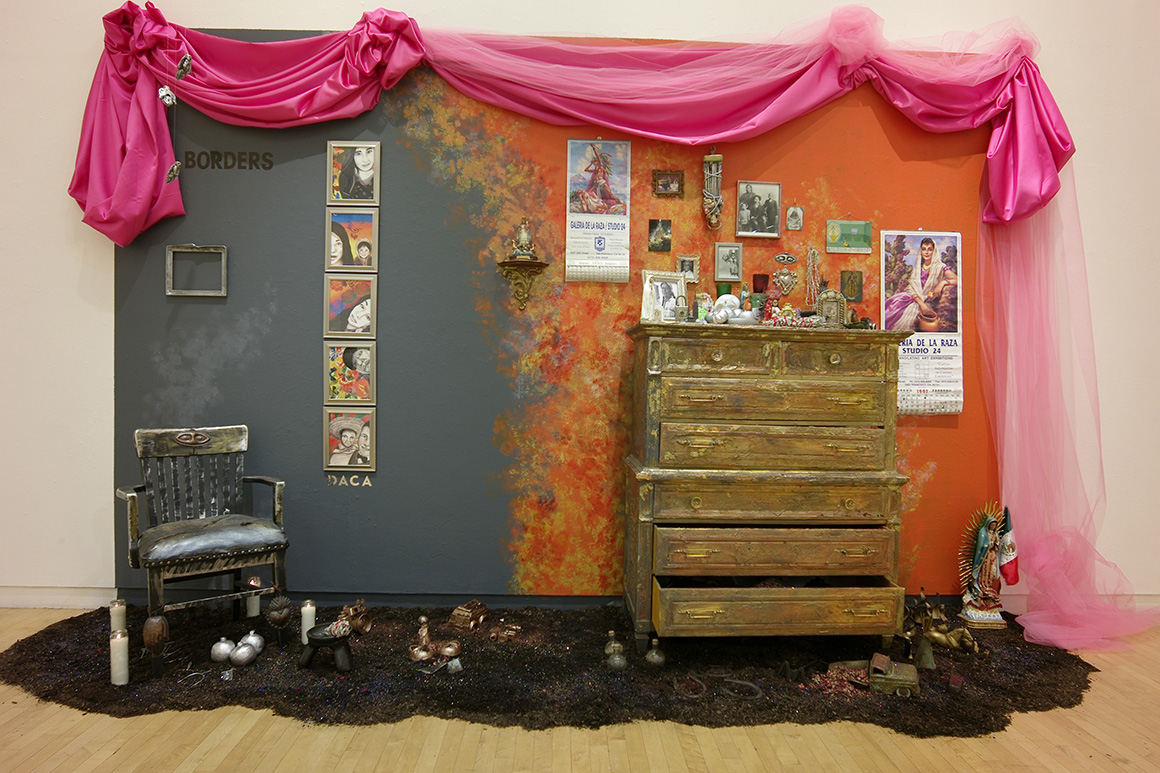 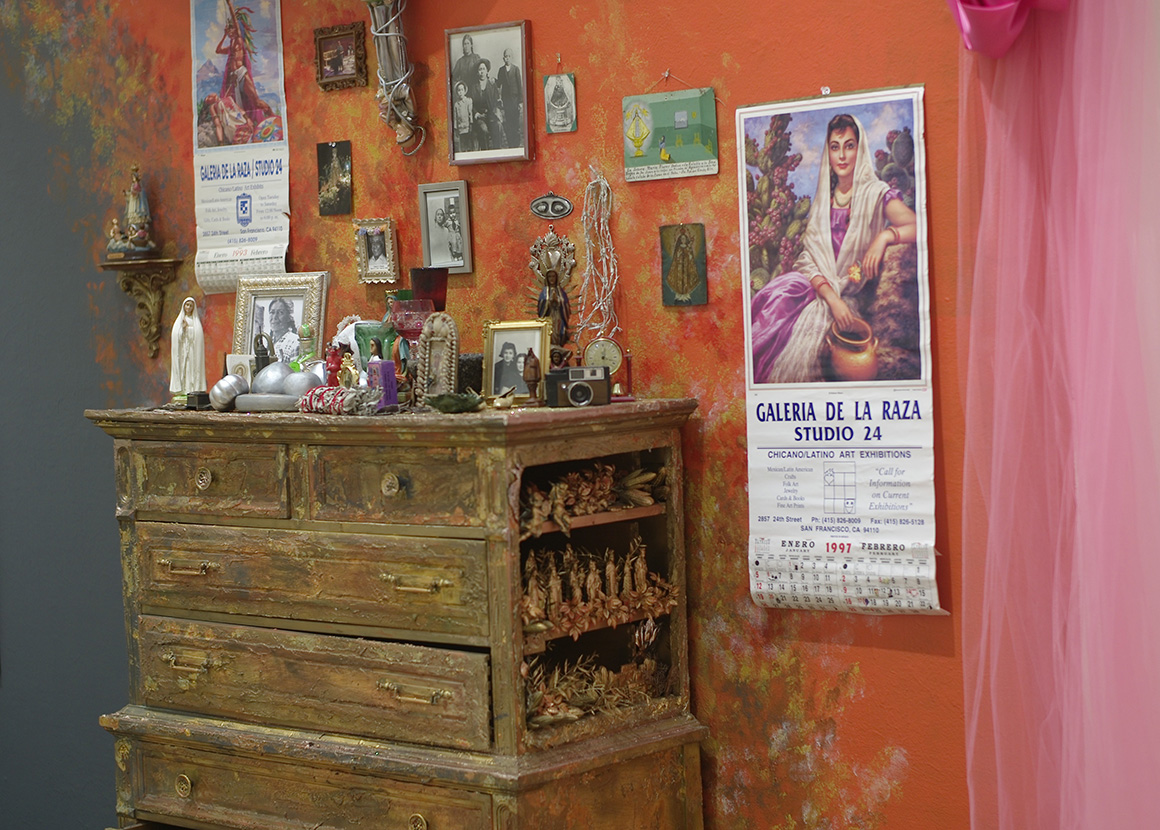 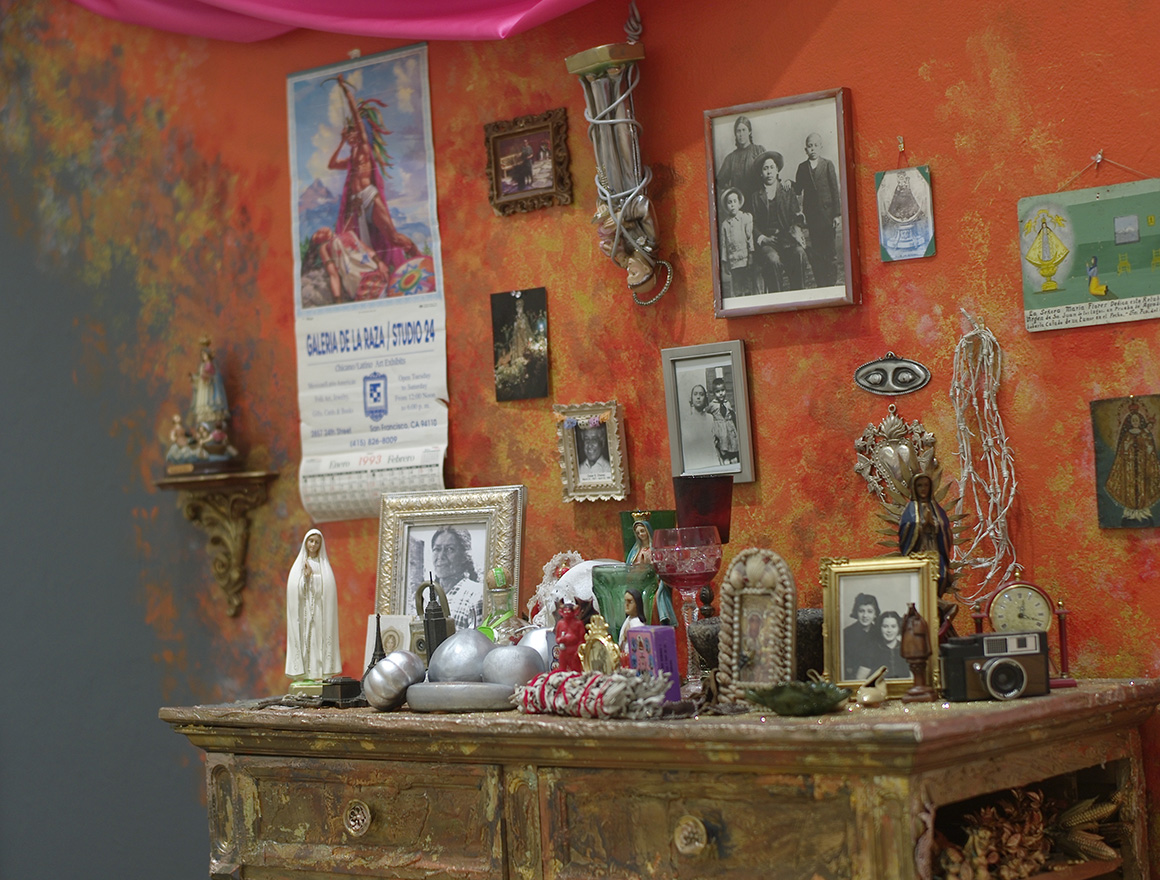 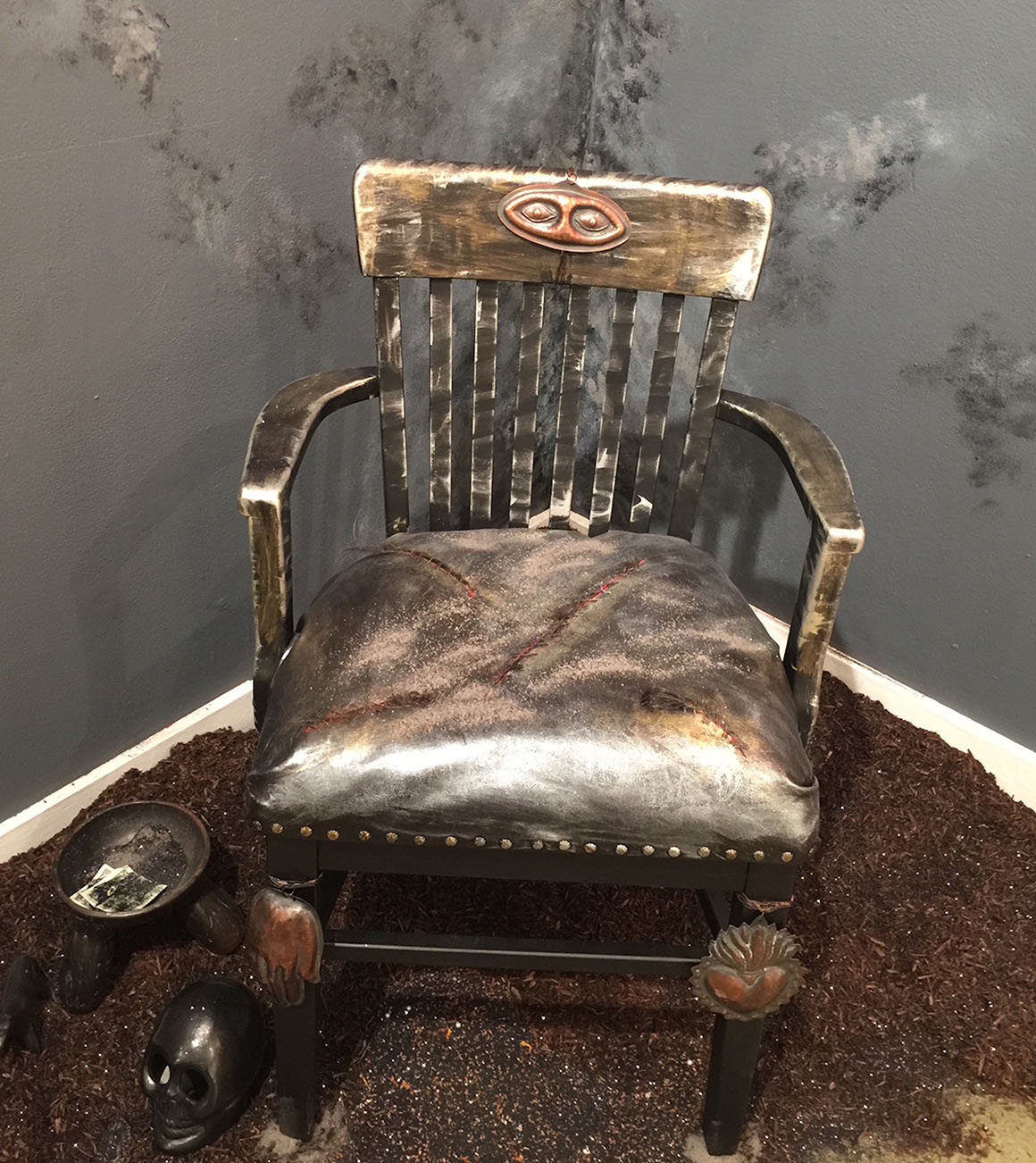 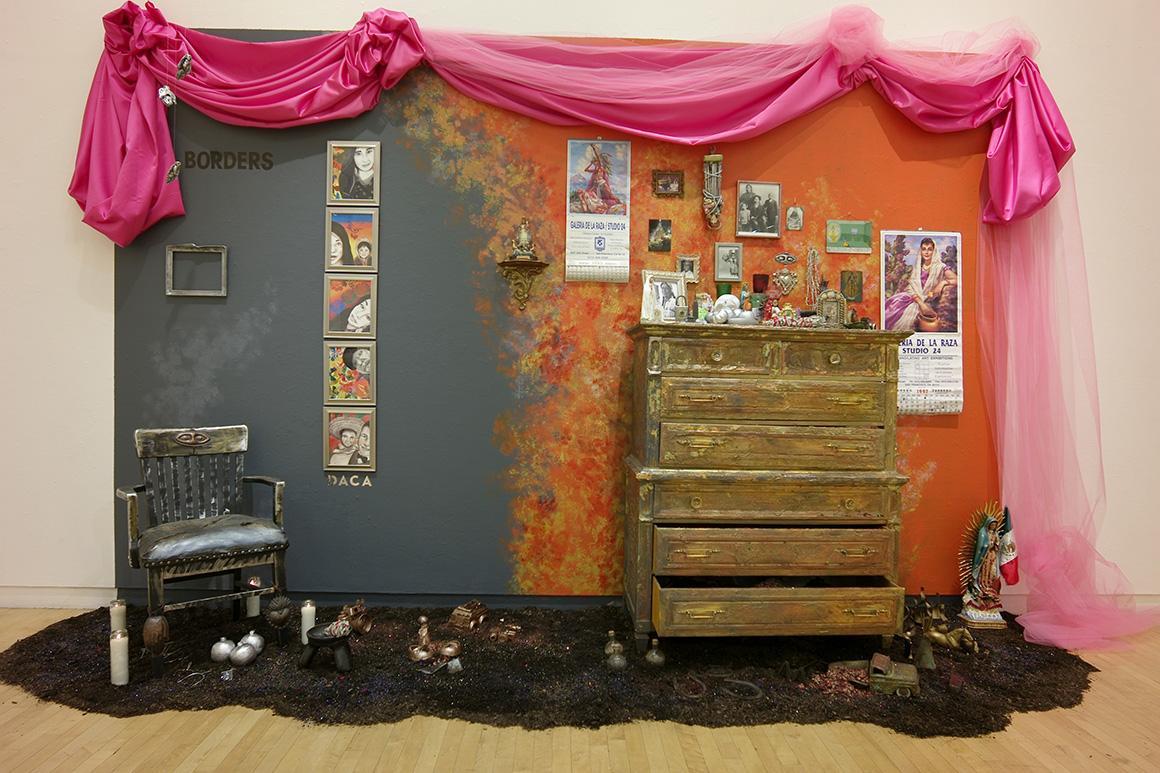 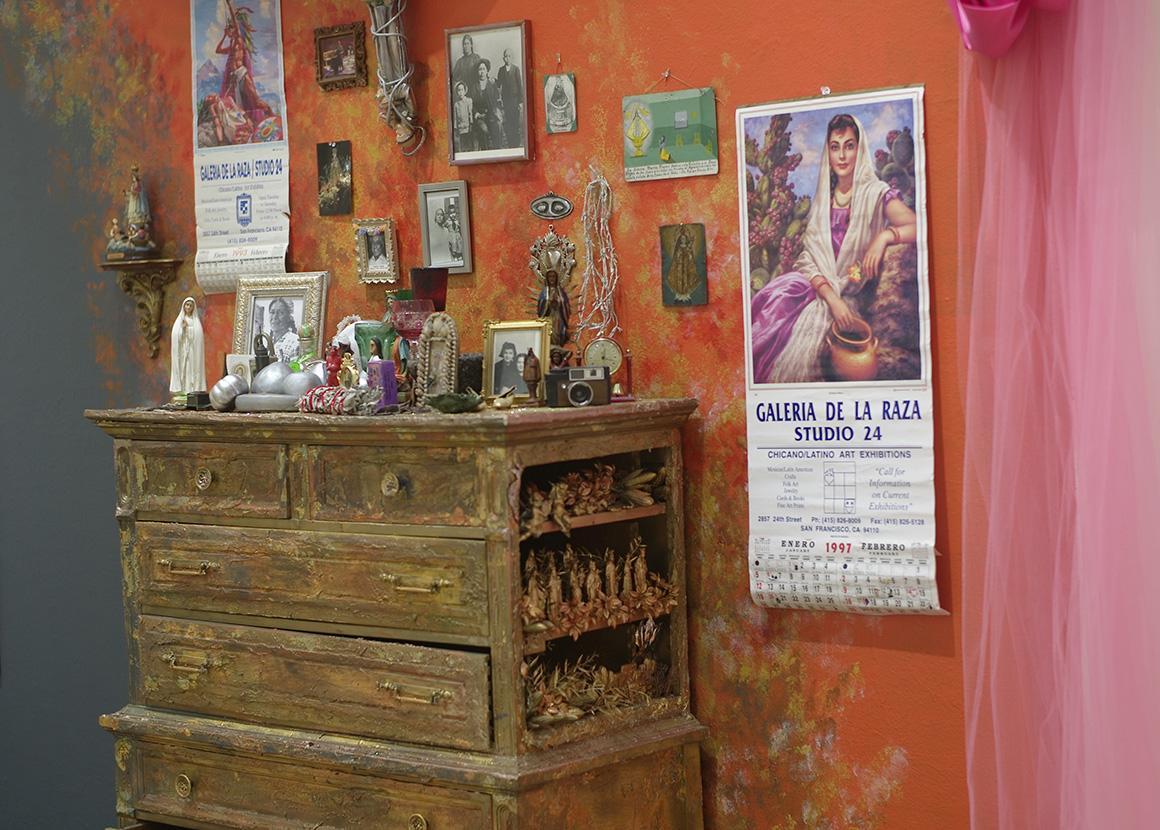 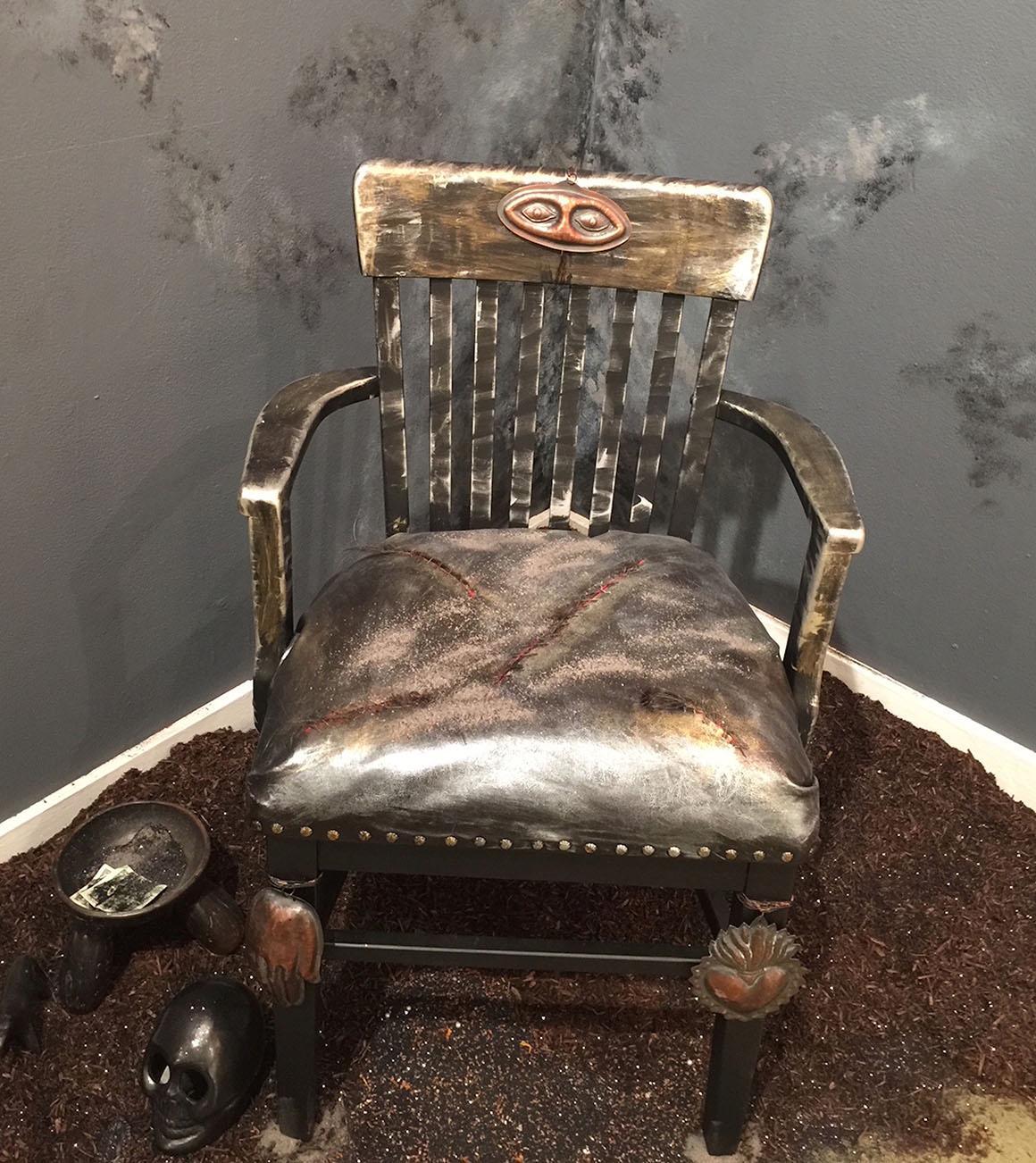 Amalia Mesa-Bains is an internationally renowned artist, scholar, and curator. Throughout her career, Mesa-Bains has expanded understandings of Latina/o artists’ references to spiritual practices and vernacular traditions through her altar installations, articles and exhibitions. In 1992 she was awarded a Distinguished Fellowship from the MacArthur Foundation. Her work has been shown at institutions that include: the Los Angeles County Museum of Art, the Whitney Museum of American Art at Phillip Morris, and the New Museum, as well as international venues in Mexico, Colombia, Venezuela, Ireland, Sweden, England, France and Spain. In 2011, her work was featured as part NeoHooDoo: Art for A Forgotten Faith, and in 2013, she recontextualized objects from the collections of the Fowler Museum at the University of California, Los Angeles in New World Wunderkammer. As a cultural critic she has co-authored along with bell hooks, Homegrown: Engaged Cultural Criticism. Mesa-Bains founded and directed the Visual and Public Art department at California State University at Monterey Bay where she is now Professor Emerita. Mesa-Bains community work includes board of trustee positions with the Mexican Museum in San Francisco and advisory boards for the Galeria de la Raza, and the Social Public Resource Center in Los Angeles.