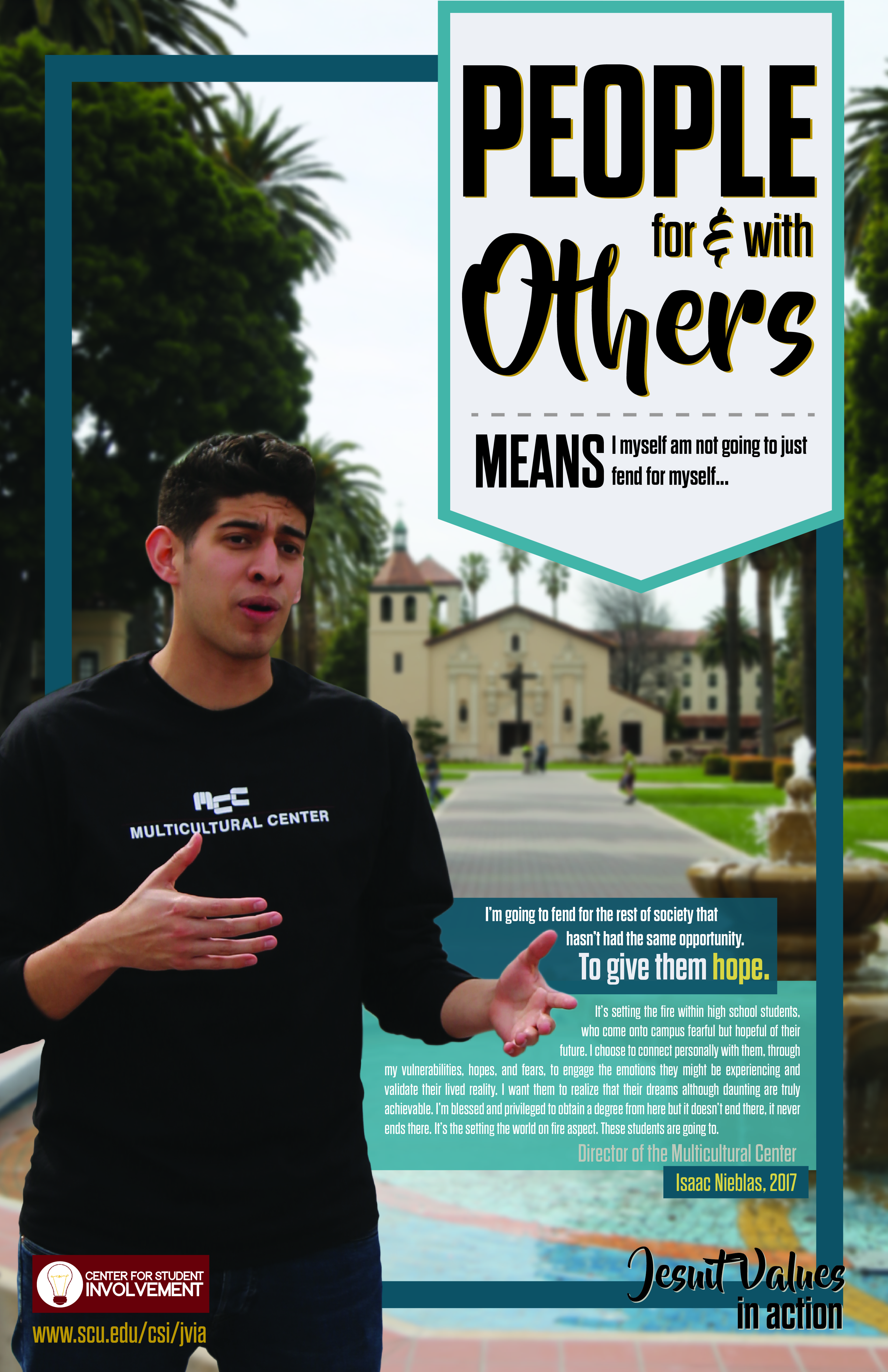 "People For and With Others" poster featuring Isaac Nieblas. 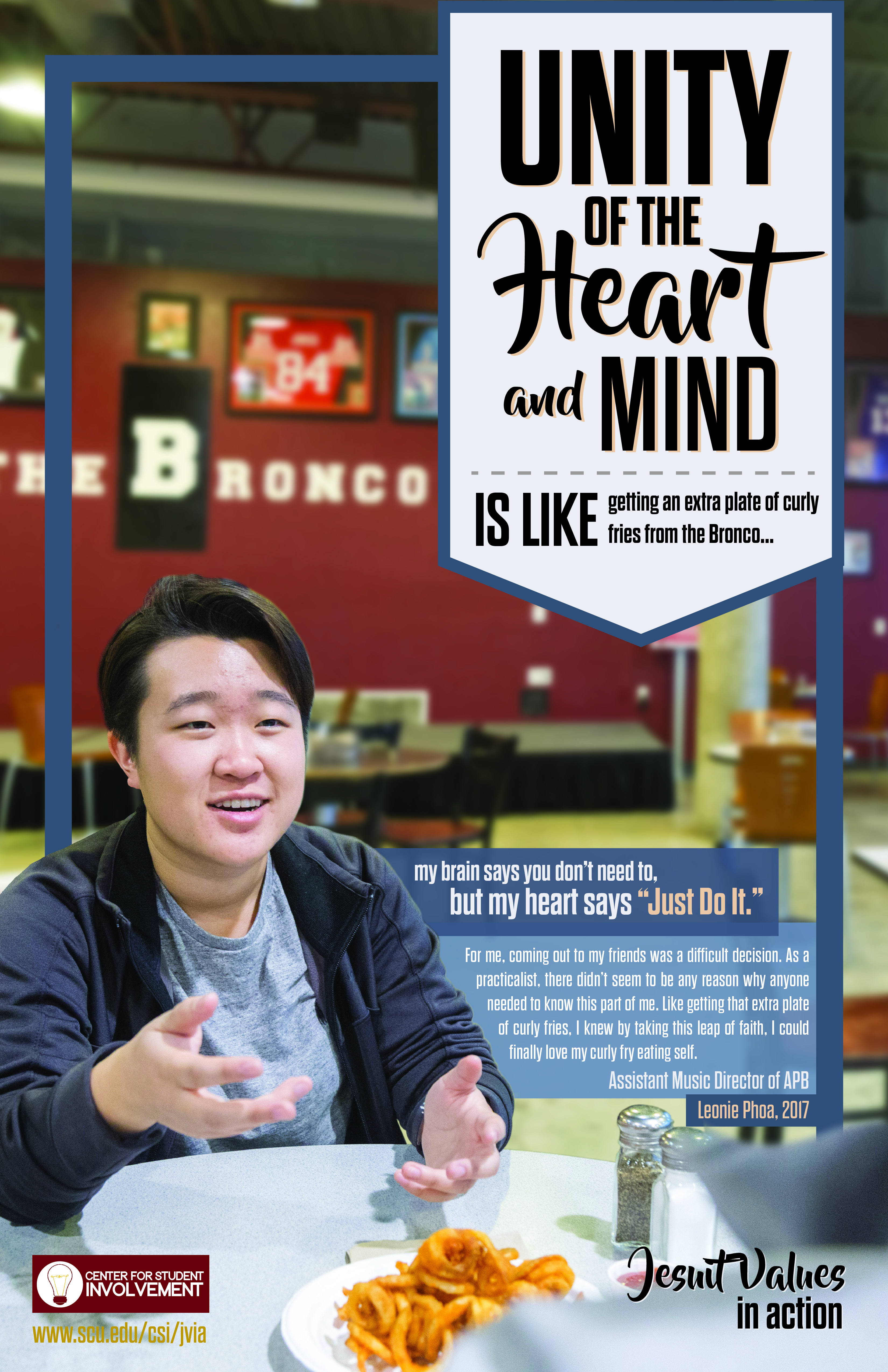 "Unity of the Heart and Mind" poster featuring Leonie Phoa. 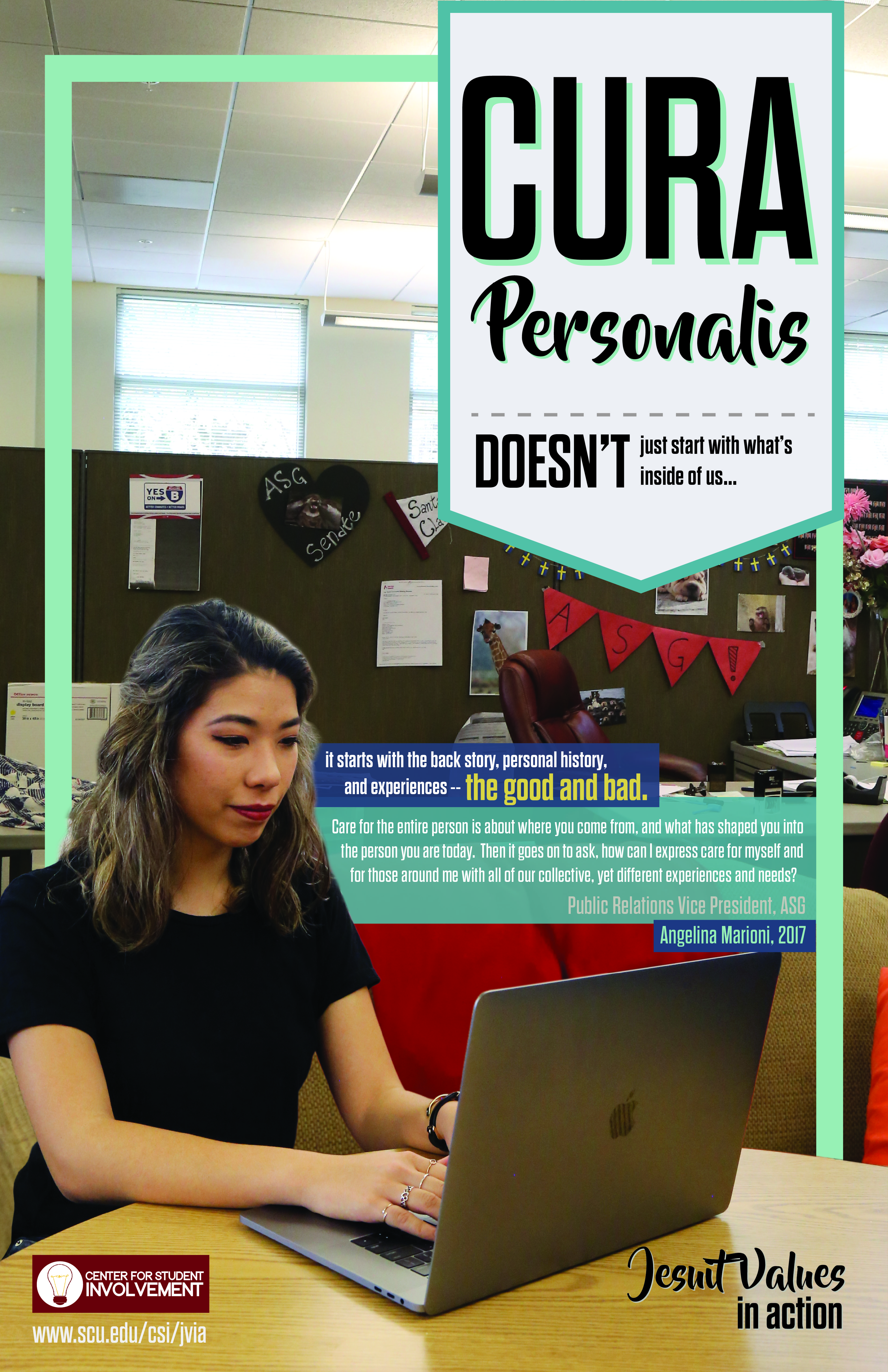 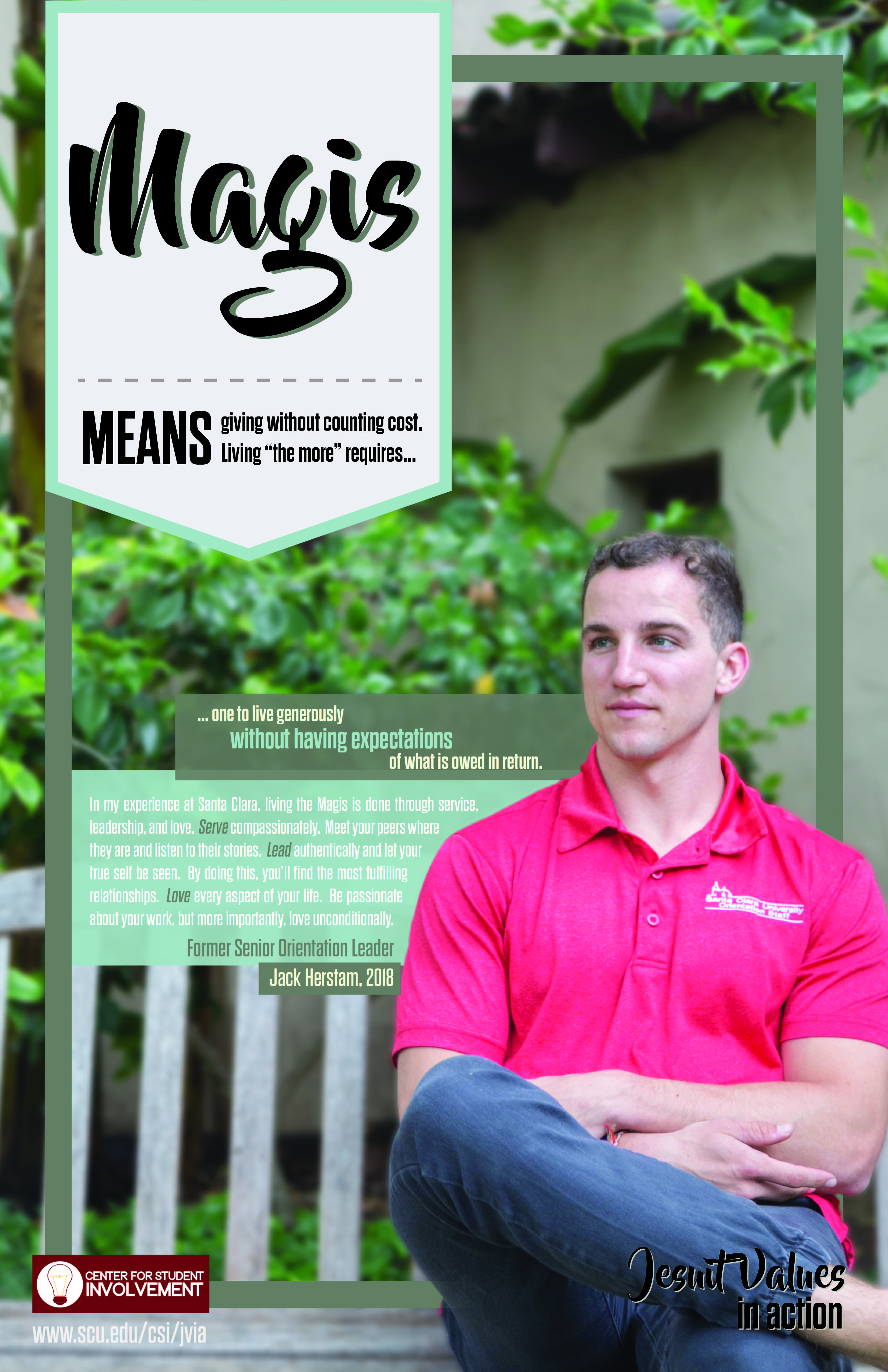 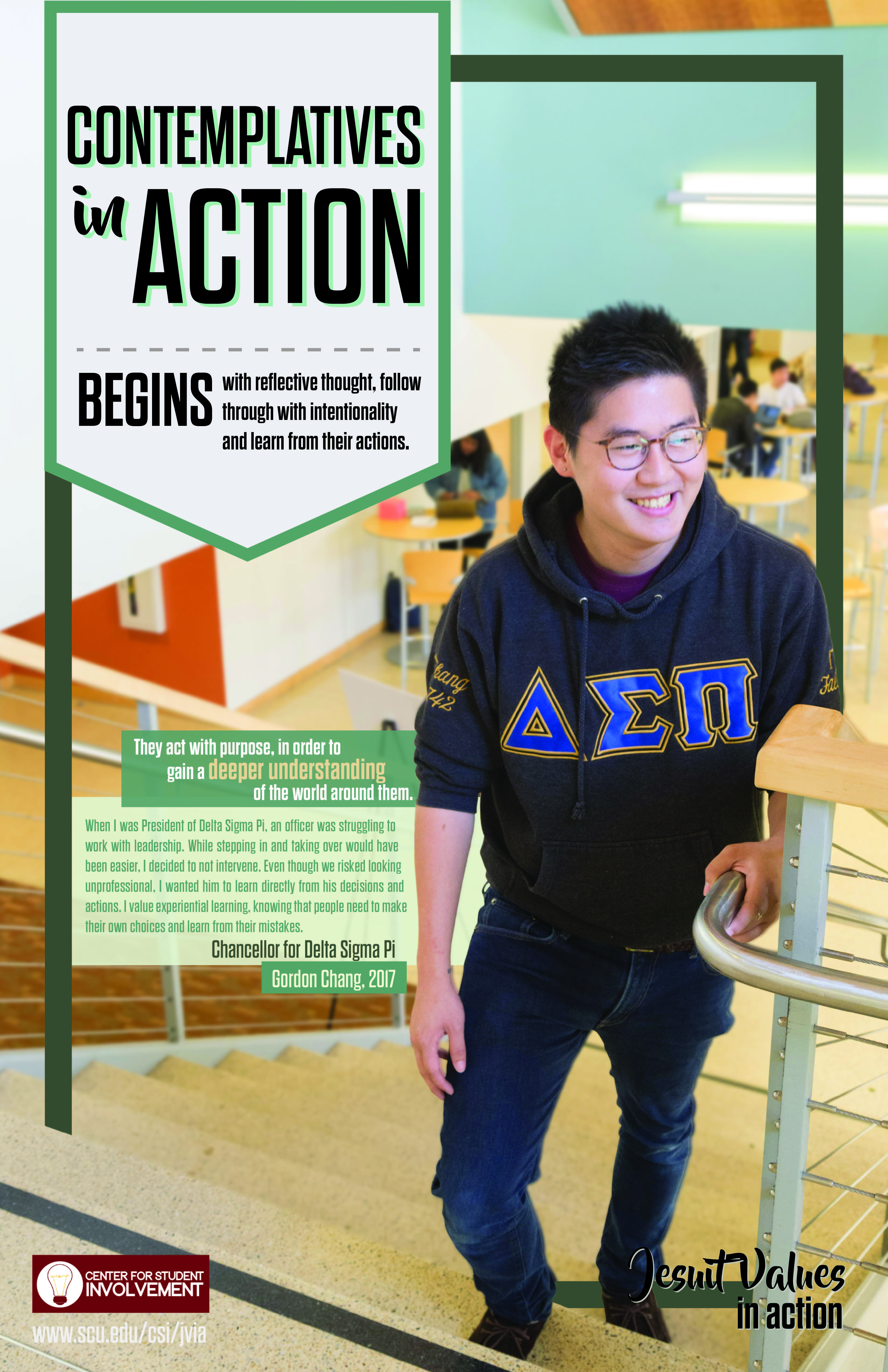 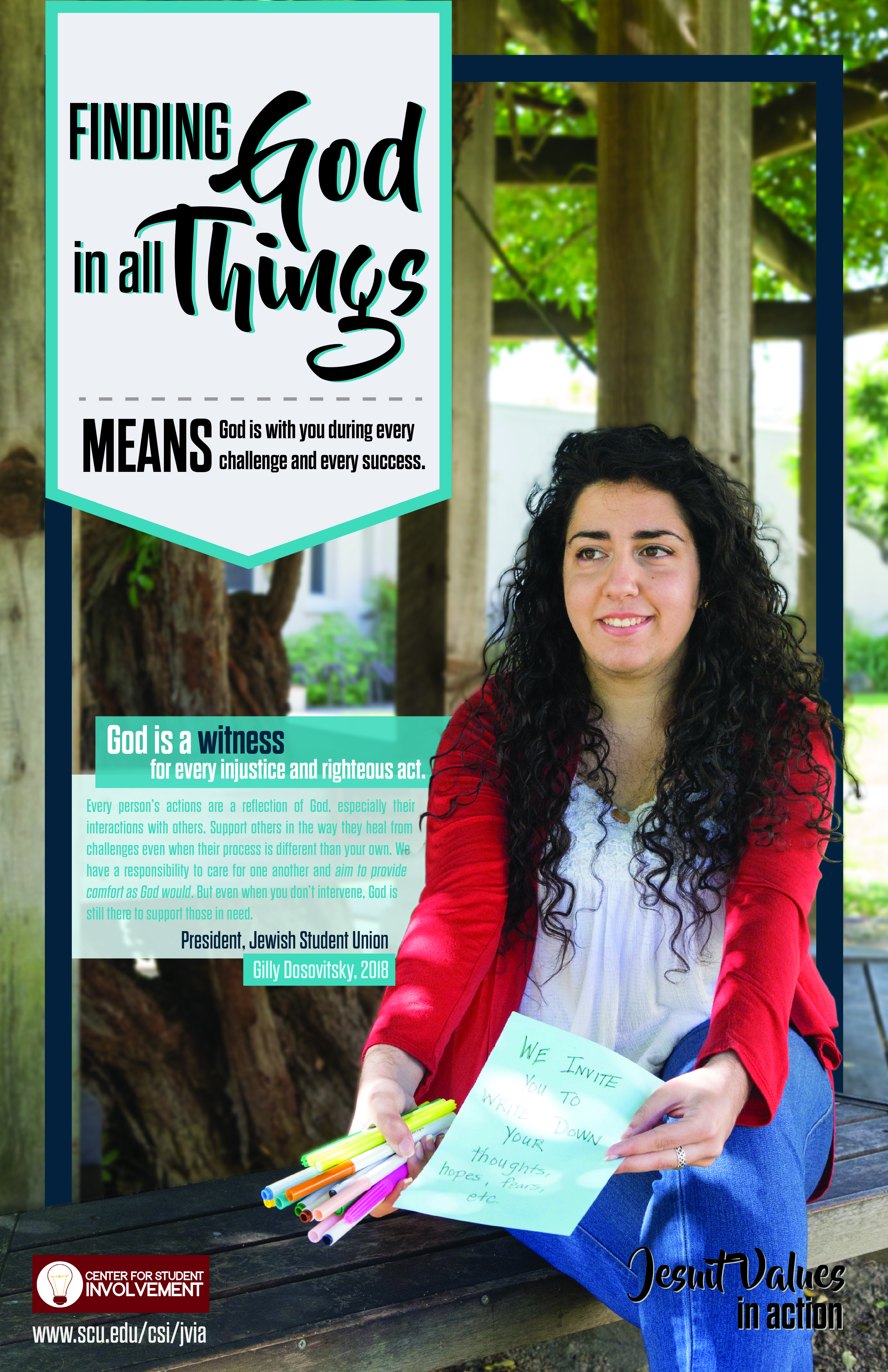 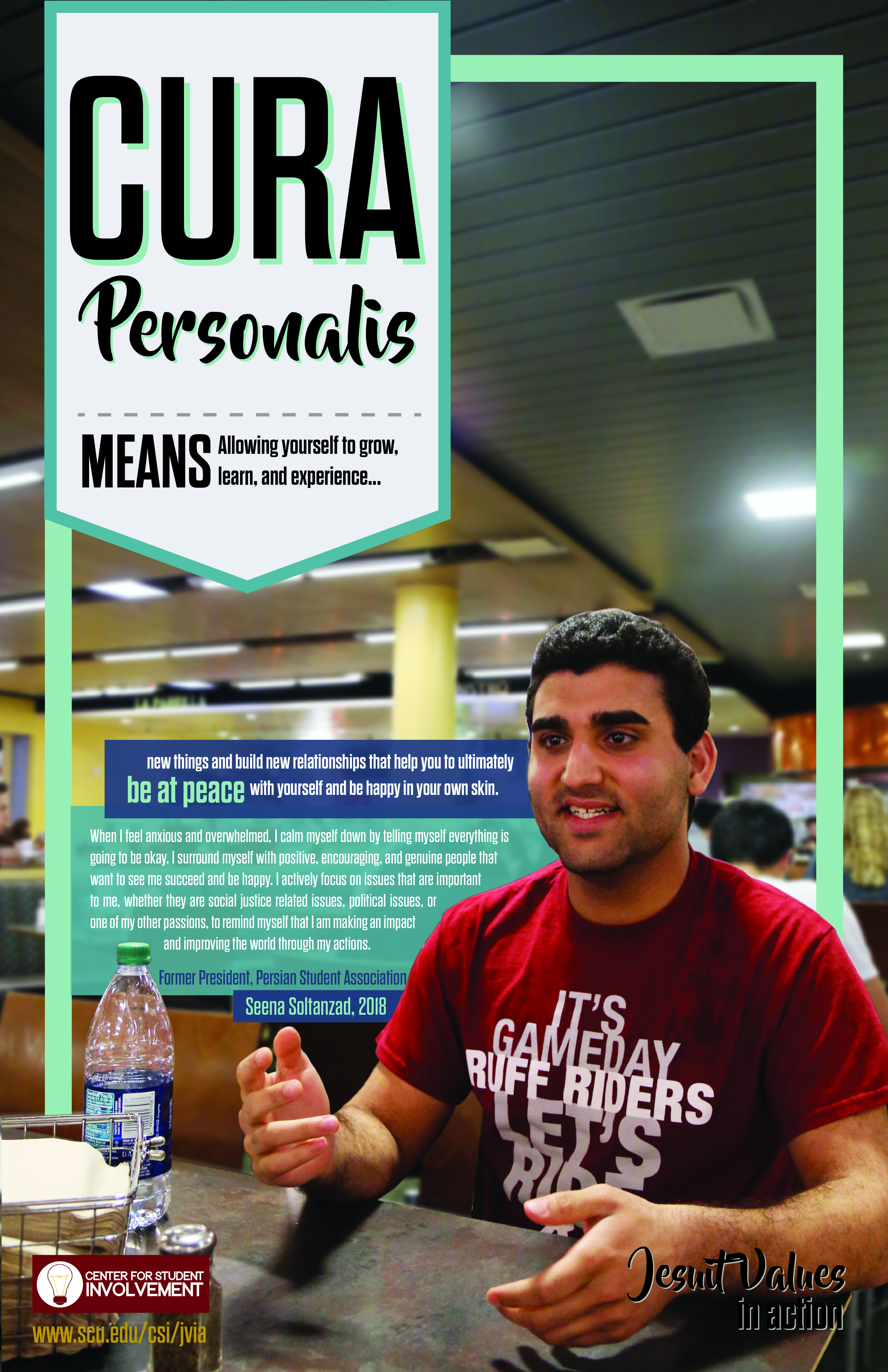 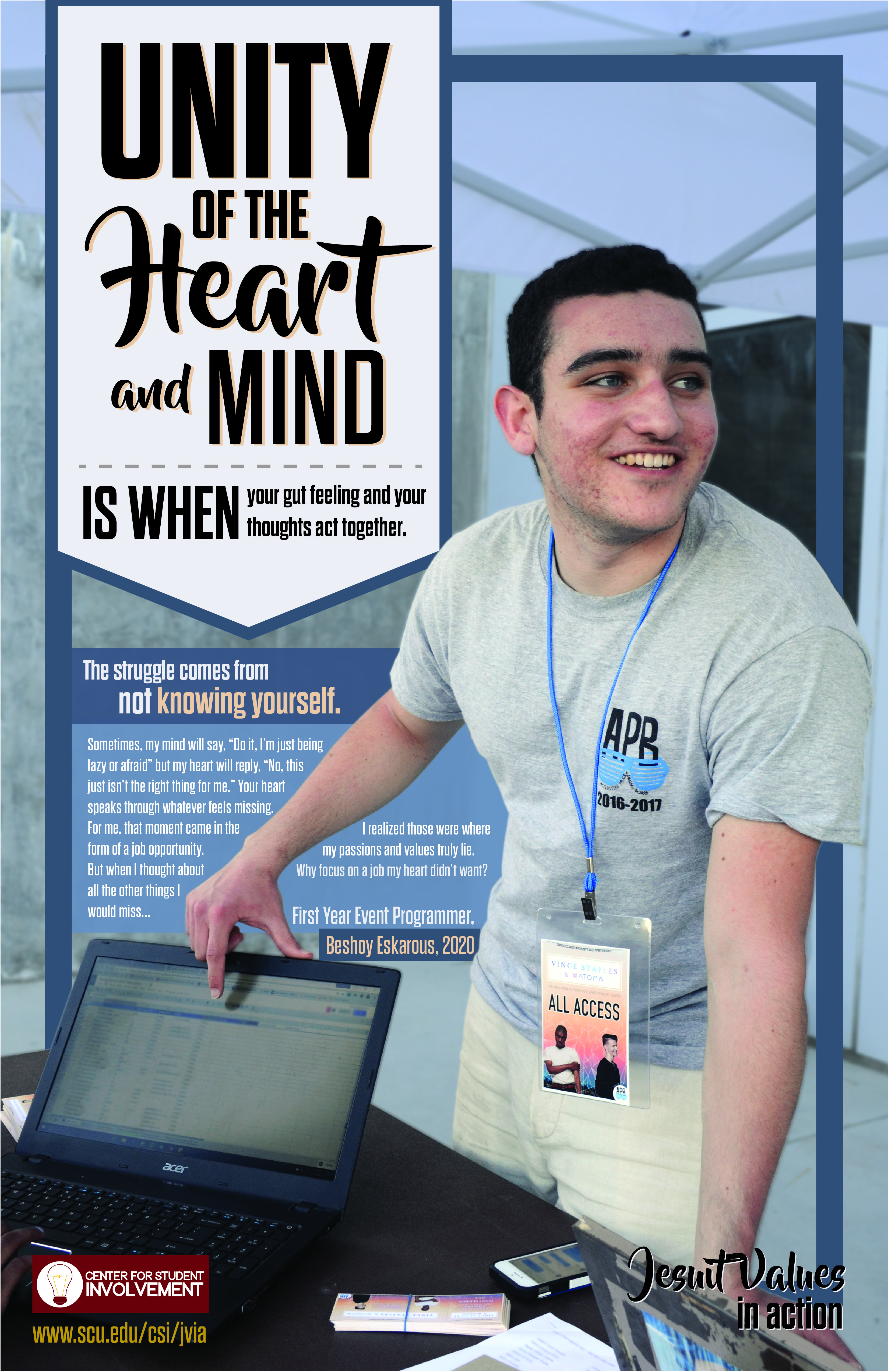 "Unity of the Heart and Mind" poster featuring Beshoy Eskarous. 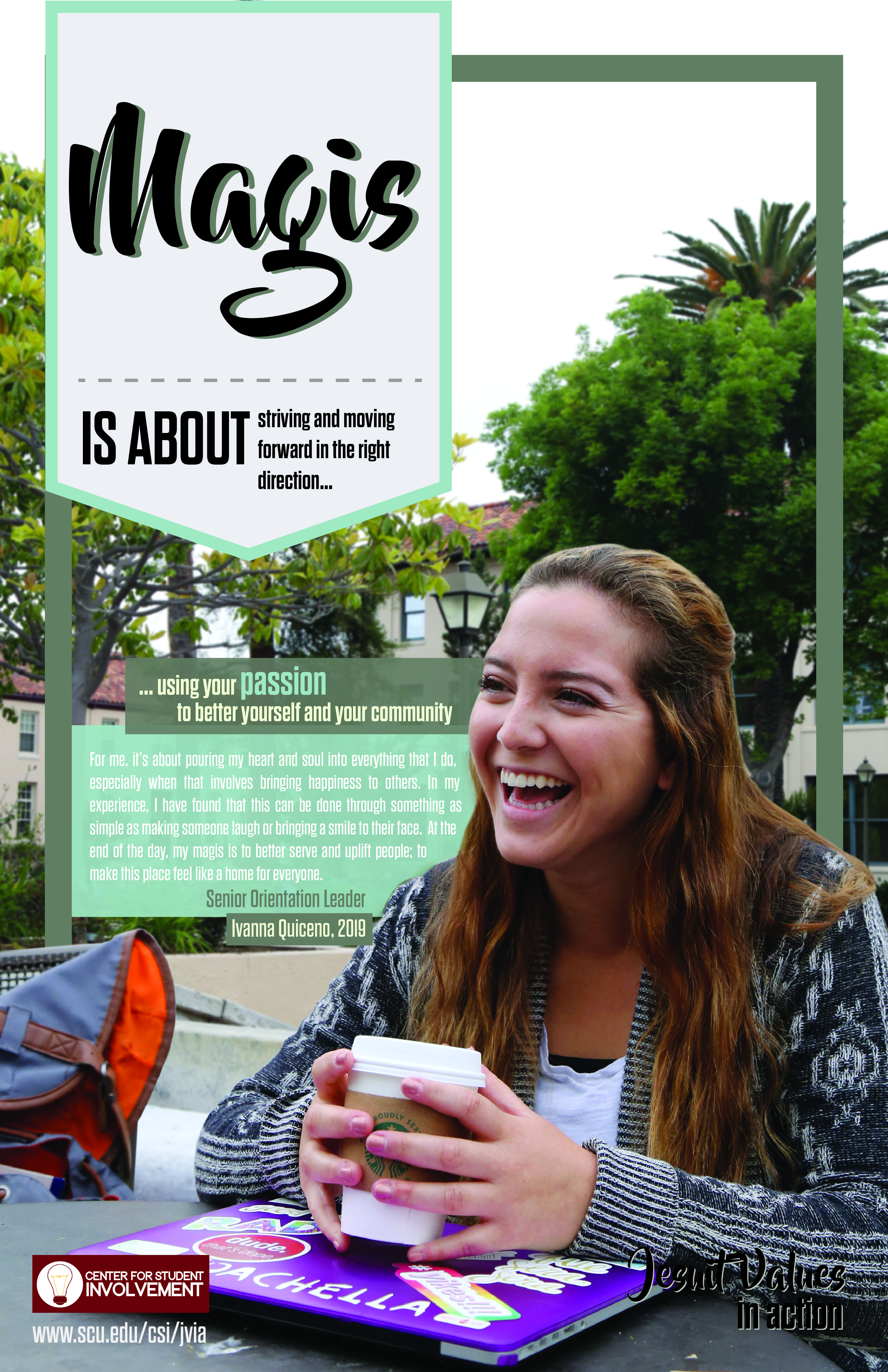 The Jesuit Values In Action Project came out of the Unity 4 forum on October 18, 2016. After a hard start to the quarter the forum was used to discuss the troubling symbols put up in the da Vinci Residential Learning Community (RLC)l and knocking down silhouettes as part of the art installation representing the 43 Mexican students kidnapped in 2014, and presumably killed. Students were encouraged to ask question and express their opinions. The students used their voices, often frustrated, angry, and disillusioned with SCU and the community of which they are a part.

One student spoke up that they felt as if they were sold a false bill of goods – that the SCU they chose, intentionally because of the Jesuit values, were not showing those values in action.

The Jesuit Values In Action project is an opportunity for students to share their own story and experiences and the ways that one of the six selected Jesuit values have guided them. Selected students were nominated by the Center for Student Involvement staff as active leaders who they felt embodied these Jesuit values. Through interviews with CSI, these students were given the space to reflect on impactful experiences at SCU, dive deeper into what the Jesuit values mean, and curate one of these experiences that exemplifies a Jesuit value to be shared with the larger SCU community.

Since Santa Clara University does not have an explicit list of Jesuit values that define the Jesuit identity of SCU, the following values were chosen from a fellow Jesuit institution, Regis University, who lists these 6 in their “Key Values in Jesuit Higher Education.”

The goal of this project is to show that the Jesuit values can and do exist within the lives of all students, not just those who believe in the Catholic understanding of God. These values exemplify our community and are accessible and applicable to all students, and in role modeling them as students, there is an ability to have a profound impact on the campus community. Through the use of these values and how they make a real difference in the lives of students, we hope to engage a larger conversation of Jesuit identity and how students apply them to real life, often including messy situations. We hope for these posters to serve as a snapshot of just a few of the ways these values are alive on our campus.