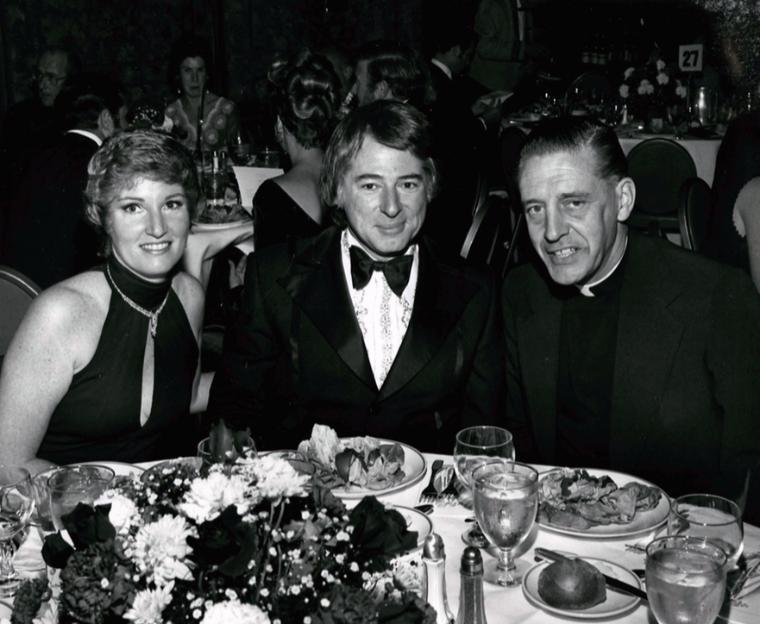 2015 marked the passing of an unequivocally instrumental figure in the development of the Golden Circle Theatre Party. Iconic television producer and director Marty Pasetta left an indelible mark on the entertainment industry as a whole, and an even greater one on our Santa Clara University family.

Born in San Jose, Marty attended Santa Clara University before ending his studies early to pursue a career at San Francisco's KGO-TV as a stage manager and producer. He then moved to Los Angeles, landing his first gig as a big time director on "The Smothers Brothers Comedy Hour" in 1967, before the University beckoned him back.

In 1971, Golden Circle co-founder Walter E. Schmidt, S.J. asked Pasetta to undertake the crucial responsibility of securing the talent and staging the show. As Pasetta notoriously said of his reply, “Who could say ‘No’ to Fr. Schmidt?” And so, for the next 15 years, Pasetta was responsible for landing acts like Frank Sinatra and Bing Crosby for the Golden Circle, all while continuing to develop his impressive career. He directed 17 consecutive Academy Awards telecasts beginning in 1972, helping to transform the program and introduce new, innovative visual techniques. In 1973, Marty helmed the special "Elvis: Aloha from Hawaii,” the world’s first satellite broadcast of a live event and his proudest achievement, according to his son.

In addition to his Oscarcast, Pasetta directed multiple Grammy Awards, several American Film Institute Life Achievement Award ceremonies and a multitude of renowned television specials. His American Film Institute tributes included Alfred Hitchcock, Henry Fonda, Fred Astaire and Frank Capra. To top it all off, the veteran producer also earned nine Emmy nominations between 1974 and 1988. Though Marty Pasetta’s professional achievements are indisputably impressive, those who knew him will most remember his innovative spark generous spirit. He will be dearly missed.