Submit a Concern or Idea

Office for Diversity and Inclusion

For questions about Bias Incidents and procedures, please contact any of the following: 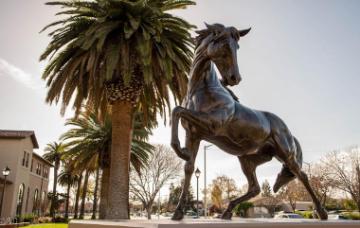 To avoid confusion with the terminology associated with bias-related incidents, we have provided definitions to the more commonly referenced words below.  You can also access additional definitions by using the Racial Equity Tools Glossary.

Anonymous:  made or done by someone whose name is not known or not made public1

Assault: defined as intentionally putting another person in reasonable apprehension of an imminent harmful or offensive contact. Physical injury is not required2

Bias Incident:  Generally, at SCU, bias incidents is an act -- verbal, written or physical -- characterized by some expression of bias towards an individual or against a particular group motivated in whole or in part by a person or group’s actual or perceived race, color, national origin, ancestry, sex, sexual orientation, age, religious creed, physical, or mental disability, medical condition, as defined by California law, marital status, citizenship status, gender identity, gender expression, genetic information, military or veteran status, or other status protected by law, and which has the purpose or effect of unreasonably and substantially interfering with an individual’s or group’s safety or security, or which creates an intimidating, hostile, and objectively offensive educational, living or working environment. Bias related conduct in violation of the Student Conduct Code on the basis of actual or perceived religious faith and political affiliation/orientation is also prohibited.

Privileged Information: Special, confidential information. Privileged means that which is to be only shared between specific parties and not admissible in court, protected from a subpoena6

Discrimination: The unequal treatment of members of various groups based on race, gender, social class, sexual orientation, physical ability, religion and other categories. [In the United States] the law makes it illegal to discriminate against someone on the basis of race, color, religion, national origin, or sex. The law also makes it illegal to retaliate against a person because the person complained about discrimination, filed a charge of discrimination, or participated in an employment discrimination investigation or lawsuit. The law also requires that employers reasonably accommodate applicants' and employees' sincerely held religious practices, unless doing so would impose an undue hardship on the operation of the employer's business4

Hate Crime:​ California law defines a hate crime as a criminal act or credible threat of violence against a person or group of individuals because of their actual or perceived race, color, religion, ancestry, national origin, sexual orientation, gender, or disability, and that is intended to induce fear, scare, terrify or cause psychological harm. These acts of hatred can leave lasting emotional impressions upon their victims as well as entire communities. Bias incidents are sometimes considered to be hate crimes, but not always

Micro-aggressions: The everyday verbal, nonverbal, and environmental slights, snubs, or insults, whether intentional or unintentional, which communicate hostile, derogatory, or negative messages to target persons based solely upon their marginalized group membership7

Macro-aggressions: larger scale or overt aggression toward those of another race, culture and/or marginalized group membership. Individual creating the aggression is very much aware of their actions

Confidential Information: Confidential information refers to items that should be kept private. This can include documents, images, or audio materials. Conversations are also commonly subject to privacy, especially in client-professional relationships. If information is not public then it generally has an owner, which can be an individual or an organization