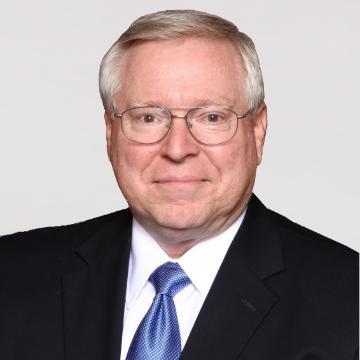 Following his tenure as SCU dean, Dr. Shoup returned to the faculty to continue his teaching and research in the field of machine design and design optimization methods. He also filled a variety of interim administrative roles at Santa Clara University: Acting Dean of the School of Education, Counseling Psychology and Pastoral Ministries 2005-06, Interim Vice Provost for Enrollment Management 2006-08, and Interim Executive Director of International Programs 2009-10.

In addition to his service at Santa Clara, Dr. Shoup contributed to his profession in many ways. In 2006, Dr. Shoup became the 125th President of the American Society of Mechanical Engineers, delivering an address in the People’s Great Hall in China, and testifying before a committee of the U.S. Congress on the important role that engineers play in protecting and preserving the environment. He later was elected as President of the Board of Directors of the ASME Foundation. He is the author or co-author of more than 15 textbooks and more than 140 technical articles, and he also served as the editor-in-chief of the foremost international mechanism design journal, Mechanism & Machine Theory, for more than 25 years.

Among numerous other honors and accolades, Dr. Shoup was named ASME Fellow and received the ASME Centennial Award and ASME Honorary Membership, recognizing a lifetime of service to engineering. He was inducted into the Silicon Valley Engineering Hall of Fame in 2011 and received the President’s Special Recognition Award from Santa Clara University in 2012. Dr. Shoup retired from Santa Clara University in 2019.