A visionary academic leader, President Sullivan is a passionate champion for the tenets of Catholic social teaching, including creating opportunities and economic inclusion through education, dismantling racism and building belonging, and promoting environmental sustainability.

Prior to joining Santa Clara, President Sullivan served as president of the University of St. Thomas in Minnesota for nine years (2013-2022) where she was highly regarded for her leadership in creating innovative academic programs, supporting student well-being and success, and increasing the visibility and reputation of the university. While at St. Thomas, President Sullivan launched the Dougherty Family College as a pathway toward a bachelor’s degree for underserved students, raised more than $100 million in new scholarships, and completed the university’s transition from Division III to Division I athletics. She also established a new School of Nursing and the Morrison Family College of Health, which prioritizes culturally responsive health practices and sustainable approaches in the field.

In addition to extensive non-profit board work, President Sullivan has 19 cumulative years of public company board service and 15 years of private company board service, spanning a number of industries. She most recently served on the boards of Loyola University Chicago, Catholic Charities of Saint Paul and Minneapolis, and the Association of Catholic Colleges and Universities, among others.

A native of Florida, President Sullivan is a first-generation college graduate with three degrees from the University of Florida—a bachelor’s degree in accounting, a master’s degree in taxation, and a Ph.D. in business. She is an avid sports fan and dog lover and enjoys exercise, any water activity, traveling with her husband, and family time with children and grandchildren.

"You can't do anything alone. I always tell people that my dreams are just fantasies if I can't find anyone who shares them. If we can find some shared dreams, we can do anything together." 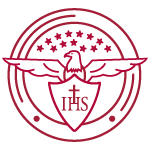