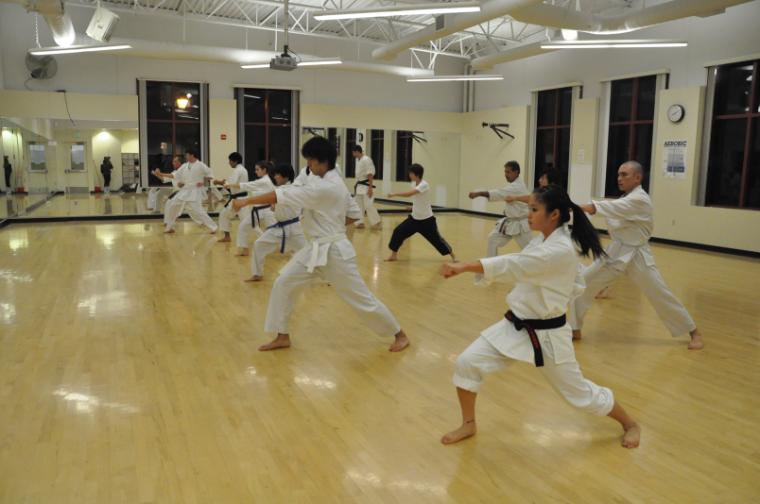 For over 40 years, the Santa Clara University Shotokan Karate club has been training dedicated students in this Japanese-based martial arts form. The team consists of 15 to 20 competing and non-competing members in this sport, focusing on discipline, creating friendship, and competing in local tournaments. Since its establishment at Santa Clara University, the Shotokan Karate team builds strength of character and self-defense skills. The team accepts all members of different skill levels, from novices to those who have practiced other martial arts previously.

1) Seek perfection of character.
2) Be faithful.
3) Endeavor.
4) Respect others.
5) Refrain from violent behavior.