Dr. Newsom Kerr teaches courses fulfilling core requirements in Science, Technology and Society such as "Plagues, Epidemics, and Infections" and "History of the Senses." He also offers courses in modern European History and British History, including "Victorian London" and "Britain in WWI."

His research focuses on Victorian London society and culture, the history of medicine/public health, and a range of thematic concerns, including representations of disease and the body, urbanism, social class, visual culture, and sensory perception. These emphases can be found in the dissertation he is currently revising into a manuscript: "Fevered Metropolis: Epidemic Disease and Isolation in Victorian London." 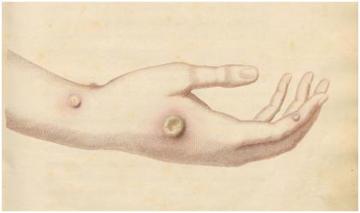 "'An alteration in the human countenance': Inoculation, Vaccination, and the Face of Smallpox following Jenner." Scratching the Surface: The History of Skin, its Diseases and their Treatment, University of Birmingham, 30 October 2010

"'An alteration in the human countenance': Inoculation, Vaccination, and the Visual Culture of Smallpox in early Nineteenth-Century Britain." The Epidemic in Modern History, University College Cork, Ireland, November 8-9, 2009

"'Perambulating fever nests of our London streets': Cabs, Omnibuses, Ambulances and the circulation of infection in Victorian London." Society for the Social History of Medicine & European Association for the History of Medicine and Health, London, September 12-15, 2007

"Mapping and Imagining the Centres of Disease: London Smallpox Hospitals, Epidemic Visuality, and the Politics of Urban Space, 1870-1885," invited to be delivered before the international conference, "Medicalisation of Spaces, Spaces of Medicalisation: New Debates in the History of Medicine and Science," University of Kent, Canterbury, United Kingdom, November 12, 2005 (invited but declined)

"Public Health and the Public's Fear: Infectious Disease Isolation in London, 1870-1900," invited to be delivered before the international conference, "Invisible Enemies: The Cultural Meaning of Infection and the Politics of Plague," University of Zurich, Switzerland, September 22, 2005 (invited but declined)

"A Culture of Contagion: Suburbanization and Disease Isolation in Victorian London," European Association for the History of Medicine and Health and the Society for the Social History of Medicine, Ministère de la Recherche, Paris, September 9, 2005 (invited but declined)

"Play(gue)grounds of London: Hampstead, the Heath, and the Hospital," American Association for the History of Medicine, Birmingham, Alabama, April 6, 2005

"In the Air?: London Smallpox Hospitals and the Politics of Urban Space, 1870-1885," Joint Atlantic Seminar for the History of Medicine, Harvard University, October 16, 2004

"'An Alteration in the human countenance':Inoculation, Vaccination, and the Face of Smallpox in the Age of 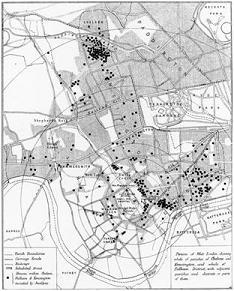 Review of Caroline McCracken-Flesher, The Doctor Dissected: A Cultural Autopsy of the Burke and Hare Murders. New York: Oxford University Press, 2012, in Journal of British Studies 51, no. 4 (October 2012), 1061-62

"'Perambulating fever nests of our London streets': Cabs, Omnibuses, Ambulances, and Other 'Pest-Vehicles' of the Victorian Metropolis" Journal of British Studies(April 2010)

Review of Michelle Allen, Cleansing the City: Sanitary Geographies in Victorian London. Athens: Ohio University Press, 2008, in Bulletin of the History of Medicine 83, no. 2 (Summer 2009) 405-06. 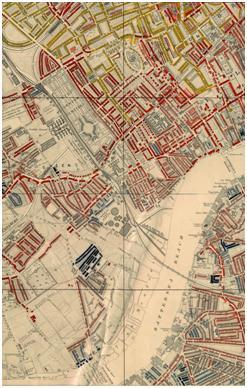 Matthew Newsom Kerr wrote a perspective piece in the Washington Post about the growing frustration with unvaccinated and antivax America.