On the impact of Covid-19 in the Amazon region

Passing of indigenous actor represents the more visible end of a complex, centuries-long story of oppression and neglect

Passing of indigenous actor represents the more visible end of a complex, centuries-long story of oppression and neglect

On April 30th, Antonio Bolívar, Ocaina-Witoto elder, actor, and cultural organizer, died at age 75 of Covid-19 complications in Hospital San Rafael in Leticia, Colombia. I ask myself if I should relate the news to my students in SPAN 101. Early on in the quarter I committed to strip email communications to the minimum in order to avoid cluttering their inboxes during a stressful time. Antonio Bolívar stars in a leading role in Ciro Guerra’s El abrazo de la serpiente (Embrace of the Serpent) and has a supporting role in Netflix’s Frontera verde (Green Frontier), also co-directed by Guerra, a portion of which we watch in SPAN 101, one of the foundational courses in the Spanish major and minor.

In Embrace of the Serpent, Bolívar plays Karamakate, shaman and last surviving member of the fictional Coihuano people, in the context of two major local and global events: the ravages of the rubber boom in the early 20th Century, and world war in the 1940s. Although Karamakate represents a composite of persons accounted for in the travelogues of German ethnologist Theodor Koch-Grünberg and the American botanist Richard Evans Schultes, the character echoes Bolívar himself. The actor was one of the 60-something remaining speakers of Ocaina, of the Witotoan subfamily of languages. The Witotoan peoples, spread throughout the Amazon region in the Colombian-Peruvian border, are estimated to have been 50,000 at the beginning of the 20th Century, but the genocidal encroachment of rubber barons nearly wiped them off the face of Earth.  Today their number has recovered to around 10,000, of which 7,000 still preserve at least one of their native languages.

Bolívar also represents one of the more internationally recognizable faces of the impact of Covid-19 among indigenous populations. The virus has reached the region where the borders of Colombia, Perú, and Brazil meet. Although relatively isolated, some of these locations are attractive for adventure tourists, who are believed to have brought the disease to the small city of Iquitos, capital of the Loreto province in Perú, accessible by boat or plane.

Although the government of Perú was one of the very first in the hemisphere to take decisive action, mandating shelter in place and basic income substitution orders, the number of cases has skyrocketed. Isolation, lack of funds for basic medical supplies, and lack of infrastructures interfered with implementation of any policy, regardless of how well it may have been conceived from the centers of political power. Sometimes just recklessness or opportunism will suffice to cause damage. The mayor of the capital city in the district of Trompeteros ignored requests from the elders of the Achuar communities (est. total population 18,500, 3,500 of them in Perú) to leave all aid on village boundaries. The mayor instead toured the area documenting aid distribution around 20 villages where he mingled with the population. At least one member of the mayor’s delegation was carrying the virus, causing another outbreak.

In the United States, the epidemic has brought to the fore the structural, long-standing environmental injustice, economic imbalances, and dysfunctions of our health care system and their disproportionate impact on communities of color. A similar story, with its regional specificities, can be told of the people in the lower portions of the socioeconomic scale in Latin America, disproportionately populated by indigenous, afrodescendent, and mestizo populations, a scheme not too distinct from the caste-like divisions of the colonial period.

Although many Latin American countries fall under the “middle income” label by World Bank standards, quality of life markers such as public health, education, and labor conditions are typical of poorer countries. These conditions did not happen overnight, and cannot simply be explained away by vapid talking points about “poor governance” or a concept of “poverty” as the inevitable destiny of Tropical regions. They are the result of decades of political interference from rich countries like ours, promotion of civil conflict, a debt servicing regime entailing the imposition of austerity measures (the impact of which is carried disproportionately by women and children), unfair trade practices involving lack of taxation of foreign direct investment, destruction of local habitats, disruption of dietary practices, unfair arbitration resolutions that tend to favor private corporations, not to speak of the impunity in the violent harassment of  labor, indigenous, and environmental activists. Any natural disaster merely compounds the damage caused by these preexisting conditions.

Through my classes in Latin American Studies (SPAN 137, 146, 147), I attempt to inspire in students a vigilance about the uncomfortable realities haunting the margins of certain triumphal statements common in goal-oriented cultures like ours. Any claim about the value of Spanish as an international language (indeed, of any international language) needs to be tempered by a critical awareness of the extreme violence and brutal neglect colonial authorities and privileged minority groups inflicted on subjected peoples for centuries. Great political and philosophical achievements of Western thought implied the exclusion of a large portion of the global population from their concept of humanity, unless they would submit to forms of linguistic and cultural assimilation.

I invite students to appreciate the disingenuousness of representing the Industrial Revolutions as a Western development, when they were predicated on a massive global extraction of natural resources, e.g. combustibles (whale oil), fertilizers (guano, saltpeter), natural fibers (henequen, cotton), and minerals (copper, tin), most of which were found in abundance largely in regions known today as the “Global South.” This exploitation came with a deadly cost to objectified living beings and a disastrous destabilizing effect for human societies worldwide that persists to this day. I hope that, perhaps, in the future, while reading gloating editorials in Western business publications about “business friendly conditions” in “developing countries,” they may see what lies beyond this euphemism: politicians bribed or coerced into favoring foreign direct investment, violent and polluting extraction, harassment and murder of indigenous peoples, community leaders, labor organizers, and environmental activists.

Study in the humanities offers an opportunity to interrogate our present and past from a critical standpoint, unimpeded by goal-oriented urgencies. It is an approach that allows us to contemplate current imbalances and injustices as a product of a world system. While the media machinery vies for a return to normality, these calls need to be tempered by questioning the concepts of normality that brought us to the current crisis in the first place.

twin pandemics blog, The Stories We Tell and Don’t Tell
581599 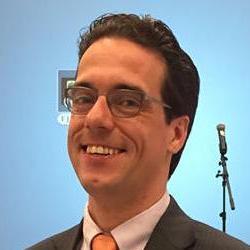 Alberto Ribas-Casasayas is Associate Professor of Spanish and Director of the Interdisciplinary Minor in Latin American Studies at Santa Clara University.  His more recent scholarly work focuses on representations of finance in contemporary Spanish and Latin American narrative.

For more information: You can read more extensively about Antonio Bolívar’s passing in this article published in The New Yorker. The Latin American section of Mongabay.org offers this extensive report on the Covid-19 crisis in Leticia, capital of the Amazon district in Colombia.  More general reporting about the health crisis in the Amazon region can be found in this BBC news piece from early May. The new Spanish-speaking podcast El hilo offers excellent context-oriented coverage of a major weekly development in Latin America, like this episode on the management of the pandemic in Perú. For further reading, Patel and Moore’s A History of the World in Seven Cheap Things offers an excellent introduction to the intersections between colonial violence, extractivism, and human, labor, and environmental abuses. Charles Mann’s 1493 is a fascinating read on world system development following the European arrival to the Americas. For more in-depth reading, Ericka Beckman’s magnificent Capital Fictions represents a key to the extractivist mindset that developed amongst Latin American elites concurrently with the Second Industrial Revolution.