What Can a Future of this Time Be?

On Toni Morrison and Radically Reimagining

On Toni Morrison and Radically Reimagining

“She helped to create a lasting record that bore witness to the work of activists, marchers and protesters long after their activity had subsided. She was not an activist in the conventional sense of the word. Instead, and perhaps more significant, she helped to forge a path for future stages of a long struggle.”

Before the outbreak of COVID-19 in the US, before the eight weeks of shelter-in-place in the Bay Area, before the virtual teaching and pandemic parenting, before the uprising in response to police violence, I was invited to speak at a Tribute to Toni Morrison held at Underground Books in Sacramento during the last week of February. The event was organized by my friend and colleague, Dr. Christine Montgomery. We were grateful to Mother Rose for opening her beautiful bookstore to us for the evening.

That evening at the tribute, I spoke to the constellation of Morrison’s work and brilliance—to, of course, her novels, but also to the work she did in terms of theory and critique—the work that is deeply connected to our understandings of power, racism, sexism, colonialism, imperialism, and also to the meaning of her work as an editor and the act of publishing so many of her peers—including Angela Davis.

Morrison is the writer who I have learned the most from. Her project—its enormity, its reach—continues to shape the way I approach my work as a scholar of literature , but also to the way I move in and inhabit the world around me. In teaching her work to my students, I have observed how there is a definitive before and after moment for students reading Morrison as there was for me.

In preparation for a community exercise with the audience, Professor Alexandria White asked us to read Morrison’s essay titled “The Future of Time.” In explaining the exercise, Professor White described how radical optimism was central to her pedagogy. I related to this. The radical optimism is tethered to a critical awareness that history or, “this looking back,” as Morrison writes, “offers no solace whatsoever for humanity’s future.” And yet, we press on.

“Time,” Morrison concludes in the essay, “does have a future. Longer than its past and infinitely more hospitable—to the human race.”  Drawing from the questions raised in the essay, we collectively reflected on what Morrison says about time and its future(s) and committed to our vision of what could be imagined. For many of us, this manifested in imagining an after-time and elsewhere-time when there is a complete disavowal of white supremacy and anti-Black racism that produce unnatural, premature, and preventable loss of life. A future of this time would necessitate abolishing and uprooting the systems that have rendered Black people in particular more vulnerable due to racist policies, policing, state-sanctioned violence, and denied access to resources. Together we imagined a different future.

This act of holding space together to collectively reimagine not as a frivolous act but instead as a serious, critical endeavor is akin to what I practice with students in my courses. The reimagining rejects the notion that the presence of institutions before our births means that they must be permanent fixtures in the landscape. To do so means engaging with the structural geography before us knowing that it was created and thus, it too can be dismantled, transformed, and radically reimagined.

twin pandemics blog, The Stories We Tell and Don’t Tell
582987 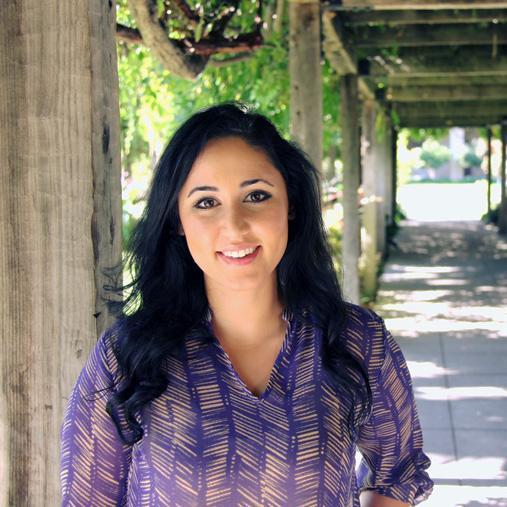 Allia Ida Griffin is a Lecturer in the Department of Ethnic Studies. Her research and teaching interests include MENA/SWANA Diaspora Studies, African American Literature and Performance, and Carceral Studies. Her writing has appeared in Lateral and contemptorary.