On COVID-19, Shakespeare, and being immeasurably weary

Dear friends, I find myself immeasurably weary and I have gone to rest in the forest. It sounds like a daily ritual for some of us these days: heightened exhaustion and retreats to forested paths for a moment of quiet, a change of scenery. These words, though, amount to one character’s attempt at original playwriting embedded in Emily St. John Mandel’s 2014 novel Station Eleven. By this point in the narrative, a global pandemic has swept across the planet, leaving handfuls of survivors stranded without access to modern healthcare, transportation, or electricity. The arts persist, however, in a group of performers known as the Traveling Symphony, whose ramblings across North America’s Great Lakes region bring music and Shakespeare to tattered villages.

“Dear friends, I find myself immeasurably weary and I have gone to rest in the forest.” The Symphony’s clarinet player, penning these words, desires an alternative to Shakespeare: an original work more relevant to the world’s post-pandemic circumstances. “She wanted to write something modern,” narrates Mandel, “something that addressed this age in which they’d somehow landed. Survival might be insufficient . . . but on the other hand, so was Shakespeare.” The clarinet’s view attracts resistance, though. Another Symphony member unfurls his “usual arguments, about how Shakespeare lived in a plague-ridden society with no electricity and so did the Traveling Symphony.”

Perhaps you’ve read something like these “usual arguments” on the Internet recently. “Just a reminder that when Shakespeare was quarantined because of the plague, he wrote King Lear,” tweeted one commentator. “Shakespeare Wrote His Best Works During a Plague,” claimed a writer for The Atlantic, addressing possible outcomes for Broadway’s boarded-up theaters. These and many more “Shakespeare Plague Memes” surround us, the idea being that sheltering in place will provide the time and opportunity for creativity, productivity, innovation.

Such sentiments, of course, ring hollow for essential workers who do not have the privilege of working from home in the first place, for employees working remotely who must now balance their labor with homeschooling and childcare demands, for family members caring for their chronically ill loved ones, for the incarcerated, for the homeless. This pandemic, as many commentators have noted, does not level or erase the differences of race, gender, sexuality, class, and ability – rather, it casts a harsh light upon them. If Shakespeare’s example amounts to inspiration for some, it simultaneously deals a slap on the wrist to those too burdened, too ill, too immeasurably weary – to be productive.

From a privileged place of security, I’ve been thinking about this problem. I’ve been thinking about it while co-organizing a Zoom seminar for the Shakespeare Association of America, while staring blearily at revisions towards an article about Shakespeare, while videoconferencing with my Shakespeare class. There are some good days, and there are some days in which even a mere rest in the forest feels too taxing. Is Shakespeare sufficient – and what exactly do we even mean by “Shakespeare?” These are questions I’m inclined to ponder during “normal times,” but the current public health crisis brings a renewed sense of urgency to them.

This brings me back to Station Eleven, published six years before COVID-19, and in which an attempt at a new play – an alternative to Shakespeare, no less – never gets beyond an expression of exhaustion. The point isn’t that alternatives to Shakespeare, to the canon, are destined to fail; after all, the novel’s title gestures in this direction, to a graphic novel designed and circulated among Mandel’s female characters. (I should add, my Critical Thinking & Writing students just completed terrific graphic novel assignments of their own, in which they recount the new realities of their lives.) To reckon with this incomplete, but initiated work of drama is to acknowledge more fully and to face the inequities that gave way to the status quo in the first place – all in the hope of a more compassionate world. Addressing others as “Dear friends” – our neighbors, students, teachers, coworkers, grocery workers, medical professionals, among many, many others – seems like a reasonable place to begin. Take care, dear friends.

twin pandemics blog, Arts and Humanities in Times of Crisis
570130 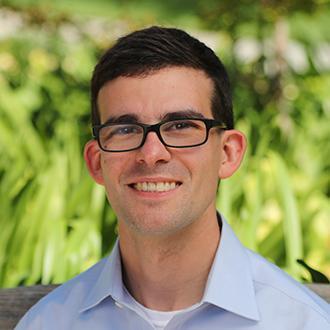 Andrew Keener is Assistant Professor of English at SCU. He teaches courses on writing, literary history and culture, and Shakespeare. He also researches multilingualism and translation on the early modern English stage.