Reflections on George Floyd, Karen, and Social Media in the COVID-19 Era

British Prime Minister Winston Churchill commenting about the utility of quinine in preserving English lives, says, “Gin and tonic saved more Englishmen’s lives and minds than all the doctors in the Empire.” The implicit gender bias of the statement notwithstanding, the connection between the quinine-based tonic and the expansion of British colonialism in Africa and Asia is ironic. Quinine helped preserve the lives of European colonizing agents in Africa. There is no denying the irony in hydroxychloroquine, an advanced synthetic form of quinine, becoming a significant part of American public discourse in the search for an efficacious treatment for COVID-19--thanks in large part to the most bombastic if not whimsical character in American political history.

COVID-19 continues to dominate the American public sphere. When I initially set out to write this invited piece, I planned on writing about COVID-19’s pedagogical utility in helping students appreciate the decimation of Native American populations through old-world diseases. I then mulled on crafting a course on the history of pandemics/epidemics in the Black Atlantic. Another idea was to reflect on the fashionable responses to COVID-19 by kings, media personalities, and ordinary citizens of my principal research location in Ghana, West Africa, the style-conscious Africans’ use of masks as fashion symbols and the recent public engagements of Ga and Asante’s kings. 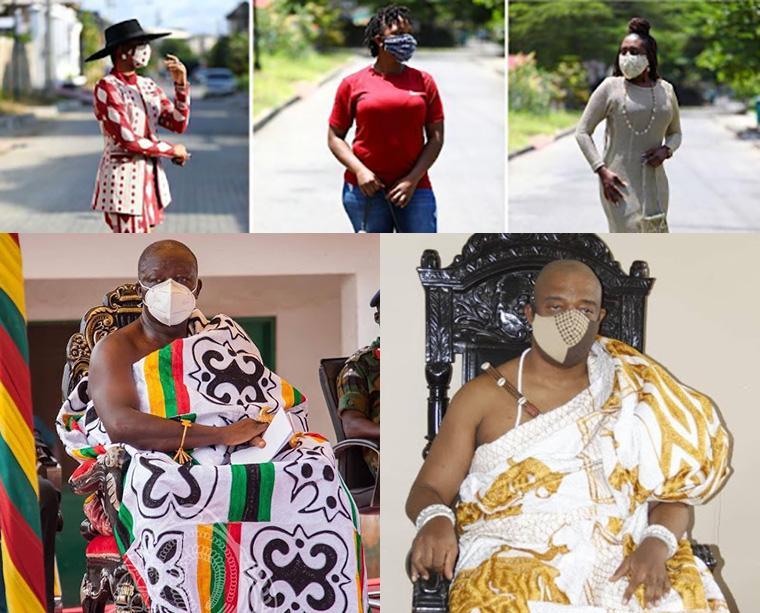 However, I settled on a different COVID-19 topic. Thanks to the shelter-in-place declared in many parts of the US, our collective fixation on television and social sedia combined with the tragic murder of George Floyd to change the national and international narrative. The plethora of revelations about the wanton mutilation of black bodies like mine rendered me numb, despondent, and unnerved, especially when my now eight-year-old son asked who George Floyd was. For a while, I was unable to muster the courage to write.  Buoyed by the ascent of the Black Lives Matter (BLM) movement in the US and its internationalization, I determined to write about my understanding of these momentous events' historical underpinnings. I have since been interrupted several times over by the turbulence of 2020: including preparing to teach online classes, the prospect of evacuating during the height of the California Wildfires outbreak in August/September, the actions of Campus Safety employees on campus, and more recently, the passing of two close family relations whom I find myself unable to grieve or mourn properly.

Beginning March 19, 2020, the officials of several states within the US declared varying shelter- in-place levels for residents. For several weeks preceding the May 25, 2020 murder of George Floyd by police officers in Minneapolis, Minnesota,, most Americans were forced to be home and engage the rest of the world by being glued to their television sets, computers, phones, and other mobile devices.

Over the last two decades, social media platforms, memes, mobile devices, and accompanying apps have transformed technology, global social relations, and information exchange in the global public sphere. In many ways, these social media platforms (Facebook, Podcasts, Twitter, Instagram, WhatsApp, Google, etc.) have broken the monopoly of traditional media platforms and networks. Thus, when videos of George Floyd's shocking murder emerged depicting his plea for his life, “I can’t breathe,” and his cries for his mother flooded social media, there was no turning back. There is also no changing the narrative as traditional news mediums picked up the story. These series of events forced Americans to overcome, even if momentarily, the hegemonic discourse and blind partisanship that is usually associated with American public engagement with police brutality, race relations, and other pertinent national issues. Thus, social media and COVID-19 forced the general American public to no longer neglect, forget, or disengage from the realities of police brutalization of Black bodies.

Nonetheless, there were attempts to change the narrative. This attempt is emblematic in an interview with New Orleans Saints Quarterback Drew Brees, granted to Yahoo Finance’s Daniel Roberts. Asked to reexamine the kneeling of former NFL Quarterback Colin Kaepernick during the playing of the national anthem within the context of the George Floyd protests, Brees’ response implicitly sought to change the narrative to the national flag. Brees claims he "will never agree to anybody [Kaepernick] disrespecting" the United States flag. Brees’ response did not only obfuscate the reason for the protests; it neglected history with its resort to patriotism. In Brees’ seemingly bellicose opinion, "Let me just tell you what I see or what I feel when the National Anthem is played and when I look at the [United States flag]. I envision my two grandfathers who fought for this country during World War II, one in the Army, and one of the Marine Corps, both risking their lives to protect our country."

Brees’ fellow athletes’ responses to him express their disappointment and shock at his ignorance that Kaepernick's kneeling has never been about the flag and his understanding of the actual issues raised by the protestors. However, these responses did not directly address the neglect of history in Brees’ quote. Implicit in the statement is the false assumption that protesters–mostly Black protesters--did not have Black grandparents or family relations who served in the military forces and fought in World War II. On the contrary, about one million African-American soldiers served in World War II. This inaccurate belief flies in the face of Black Patriots, Black Union Army Soldiers and Navy, Black Seminoles or The Buffalo Soldiers, Double V campaigners, and Tuskegee Airmen having fought in every US war since the American Revolution.

Nevertheless, it is not just George Floyd or Drew Brees who intrigue us during this period. There is also the international outdooring of “Karen.” Karen is the moniker for a white woman who at the smallest "provocation" calls the police on Black citizens (including children)in café's, grocery shops, and suburban neighborhoods.  Amy Cooper personifies this self-awareness, boldly threatening a Black man with the uncanny power to accuse him when she is in the wrong. Karen, like Dennis Chauvin, wields power to reach for the jugular of Black bodies. Karen as a name and meme stand alongside Barbecue Betty, Cornerstore Caroline, and Permit Patty as creative new ways of describing Karen–white women's use of their white female privilege. However, this is not new to the Black community's collective memory. While America may have quickly forgotten the murder of Emmet Till, it is still fresh in the memory of Black folk and a stark reminder of the penchant for white women to easily make false allegations against Black men.

The latest iteration or newest form of Karen phenomenology is minstrelsy in the academy. Rachel Dozelal's minstrelsy may have been viewed by many as a rare event. However, Jessica Krug’s recent minstrelsy and her alleged female bully coonery marshaled against her Black female colleagues remind us of the insidious violence of “Karenity.”

Some white women have and continue to be allies to the Black quest for freedom and human dignity. At the same time, however, to repurpose the words of political scientist Jane Junn, “The elephant in the room is white, and female, and she has been calling the “Ken State Patrols” since the slave plantation.”