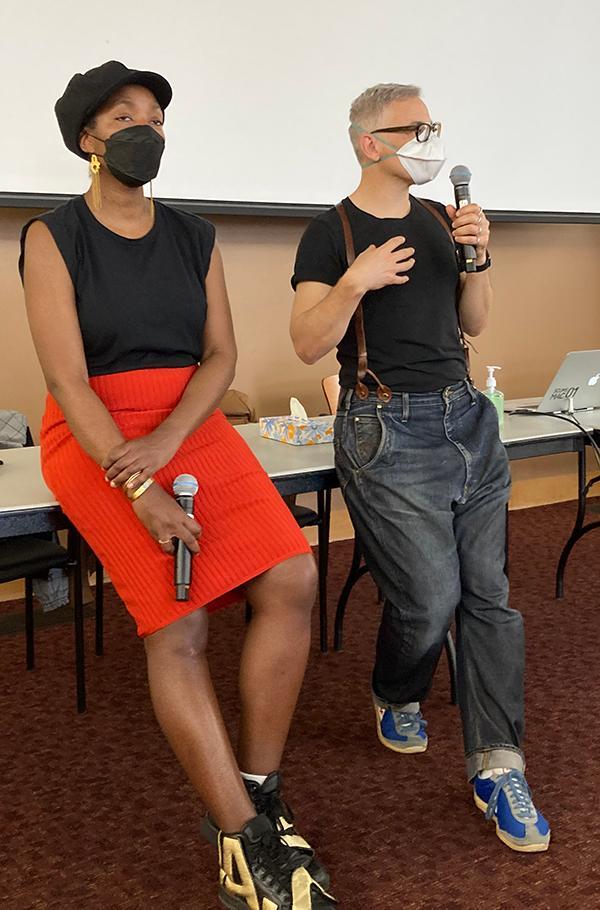 Jimia Boutouba (Modern Languages and Literatures) hosted French filmmaker Amandine Gay and her producer Enrico Bartolucci for a 3-day visit which included class visits, a screening of her second documentary followed by a Q&A session and a panel discussion that explored the intersections of discrimination, art and blackness, highlighting Black female perspectives on community and belonging, activism, black diasporic cultural and political expressions. In cultivating a space that allows for interdisciplinary and critical intellectual exchange across national boundaries, this three-day event informed, engaged, and empowered students in ways that traditional classroom discussions might not afford them.

Amandine Gay is a French Queer filmmaker, activist and scholar, and a leading voice in Afro-feminist cinema. Her first documentary Speak up is a collaborative and collective act of resistance and self-representation, reimagining the talking head documentary to create a complex modern portrait of Afropean women as they examine issues of race, gender, and sexuality. Her second documentary, A Story of One's Own, is another groundbreaking film about transracial and transnational adoption, charting an intimate journey into the lives of 5 adoptees. 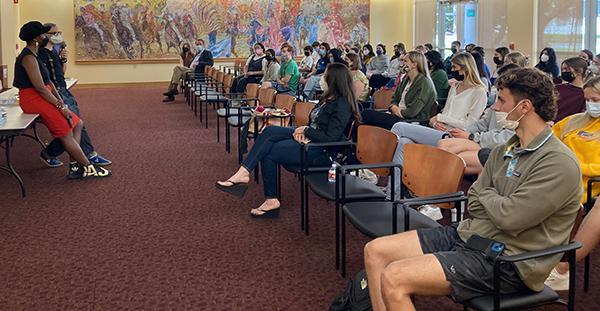 “I was able to practice my French skills in a very practical way, but more importantly, I gained a better understanding of a cultural experience that differs from my own, especially as we all continue to take part in conversations about race and educate ourselves on dismantling discriminative, oppressive systems.”

“Her passion, openness, and sense of humor made the discussion organic, and left me thinking about the topics long after her visit!”

“The visit with Amandine and Enrico was very impactful for me. She connected her experiences to our class topic, and I was so grateful to witness her experiences in person rather than just reading about them.”

“As a POC myself I found her speech to be impactful and the efforts she contributed to French society eye-opening.”

“I found Amandine Gay’s visit to be extremely enlightening as she was able to illuminate and open a discussion on topics that we often are not aware of here in the United States.”

“I found myself enthralled as she described the content and process of creation of her film as she concurrently touched upon the issues caused as a result of racial colorblindness in France. She illustrated just how counterproductive such an ideology is and I am honored and grateful to have heard her speak upon and discuss such pressing and relevant topics.”

Co-sponsored by the Center for Arts and Humanities, SCU-Presents-Arts for Social Justice, The Office for Diversity and Inclusion, The Center for Multicultural Learning, the Departments of Communication, and Women's & Gender Studies.