See what Jimmy Williams '02 is up to. 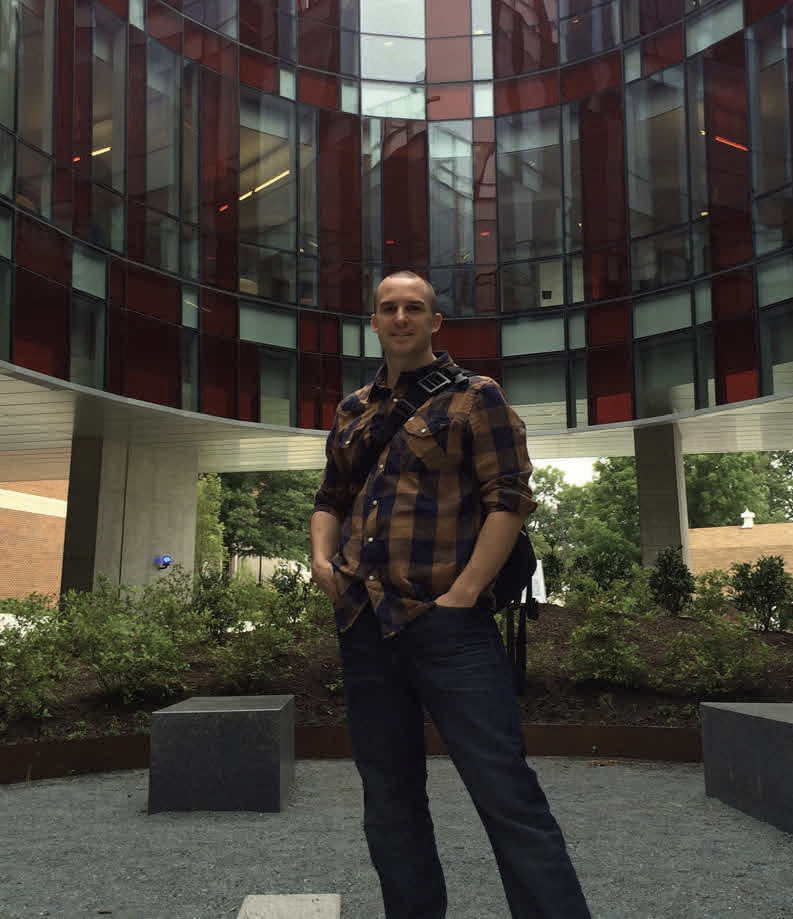 I graduated from SCU in 2002 with a B.S. in Engineering Physics. I was an avid car mechanic in high school and Prof. Betty Young helped put those skills to work doing research for the Cryogenic Dark Matter Search (CDMS). I contributed to low-temperature (~20 mK) measurements in a dilution refrigerator affectionately known as “Bertha”. Working on CDMS, I became enamored with fabrication of small devices; after graduation I spent some time working in a molecular electronics lab at NASA-Ames.

From Ames I went to Harvard for graduate studies, where I researched a material called graphene (single-layered graphite). When a material conducts electricity, the particles that carry electrical current don’t necessarily have to behave like electrons — you can trick them into behaving like almost any particle you like. In graphene, the electrons resemble photons and you can make devices that exploit the photonlike properties of these electrons. So if I can make electrons behave like photons, what else can I do with them? That was the question on my mind when I finished graduate school.

After receiving my Ph.D., I took a postdoctoral position at Stanford where I could address this question. One of my projects was to search for the “Majorana fermion”, a particle that was predicted to exist more than 75 years ago. From Dirac’s solution to the relativistic wave equation describing spin-1/2 particles came the idea that each particle has a partner, an antiparticle. Electrons have anti-electrons (positrons), for example. The wave functions of particles and antiparticles are related by complex conjugation. About ten years after Dirac’s solution, Ettore Majorana showed that quantum mechanics allows for neutral spin-1/2 particles to be described by a real wave equation (now known as the Majorana equation), and hence to be their own antiparticles!

One candidate for this hypothetical “Majorana fermion” is the neutrino (already known to exist in the Dirac form), and particle physics researchers have spent the past few decades looking for evidence that Majorana neutrinos exist. Condensed-matter physicists are also looking for Majorana fermions, but our experiments usually center on studying fundamental physics with customfabricated nanoscale devices in “bench-top” physics labs.

In some sense, the work I participated in with Prof. Young at CDMS looking for exotic particles has come full circle. The search for Majorana is still on. In March of this year I moved to the University of Maryland as an Assistant Professor. I have been working on an approach to identify concrete signatures of the Majorana particle. It’s a great job! I have a big lab and a bunch of money to do whatever physics I want. It doesn’t get any better than that.