Some of the students’ comments:

Professor Mazzotti painted an intriguing picture of the view of women in the 18thcentury. Women of that time were, on occasion, given the opportunity to be seen as an equal until gender roles set in and they were then confined to being a housewife or nun. Even then, the idea of an intelligent woman was treated more as a peculiar oddity, or form of entertainment, rather than an equal intellectual. Men came from all over Europe to marvel at the strange character of a woman with an intelligent mind, without a university education! Not, of course, because she was permitted to attend a school, but because she was intelligent and witty in her own right. Maria Agnesi and the other women Prof. Mazzotti discussed did leave their mark on the world, but it is unfortunate that gender roles made their successes the exception instead of the rule.

When reflecting on this fascinating lecture, I realized that there were many facets to Agnesi's life and feelings towards her gift of knowledge. As I read the oration, I thought that Agnesi was very passionate about fighting for women's education and that she voluntarily conducted speeches to raise this awareness. Dr. Mazzotti brought to light that Agnesi was essentially exploited by her father to raise her family's social status and gain notoriety in Italy and surrounding countries. It was also very interesting to see that her 'intellectual status' was separated from her charitable identity within the city of Milan; Dr. Mazzotti commented that if no one knew, she could have been two completely separate people in the eyes of religious groups and scientists. I really enjoyed the lecture and learning more about prominent women in science! 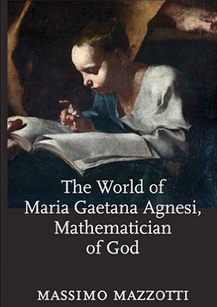 The lecture particularly grabbed my attention when Prof. Mazzotti asked whether or not Agnesi's father treated her talent well and discussed what her own perspective was. He suggested that perhaps the life of a child prodigy, not just Agnesi but also Mozart and others, was less than ideal despite their genius as they were paraded around almost like, in his words, "a freak show". I found myself realizing that though I admire such talented individuals especially if they are young, it is somewhat of a voyeuristic attitude and mindset with which I do so. Being put on display in that way can take its toll as the Professor pointed out Agnesi's strained health at an early age.

A question was asked regarding Maria's own thoughts concerning her early life to which Professor Mazzotti noted her ironic little statements describing the garden meetings and "exhibitions" held in her home. On the other hand, without the endorsement and pushing of her father, it is unlikely that she would have ever become a known figure. Rather than quashing her intellect, Agnesi was allowed to expand her horizons and engage with the leading minds of her time, becoming one herself. This in turn has made her known to us in the modern day, an unlikely event had her father not shown her off. It is these contrasting views of Maria Agnesi that make studying not only the material she created, but the life of the woman herself so engaging for the Professor, but also the students he lectures for.

Going into this lecture I was under the presumption that the stereotypes held today were derived from traditional schools of thought, that these ideas have always been present and Italy was no different. I was completely unaware the powerful roles women were allowed to hold in Italy. Prof. Mazzotti explained that the stereotypes we are so accustomed to today were not there in Italy during this time, there was never the question of whether women were mentally capable of learning, the only argument was that it was considered wrong because it had never been done before. 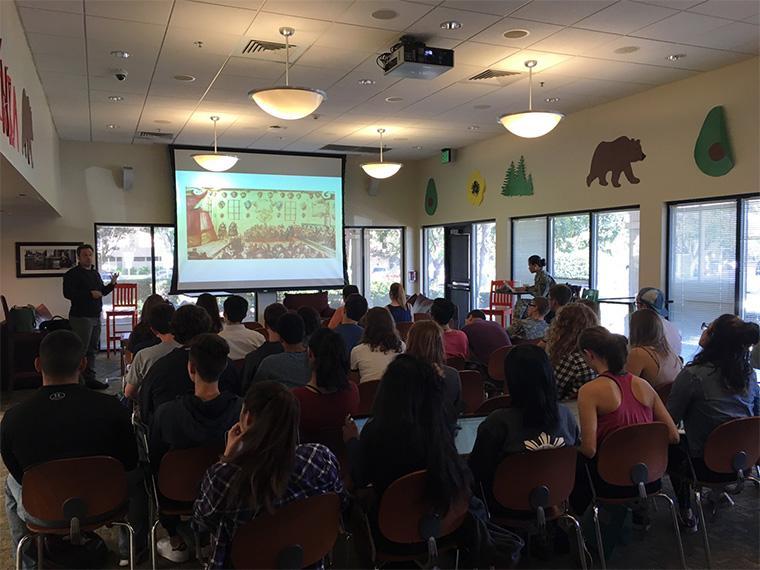