Four new members have been selected to join Santa Clara University’s Board of Trustees.

SANTA CLARA, Calif., July 19, 2019 — Four new members have been selected to join Santa Clara University’s Board of Trustees, bringing to 46 the number of  individuals who help set policies and strategy for the 168-year-old University.

The newly elected trustees, elected at the board’s June meeting, are recent SCU alumna Elizabeth Connelly ’15; former executive chairman and founder of Trust Company of America, Stephen A. Finn  MBA ’76; and human-rights attorney, Jesuit priest, and president of the Jesuit University of Guadalajara (ITESO) Luis Arriaga Valenzuela, S.J. Investment banker Peter Morin ’85 was added as an ex officio (non-voting) member by virtue of being chair of the University’s Board of Regents.

“Santa Clara University is grateful for the tremendous dedication of time, talent, and expertise being offered by our new trustees,” said Michael E. Engh, S.J., whose term as president of Santa Clara University ended June 30.  “Their diverse personal and professional life experiences will enrich the university as it seeks to finalize an ambitious comprehensive campaign, and beyond.” 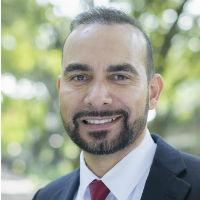 Luis Arriaga Valenzuela, S.J., is an attorney, Jesuit priest, and currently president of ITESO, one of the most prestigious Jesuit universities in Latin America, located in Guadalajara, Mexico.

Arriaga Valenzuela holds a doctorate degree in education from Loyola Marymount University and was for two years a post-doctorate fellow at the Stanford School of Law. He also earned an LL.M. in international law from Fordham University, a master’s degree in social philosophy from ITESO, and bachelor’s degrees in law and theology from Universidad Iberoamericana. He holds an international law and justice certificate from American University’s Washington College of Law as well as a nonprofit management executive certificate from Georgetown University.

From 2006 to 2011, Arriaga Valenzuela served as director of the Centro Miguel Agustín Pro Juárez, a leading human rights center in Mexico City. During his tenure, he litigated landmark cases before the Inter-American Court of Human Rights and the Mexican Supreme Court. He has taught human rights and legal ethics at various universities such as Loyola Law School, Stanford University, Universidad Iberoamericana, and Santa Clara University.

He has published multiple articles on human rights and legal issues in Mexico and Latin America, and has experience in campus ministry.

“I have witnessed SCU’s efforts to educate students in the criticalness of the status quo and the commitment to solving the most pressing legal problems of the United States, with academic excellence and seeking social justice,” said Arriaga. “ I look forward to fortifying ties between Jesuit universities in Mexico and Latin America in order to enhance internationalization, academic excellence, social innovation, and a better understanding between the United States, Mexico and other countries in Latin America.” 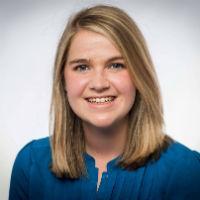 Elizabeth Connelly ’15 is a medical student at Stanford University School of Medicine. She graduated from Santa Clara University with a bachelor's degree in theatre arts and a minor in biology.  Connelly served for a year with the Jesuit Volunteer Corps in Scranton, Pennsylvania, working in the Community Health Department of United Neighborhood Centers of NEPA. During medical school, she has volunteered with Stanford’s Cardinal Free Clinics and served as a class representative on the Stanford Medical School Student Association.

At Santa Clara, Connelly was awarded the Saint Clare Medal and Markkula Prize. She was a member of Alpha Sigma Nu Jesuit, Phi Beta Kappa, and Alpha Psi Omega National Theatre honor societies, and was on the Dean’s List. She participated in the health care ethics internship at the Markkula Center for Applied Ethics, a year-long program that places students in hospitals and other health facilities.  In her senior year, she was a Honzel Fellow in Health Care Ethics, also at Markkula.

“I am incredibly grateful to serve SCU in this new capacity,” said Connelly. “My time at Santa Clara was fundamental to my personal development and provided educational and professional opportunities that prepared me to succeed. I am excited to serve the university that gave me so much, and ensure future students continue to have positive and formative experiences as Broncos." 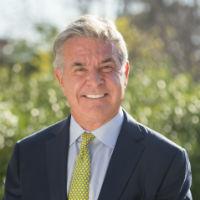 Stephen A. Finn MBA ’76 has made significant strategic and developmental contributions in both business and public arenas for the past two decades. As former CEO and chairman of the board of Trust Company of America, which he acquired in 1992, Finn played an active role in the company’s strategic direction and sales efforts until its acquisition by E*Trade in April 2018.

In 1998, Finn was elected to serve a four-year term on the Los Altos Hills City Council and served as mayor of the city from 2000 to 2001. He is also a key contributor to the Community School of Music and Art at Finn Center in Mountain View, California. The Finn Center was recently chosen as one of the winners of the prestigious Business Week/Architectural Record Awards. He currently serves as a board member at Cristo Rey San Jose Jesuit High School.

Finn served on the SCU Board of Regents from 2006-2018 and is currently a regent emeritus. He is a member of the SCU Trustee Finance Committee. His large gifts to the University include gifts to the Finn Residence Hall and Leavey School of Business. 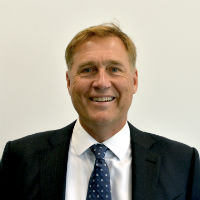 Peter B. Morin ’85 joins the Board of Trustees as an ex officio representative as chair of the University’s Board of Regents. He founded and serves as managing director at Watermark Companies, a private investment firm. He also serves on the boards of Southgate Engineering, Abrado, and Rayne Corp.  Morin founded and serves as chairman of Adopt A Highway Maintenance Corp., a company that has long developed public-private partnerships benefiting government, corporate sponsors, and communities. He is an active member of the California Coast Chapter of the Young Presidents Organization where he has held various leadership positions culminating with chapter chair.

“Santa Clara University has always been a uniquely special place to me that offered the opportunity to earn a world-class education while developing lifelong relationships,” he said. “Santa Clara University and the Jesuit values have repeatedly factored into personal and professional decisions throughout my life, and I hope to help the Regents define our valued purpose in a way that is meaningful to them, and contributes to the University and the interests of the Trustees.”

About Santa Clara University
Founded in 1851, Santa Clara University sits in the heart of Silicon Valley—the world’s most innovative and entrepreneurial region. The University’s stunningly landscaped 106-acre campus is home to the historic Mission Santa Clara de Asís. Ranked the No. 1 regional university in the West by U.S. News & World Report, SCU has among the best four-year graduation rates in the nation and is rated by PayScale in the top 1 percent of universities with the highest-paid graduates. SCU has produced elite levels of Fulbright Scholars as well as four Rhodes Scholars. With undergraduate programs in arts and sciences, business, and engineering, and graduate programs in six disciplines, the curriculum blends high-tech innovation with social consciousness grounded in the tradition of Jesuit, Catholic education.  For more information see www.scu.edu.