SANTA CLARA, Calif., May 19, 2021— Santa Clara University is proud to announce that four Broncos have earned prestigious scholarships through the Fulbright U.S. Student program, to study or teach in Armenia, India, Germany, and Taiwan.

Santa Clara University has produced 50 U.S. Student Fulbright finalists (winners) since the program’s inception over 50 years ago. The Fulbright awards cap off a successful 2020-21 academic year of notable awards for SCU students or alumni, during which:

“We are extremely proud of our students, who labored under extraordinary conditions this year to earn these competitive scholarships. We also commend the many SCU professors and mentors who encouraged, supported, and helped bring out the best in these young scholars,” said SCU Acting President Lisa Kloppenberg. “The University is honored to count these outstanding Broncos as Santa Clara students and alumni.” 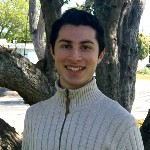 ARMAND AIBARA
Armand Aibara ’21, a double major in political science and German, will be an English Teaching Assistant in Mecklenburg-West Pomerania, Germany, next fall. He’s had an excellent role model in mom Bindi, an elementary school teacher in Santa Clara, where he was raised.

Aibara traveled extensively as a child because his father, Farokh, is a pilot based in Doha, the capital of Qatar. That taught him the value of being a positive international ambassador in countries like Germany, India, Italy, Qatar, and the UK.

“I’ve always been drawn to the notion of international collaboration and representing the United States as a cultural ambassador,” said Aibara, whose sister Sasha Aibara is a Bronco, Class of 2022. “It’s especially important in this day and age, when there’s this notion that democratic ideals in the U.S. aren’t always fully realized.”

At SCU he participated in the political science honors program, served as a peer advisor, and studied in Freiburg, Germany, which he calls the most impactful experience of his academic career. He said his German major, through the Modern Languages and Literatures department, is a great springboard for the sort of foreign service work he hopes to make his profession someday.

“Languages are a great and tangible way to build a bridge with another community,” he said.

As an English Teaching Assistant Fulbright, his work will focus on serving diverse students who have immigrated to Germany, teaching them English and sharing American language, culture, and values.

“I think democracy is worth talking about,” he said. “Sure, it doesn’t work all the time, but the American example is strong because of our community and our history as a nation of overcoming obstacles, including challenges to government and democratic values.” 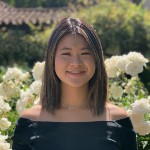 JOCELYN CHI
Jocelyn Chi ’21, a psychology and marketing double major, has close ties to Taiwan, the country where she’ll be a Fulbright English Teaching Assistant this fall. Her parents Ling Ling Chung and Peter Chi emigrated from Taiwan in 1988, becoming a pharmacist and doctor, respectively, and raising Chi and her sister Evelyn in Arcadia, California, near Los Angeles.

“One of the reasons I wanted to apply for a Fulbright in Taiwan was to reconnect with my culture and really work on my Mandarin language skills,” said Chi. She said she learned confidence and honed her cultural-navigation abilities when she studied abroad in Barcelona—even though she didn’t speak Spanish.

Her work for the past three years with the Santa Clara Community Action Project, known on campus as “SCCAP,” also was life-changing, she said. As an Asian-American person with a disability (ADHD), Chi was drawn to SCCAP’s dedication to activism, compassion, social justice, and awareness of social issues in and around the campus community.

Through SCCAP, Chi volunteered as a teacher's assistant at Chandler Tripp, a San Jose preschool for children with disabilities, then became a program coordinator recruiting SCCAP volunteers. That led to her current role as associate director at SCCAP, working on leadership development and programming such as anti-racist education. “I know that experience will be really important when I’m working in the classroom” in Taiwan, she said.

Chi also is a member of the SCU Orchestra, and plans to bring her violin to Taiwan to teach lessons to her students. She has been a peer advisor for registered student organizations at SCU’s Center for Student Involvement, and served as a student representative on the University’s COVID-19 Resilience and Recovery Working Group. She participated in the Ciocca Center’s Bronco Accelerator Prep School, which helps students with ideas for startups get the information they need to move forward. 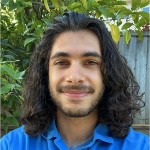 RYAN NAZARI
It’s not surprising that Ryan Nazari ’21 fell in love with the concept of “unpublished texts” in a Shakespeare class taught by English Prof. Andrew Keener. In many ways, his identity as an American of Assyrian and Armenian descent—cultures afflicted by war and genocide, with vast diasporas worldwide—is an “unpublished” one, little reflected in books or current news.

From kindergarten on, Nazari was regularly told by teachers and others that his language and culture didn’t exist. But he never stopped pursuing knowledge about both, finding it in places like Ethnic Studies Prof. Allia Griffin’s class on the Middle Eastern diaspora—where he had academic space to ask questions about his identity. He did much the same while studying abroad in Rome, after he received a grant to talk with Assyrians living in Sweden.

As a child of immigrants, he also didn’t have the normal role models to teach him how to read and write at the advanced level he desired. But Nazari did have strong problem-solving skills, which he learned especially from his mom, Roussana. While she doesn’t have a college degree, he credits her with raising him and his three siblings to be confident and successful adults: his brothers are studying at Harvard and University of Southern California, while his sister is graduating from high school next year.

Roussana, who now works as a project manager at a tech company, found ways to send her kids to private Jesuit schools, and encouraged them to find the means to attend college. Nazari, a double major in English and philosophy, was invited to become a LEAD Scholar at SCU for academically strong students whose parents did not complete four-year colleges. He received Pell Grants and other aid to attend Santa Clara.

As a Fulbright, he will teach at a university in Armenia and conduct English workshops for refugees from Nagorno-Karabakh, Syria, and nearby regions.

“Learning English is a way to help inspire agency and confidence,” said Nazari, who hopes to be either a college professor or lawyer. “When I studied English at SCU, I really became confident in who I am.”

Nazari also has been a writing tutor at the HUB Writing Center, a peer educator for LEAD Scholars, and a Canterbury Scholar, through which he conducted research into the works of Assyrian poet William Daniel and their relevance today. Nazari presented his research at a Johns Hopkins conference and an article on it may soon be published in Johns Hopkins’ Macksey Journal. He was active in the LEAD Program all four years, finding it a supportive environment that offered him extracurricular opportunities and funding, emotional support, and guidance. 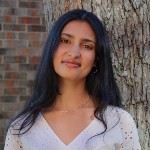 ANJALI RANGASWAMI
Anjali Rangaswami ’21 is a sociology major from San Francisco, the youngest of two daughters of a professional cellist mom, Krisanthy, and her father MR, an angel investor and community organizer.

Her work studying the sociology of online sexual harassment and leading SCU’s Violence Prevention Program for three years has had a profound impact on her life’s trajectory.

“I had some incredible research experiences just doing my sociology major at Santa Clara,” said Rangaswami, who conducted studies on online sexual harassment for her senior capstone project. That research led to her leading SCU’s student-run sexual violence prevention program through the campus Wellness Center. She worked with other students, faculty and staff members to educate the campus community on issues that contribute to sexual assault, harassment, relationship abuse, stalking and hazing.

“I got a lot of experience working directly with my peers to educate students on how we can change society’s culture of violence and support survivors, to ultimately create the culture shift that’s necessary for change,” she said.

Rangaswami hopes to bring that same passion to her Fulbright research, which she plans to conduct in Mumbai, India, focusing on the intersectionality of caste and gender on sexual harassment in Indian higher education.

“People with more marginalized, gender and caste identities face higher rates of violence or different sorts of violence,” she said. “I’m interested in how we can prevent violence and create nuanced interventions, in a way that acknowledges the different facets of people’s identities.”

At SCU, Rangaswami also served as peer educator for the Sociology and Modern Languages and Literatures departments; she studied abroad in Brussels, Belgium; is the vice president of the Alpha Sigma Nu Honors Society, and served as an Intern for Bronco Urban Gardens.

She hopes to get a master’s in public administration to help implement large-scale policy and government interventions to reduce violence against women.

About Santa Clara University
Founded in 1851, Santa Clara University sits in the heart of Silicon Valley—the world’s most innovative and entrepreneurial region. The University’s stunningly landscaped 106-acre campus is home to the historic Mission Santa Clara de Asís. Ranked among the top 15 percent of national universities by U.S. News & World Report, SCU has among the best four-year graduation rates in the nation and is rated by PayScale in the top 1 percent of universities with the highest-paid graduates. SCU has produced elite levels of Fulbright Scholars as well as four Rhodes Scholars. With undergraduate programs in arts and sciences, business, and engineering, and graduate programs in six disciplines, the curriculum blends high-tech innovation with social consciousness grounded in the tradition of Jesuit, Catholic education. For more information see www.scu.edu.