SANTA CLARA, Calif., June 14, 2022—On June 8, President Biden nominated Santa Clara University School of Law Professor Catherine Sandoval—an advocate and leader in public-infrastructure safety for decades— to be a member of the U.S. Chemical Safety and Hazard Investigation Board (CSB).

The board is an independent federal agency charged with investigating industrial chemical accidents. CSB oversees investigations into the root cause of chemical accidents at industrial facilities, and makes recommendations for improvements to the plants; regulatory agencies such as the Environmental Protection Agency; industry organizations; and labor groups.

“This news is fantastic for the country, for the safety of our nation’s infrastructure, and for Santa Clara University,” said Lisa A. Kloppenberg, acting president of Santa Clara University. “Professor Sandoval has been a tireless advocate for equity, regulatory integrity, and industry accountability for decades—and we could not be more proud of her.”

“I am greatly honored to have received this nomination,” said Sandoval, who holds a B.A. from Yale University, a master of letters from Oxford University, and a J.D. from Stanford Law School. “The CSB presents a great opportunity to use my experience in energy, safety investigations, communications, and regulation to advance safety and protect workers, communities, jobs, and the environment.”

An Expert for More than 30 Years 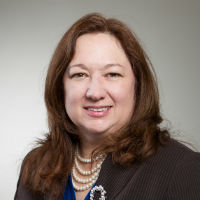 The news release issued by the White House identified her as “a regulatory and legal expert for more than thirty years and a safety leader for more than two decades.” She has worked with her classes and students to lead efforts to hold electric utilities, especially PG&E, accountable for their failure to maintain the power grid, causing massive wildfires or disruptive power shutoffs.

The White House release noted her work advancing “infrastructure safety, reliability, access, and equity” including her six-year term as a commissioner of the California Public Utilities Commission (CPUC) and as a director of the Federal Communications Commission’s Office of Communications Business Opportunities. She was also undersecretary and senior policy advisor for housing in California Gov. Gray Davis’s administration, and staff director of California’s Business, Transportation, and Housing Agency, working with law enforcement to respond to infrastructure vulnerabilities and hazardous incidents.

The U.S. Senate will hold a hearing on her nomination to the three-member board, and will vote by the end of the year. If confirmed, Sandoval will take a leave of absence to take on this full-time role.

From the Barrio to a Series of Impressive “Firsts”

The White House noted that Sandoval “hails from a trailer park, the barrio of East Los Angeles,” and that she attained a series of “firsts” in her life and career:

Sandoval is currently in England as a visiting researcher at the University of Reading, then will be directing SCU Law's summer program at Oxford University.

About Santa Clara University School of Law
Santa Clara University School of Law, one of the nation’s most diverse law schools, is dedicated to educating lawyers who lead with a commitment to excellence, ethics, and social justice. Santa Clara Law offers students an academically rigorous program including certificates in high tech law, international law, public interest and social justice law, and privacy law, as well as numerous graduate and joint degree options. Located in the heart of Silicon Valley, Santa Clara Law is nationally distinguished for its faculty engagement, preparation for practice, and top-ranked programs in intellectual property. For more information, see law.scu.edu.

Prof. Catherine Sandoval  (second from left) testifies at a hearing before the U.S. Subcommittee on Communications and Technology.