Rob Cady ’23, a physics and math double major, and Michael Nguyen ’24, a neuroscience and music double major, each will receive $7,500 to support their undergraduate tuition, room and board, books and fees.

“We are extremely proud of these two outstanding students who are skillfully using research to pursue advancements in their respective fields of study,” said Ed Ryan, acting provost of Santa Clara University. “We also are grateful to their professors and advisers who generously share their time, expertise, and counsel with our students to position them well for their academic and professional careers.” 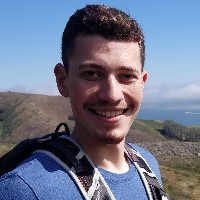 Junior Rob Cady grew up in Pleasanton, Calif., homeschooled by his parents, Curtis and Barbara.

As a high school junior, he attended Quantum Camp and got hooked on the vast—and as-yet unfulfilled—promise of quantum computing to help researchers from fields like cybersecurity or biomedics accomplish giant computational feats necessary for major innovations.

At SCU, Cady has worked with physics Associate Professor Guy Ramon on research that aims to make quantum computing more accessible to researchers. They have worked to identify “two level fluctuators” that can cause quantum computing to be unreliable by creating “noise” at the subatomic level.

Cady won the physics department’s Carl H. Hayn Physics Prize for the most outstanding student in Physics for Scientists and Engineers.

“Since meeting Rob over a year ago, he has not ceased to impress me with his academic capabilities, strong motivation, work ethic, and overall personality,” said Ramon. “He demonstrates original thinking, sees the ‘bigger picture’ in ways beyond his years, and leaves no stone unturned until he solves the hardest of problems.”

Cady says he chose Santa Clara in part because the University made it easy for him to double major by accepting so many of the community college credits he earned while being home schooled.

In addition to loving the challenge of math courses like linear algebra, Cady says he’s grateful for faculty including Ramon and physics department chair and Professor Betty Young. Such professors “have been awesome in making me aware of opportunities and really helping me go for them.”

Nguyen: Serving Others Through Hands-On Research 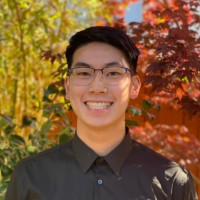 Sophomore Michael Nguyen is a Bay Area native who grew up in Milpitas, California. His father David is an electrical engineer, as was his late mother, Helen. Both instilled their pride in the family’s Vietnamese heritage in their son.

Nguyen came to Santa Clara believing he wanted to become a doctor, partly because of health problems he and his family had experienced. But he learned at SCU that conducting research is another hands-on way to help others, and he fell in love with the experimental, collaborative, and controlled-discovery process of research.

In SCU’s Halladay Lab—named after psychology Assistant Professor Lindsay Halladay—he has worked on numerous research projects, including studying maternal stress in mice, and contributed as co-author on three scholarly publications. He also is the first chair clarinet player in the SCU Wind Ensemble and a fourth-degree black belt in Taekwondo (for which he’s also a nationally certified coach and referee).

“Michael is ambitious, intellectually gifted, and demonstrates great attention to detail,” said Halladay, who said Nguyen was doing advanced work independently in the lab even as a first-year student. “With his strong critical analysis of research design, precision with research methods, and authentic excitement for scientific discovery, he clearly has a future in scientific endeavors.”

Nguyen plans to pursue a Ph.D in neuroscience, conducting research on the cellular underpinnings of neurological disorders such as multiple sclerosis. He is open to being a university professor or even earning an M.D./Ph.D. in order to run hospital clinical trials.

“The study of the brain, which is such a complex organ, has a lot of work left to be done, and that’s what I’m really passionate about,” he said.

About Santa Clara University
Founded in 1851, Santa Clara University sits in the heart of Silicon Valley—the world’s most innovative and entrepreneurial region. The University’s stunningly landscaped 106-acre campus is home to the historic Mission Santa Clara de Asís. Ranked among the top 15 percent of national universities by U.S. News & World Report, SCU has among the best four-year graduation rates in the nation and is rated by PayScale in the top 1 percent of universities with the highest-paid graduates. SCU has produced elite levels of Fulbright Scholars as well as four Rhodes Scholars. With undergraduate programs in arts and sciences, business, and engineering, and graduate programs in six disciplines, the curriculum blends high-tech innovation with social consciousness grounded in the tradition of Jesuit, Catholic education. For more information see www.scu.edu.