Anna Sampaio is an Full Professor with specializations in Latina/o politics, race and gender politics, critical race and gender theory, intersectionality, transnationalism, and immigration.  Her books include Terrorizing Latina/o Immigrants: Race, Gender, and Immigration Politics in the Age of Security (2015, Temple University Press),  and Transnational Latino/a  Communities: Politics, Processes, and Cultures (2002, Rowman and Littlefield, co-edited with Carlos Veléz-Ibañez) along with several research articles including “Latinas and Electoral Politics: Expanding Participation and Power in State and National Elections,”(in Gender and Elections: Shaping the Future of American Politics, eds. Sue Carroll and Richard Fox); "Deracialization and Latino Politics: The Case of the Salazar Brothers in Colorado," (with Eric Gonzalez Juenke) appearing in Political Research Quarterly; "Emerging Pattern or Unique Event? The Power of the Non-Racial Campaign in Colorado, " (with Eric Gonzalez Juenke) (in Beyond the Barrio: Latinos in the 2004 Elections., eds. Rodolfo O. De la Garza, Louis DeSipio, and David L. Leal); and “’I’m Latina and I Vote’: An Examination of Latina Political Participation in Colorado.” (Briefing Paper for the Latina Initiative). Her current book project, Latinas Political Participation (Routledge) examines the history of Latina political participation and activism in the U.S., with particular attention to the experiences of Mexican American, Puerto Rican, and Cuban American activists in the 19th and 20th century.

In addition to being active in the American Political Science Association and Western Political Science Association (particularly via organized sections such as the Race, Ethnicity, and Politics Section, and the Women and Gender Justice caucus), Anna is co-editor of the journal Politics, Groups, and Identities and has served previously as Associate Professor of Women's and Gender Studies at Rutgers University, as well as Associate Professor of Political Science at the University of Colorado, Denver. She has also worked with a number of campaigns and non-profit organizations including the Latina Initiative, the Hispanic Leadership Council, the American Friends Service Committee, and the Bilingual Advisory Committee with the Denver Election Commission.

In addition to her research, teaching and service, Sampaio blogs on race, gender and politics for a variety of organizations. See for example: “Revisiting Latina/o Gender Differences in Party Support,” (with Christina Bejarano) for Latino Decisions, and “Immigration and Sanctuary Cities” for North Philly Notes.

Anna Sampaio discussed the world’s most populous countries that have never elected a woman leader, "The U.S. Is Long Overdue for 'Madam President’s Day': Weekend Reading on Women’s Representation." Also in Belatina, the 19th News, and 5 other sources. 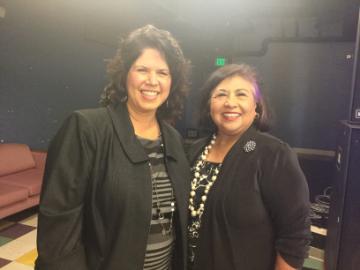 Dr. Anna Sampaio and Gloria Molina, the first Latina elected to the CA state legislature and LA County Board of Supervisors. 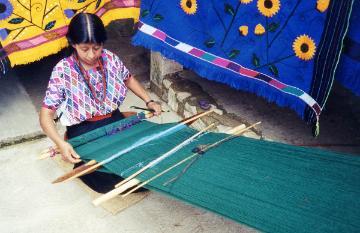 Tzotzil woman from Chiapas, Mexico engaging in a traditional form of weaving. 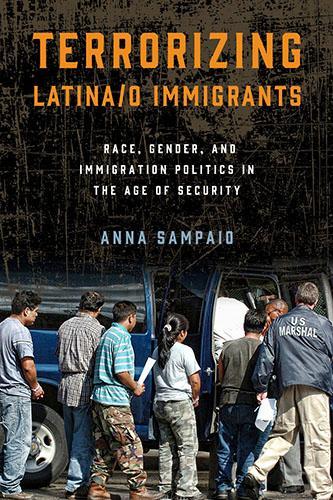 Check out the book here!